Reliance's valuation is a mix of the legacy hydrocarbons business and the higher terminal values that investors have been ascribing to retail and telecom. With Ambani's recent ESG foray plans, the company is likely to attract investments from ESG funds 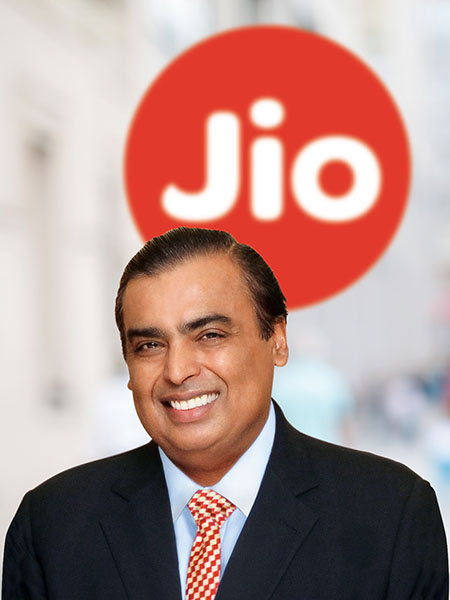 After a decade of occupying
the top spot on the Forbes India Rich List, Mukesh Ambani spent 2021 further cementing his position

After a decade of occupying the top spot on the Forbes India Rich List, Mukesh Ambani spent 2021 further cementing his position. As his consumer businesses in retail and telecom matured, so did the market expectation of their potential. As a result, the chairman of Reliance Industries saw his net worth climb to $92.7 billion (₹6,95,200 crore).

In June, the inveterate entrepreneur also unveiled his next growth engine in the green energy space. On the anvil are plans to build four gigafactories in Jamnagar. In addition, Reliance also plans to construct a solar photovoltaic module factory that would convert raw silica into polysilicon and then to wafers. Ambani plans to invest a total of ₹75,000 crore in the green energy space, although details of what the amount will be spent on remain sketchy.

Reliance’s valuation is a mix of the legacy hydrocarbons business and the higher terminal values that investors have been ascribing to retail and telecom. Over the last year, there has been a steady stream of news in both these businesses, which has resulted in investors ascribing FAANG-like valuations to the business.

As it gets more conscious on the ESG scale, expect Reliance to attract more investments from ESG funds.

In the retail space, there is the impending buyout of Future Retail, which would give the company an unassailable lead in India’s rapidly evolving retail landscape.

JioMart, its delivery service, competes against Amazon, Flipkart and BigBasket, giving it a toehold in the grocery delivery market that is expected to grow at 25-30 percent a year for the next decade. “They seem to be making the right moves,” says Ambareesh Baliga, an independent market expert. He cites the recent decision to partner with 7-Eleven for a network of neighbourhood stores challenging kiranas.

As it prepares to build out these businesses, RIL raised ₹47,265 crore by selling a 10.09 percent stake in Reliance Retail Ventures to a clutch to investors (Silver Lake, KKR and Mubadala, among others) in 2020.

The stake sales in both retail and telecom, where it raised ₹199,320 crore, have transformed RIL’s balance sheet and positioned it for the next leg of growth. Borrowings are down from ₹355,000 crore in March 2020 to ₹270,000 in March 2021, making it a net zero debt company.

Apart from green energy, Jio promises to be another significant investment area on Ambani’s to-do list. It now has the advantage of being the largest carrier by subscribers in a consolidated three-player (plus BSNL) market. The industry has fought a debilitating price war since 2016 when Jio first launched its services. Average Revenue Per User (ARPU) has trended down, while capital expenditures for licence fees and network rollouts and interest payments have risen.

There are now signs that the industry should once again see ARPUs trend upwards, although estimates on how high they could go vary widely. Jio has seen its ARPUs move from ₹145 to ₹143.6 in the year ended September 30, 2021.

It is now putting in place plans to take its lead in telecom to build moats around a variety of businesses, from entertainment to smart homes and e-shopping to telemedicine. There is also the impending launch of a smartphone in partnership with Google that could lock in value conscious subscribers.

Lastly, there’s the legacy hydrocarbons business where Saudi Aramco has been brought in as a partner with a $15 billion (₹1,12,500 crore) investment. While due diligence on that investment is pending and the fate of the deal is unknown, the business holds promise as Ambani plans to convert it into an oil to chemicals play. Its refined petrochemical products form the feedstock for a host of specialty chemicals and once the company announces the products it plans to manufacture the market could re-rate that business as well.

For now, Reliance Industries is still priced using a sum of the parts valuation metric. While the legacy hydrocarbons business is a drag, the new age telecom and retail businesses have been ascribed higher terminal values by the market. At a market cap of ₹17,21,000 crore, it has surpassed rival Tata Consultancy Services valued at ₹13,33,000 crore. The stock trades at about 30 times FY22 earnings and a return on equity of 8 percent.

Baliga, the independent market analyst, says that the company has a good story to sell, but is cautions that it would be imprudent to extrapolate current valuations too much into the future. “This is a market where every (story) is selling,” he says, while agreeing that RIL has a lot going for it. Still, a rise in interest rates could result in valuations compressing.

It is hard to see Ambani relinquishing his number one status on the Rich List any time soon. Over the next 18 months, expect Ambani to unveil further value-unlocking steps in his empire.

Independent market flotations of the retail and telecom ventures are almost certain. Investors could be brought in to finance RIL’s green energy bets, marki an end to RIL’s decade-long investment cycle. Investors who have been so far patient may be rewarded with higher dividend payouts.