The fund raise comes a few days after the company raised Rs7,500 crore through Silver Lake Partners. The global investor interest will help Reliance Industries invest aggressively in this business 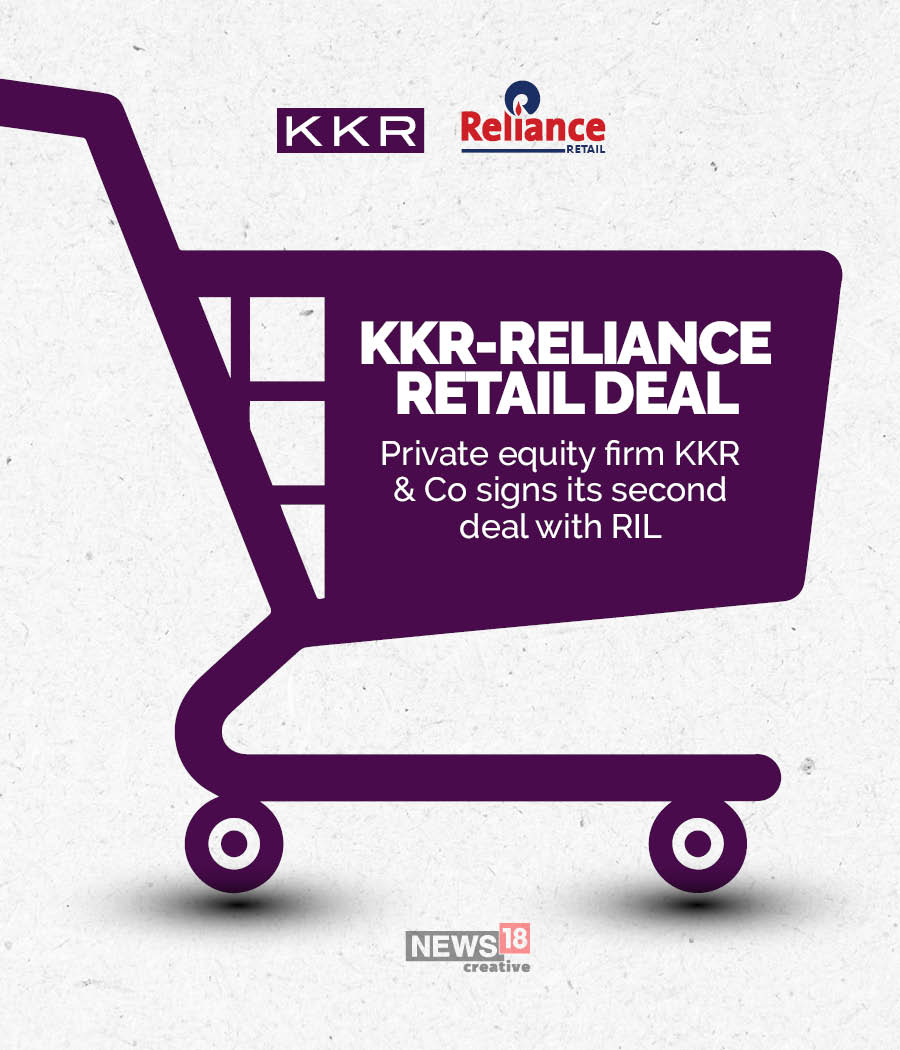 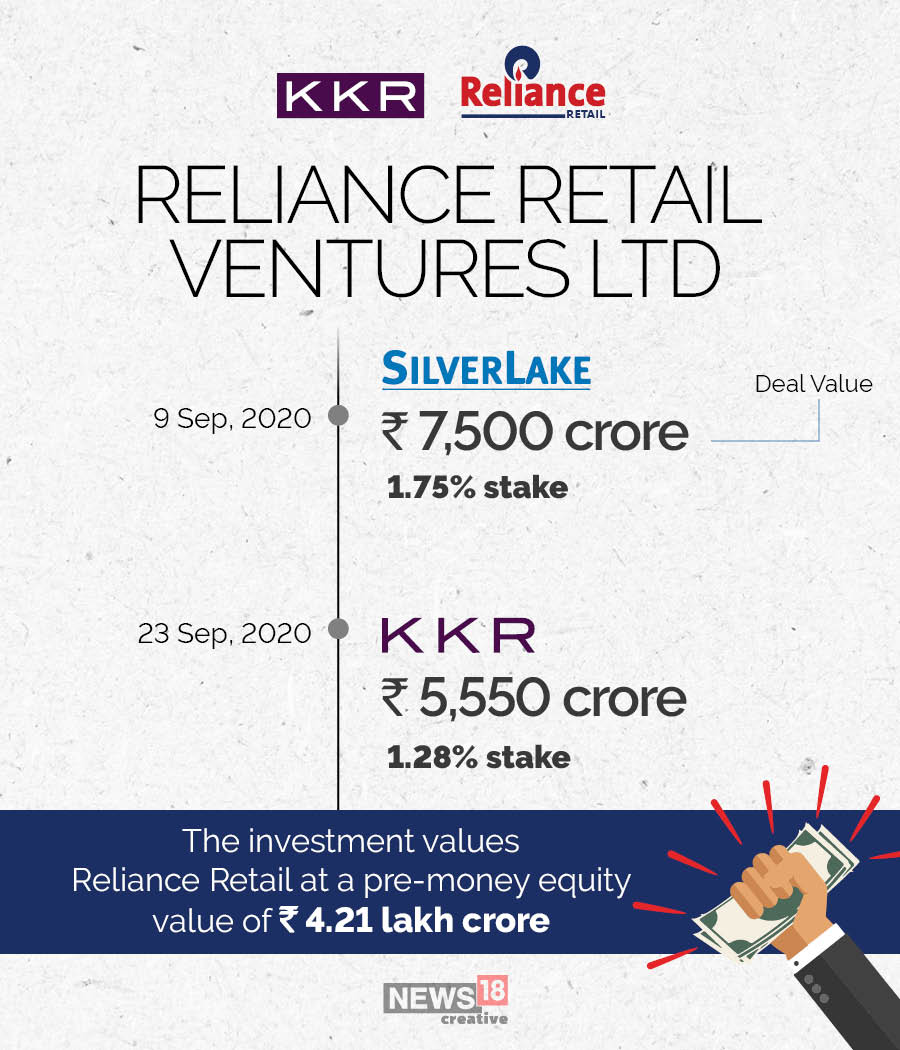 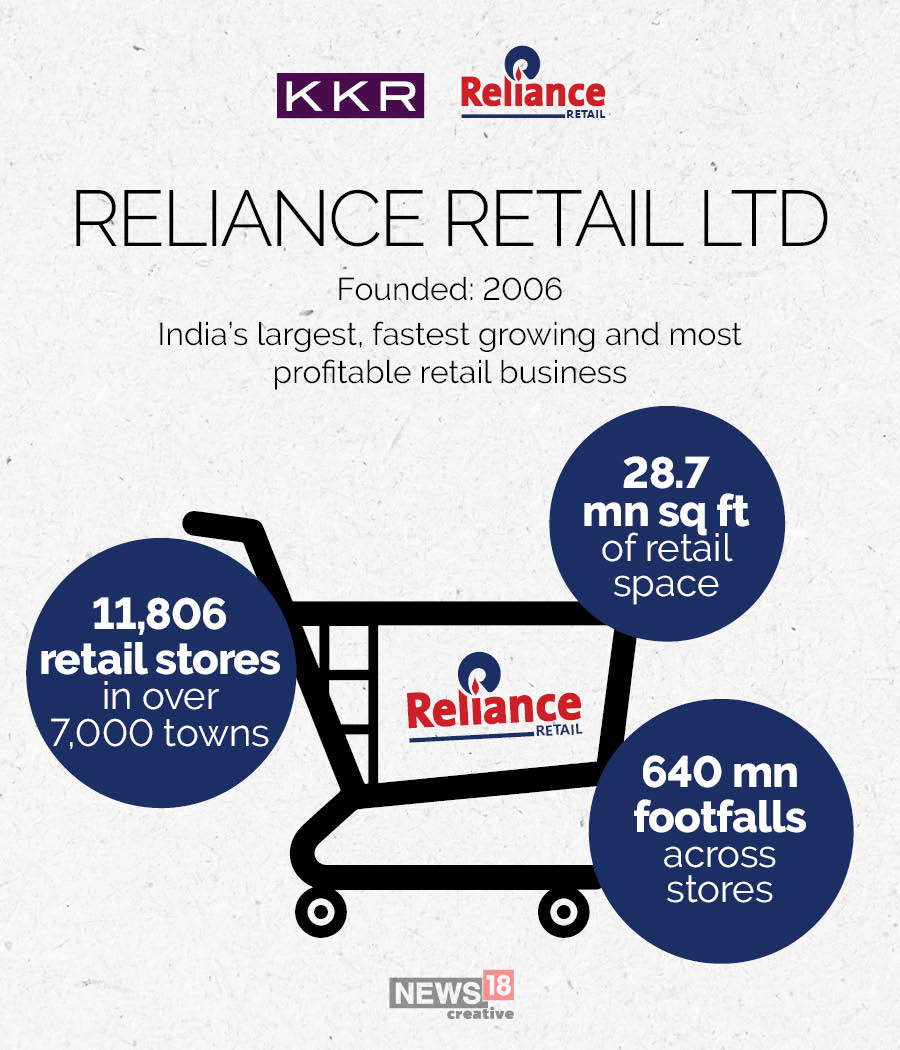 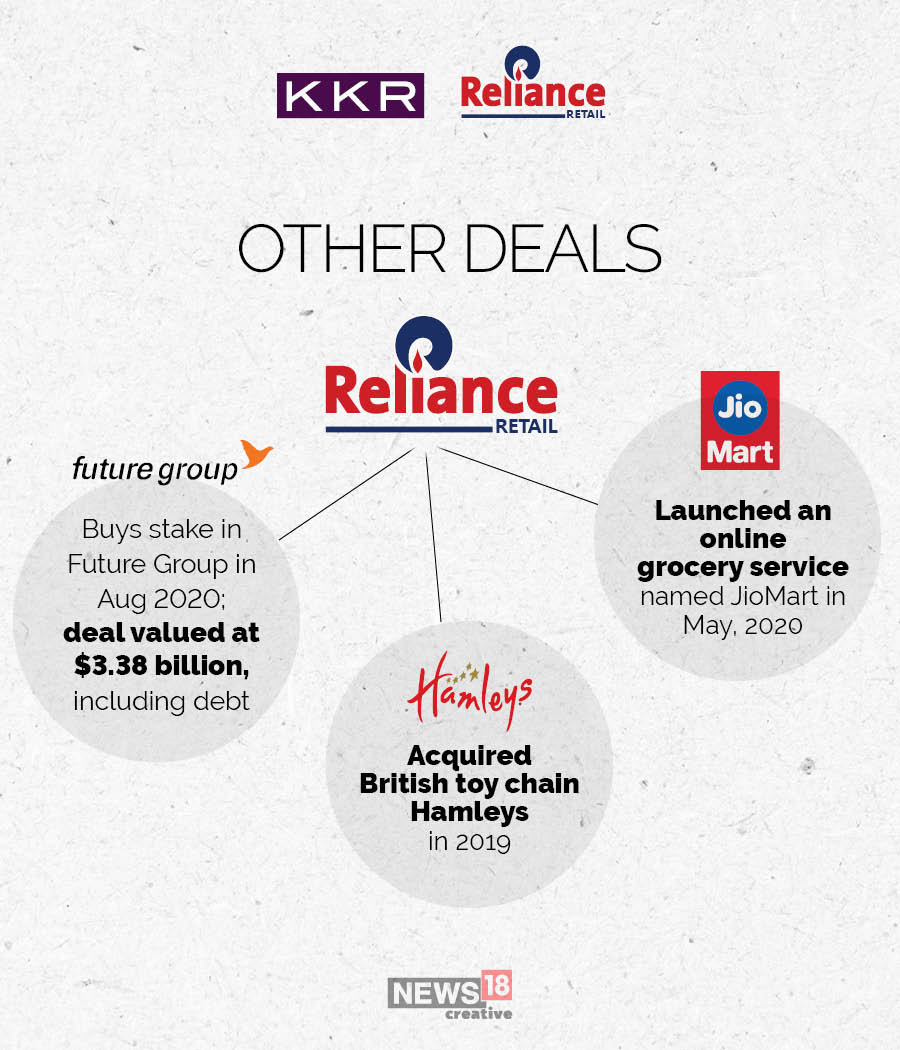 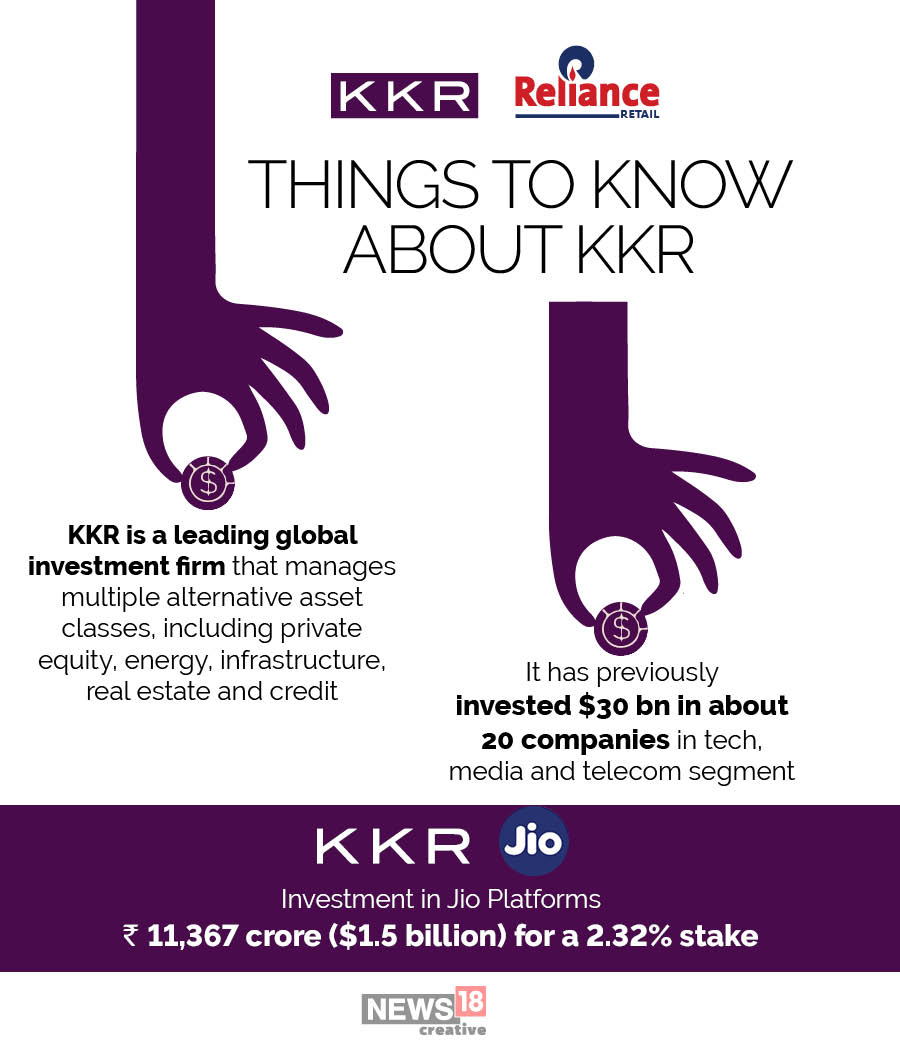 Reliance Retail, India’s largest retailer, raised Rs5,500 crore from KKR at a Rs4.21 lakh crore valuation, by selling a 1.28 percent stake in the company. The fund raising comes nearly a fortnight after Reliance Retail raised Rs7,500 crore through Silver Lake Partners by selling a 1.75 percent stake. Global investors are showing interest in Reliance’s consumer-facing retail business after it completed a nearly-three-month mammoth Rs152,056 crore fund raise for its mobile services platform, Jio Platforms at an equity valuation of Rs4.36 lakh crore. KKR and Silver Lake have both invested in the Jio Platforms venture. Reliance chairman and managing director Mukesh Ambani said, in a press statement that the company “looks forward to working with KKR’s global platform, industry knowledge and operational expertise across our digital services and retail businesses”. The Reliance Industries stock rose as much as 2.9 percent in morning trade Wednesday to Rs 2,276.5 levels at the BSE, before retracing to Rs 2,250 levels on profit taking. KKR will be making its investment from its Asia private equity funds. The KKR investment comes after Ambani had announced at the July 15 annual general meeting that the company “will induct global partners and investors in Reliance Retail in the next few quarters.” The investors would allow Reliance Retail, which recently completed Rs24,713 crore acquisition of Kishore Biyani’s Future Group to take on competitors Amazon, Walmart-owned Flipkart and Avenue Supermarts, which operates the DMart brand of stores. Others including Spencers Retail and Trent lack the scale to pose a sustained challenge. Importantly, the investment would allow Reliance Industries to invest aggressively in the business. This, coupled with the separation of the oil-to-chemical business as a separate subsidiary, should give the Reliance Industries balance sheet the space it needs for future borrowings for new business areas. Reliance Retail operates 12,000 stores across the country is present across several formats—hypermarkets, cash and carry, electronics and apparel. It reported revenues of Rs31,633 crore and a net profit of Rs431 crore in the three months ended June 2020. Reliance Retail has, in the last few quarters, worked on digitising kiranas as well as scaling up JioMart, its home delivery service. The company has now scaled up to 250,000 orders a day. It serves close to 640 million footfalls across all its stores. The company is effectively using its stores as last mile distribution centres and as a result, is able to service orders within the same day as opposed to its ecommerce counterparts that take longer. As the assortment mix improves in favour of higher margin items it is possible that Reliance Retail’s profitability might rise faster than revenues.      Disclaimer: Reliance Industries is the owner of Network 18, the publisher of Forbes India.

Tweets by @forbesindia
Homesick for the office? You're not the only one
9 out of 10 NYC bars and restaurants can't pay full rent