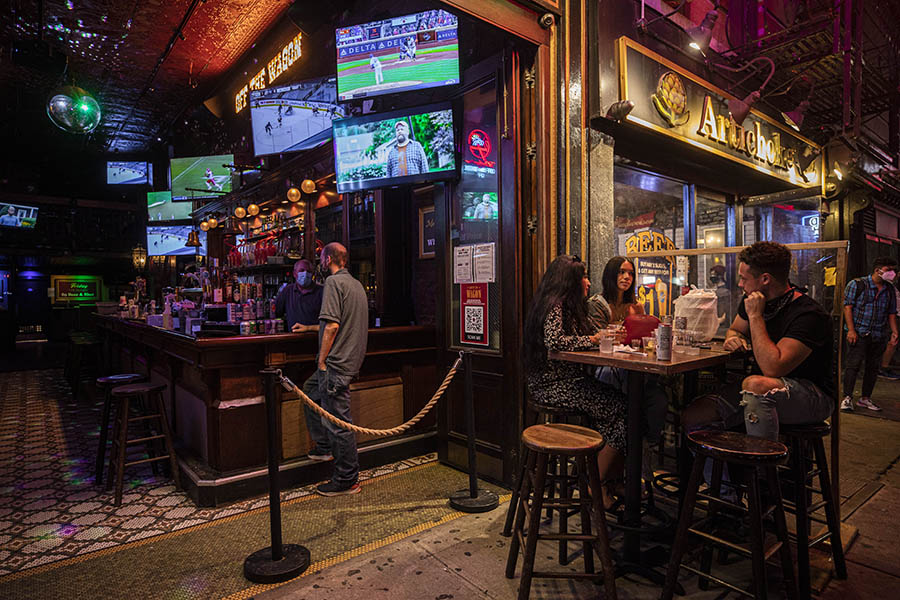 Diners outside a restaurant in New York, Sept. 9, 2020. A survey conducted by an industry group found that nearly 90 percent of restaurants, bars and nightclubs could not pay the full August rent, despite opening for outdoor dining.
Image: Hiroko Masuike/The New York Times

Tweets by @forbes_india
KKR invests Rs 5,500 crore in Reliance Retail
Opinion: Vladimir Putin thinks he can get away with anything