Reliance Industries confirmed a Rs Rs33,737crore investment by Google for a 7.73 percent stake in Jio Platforms; plans to accelerate the transformation of its consumer-led businesses 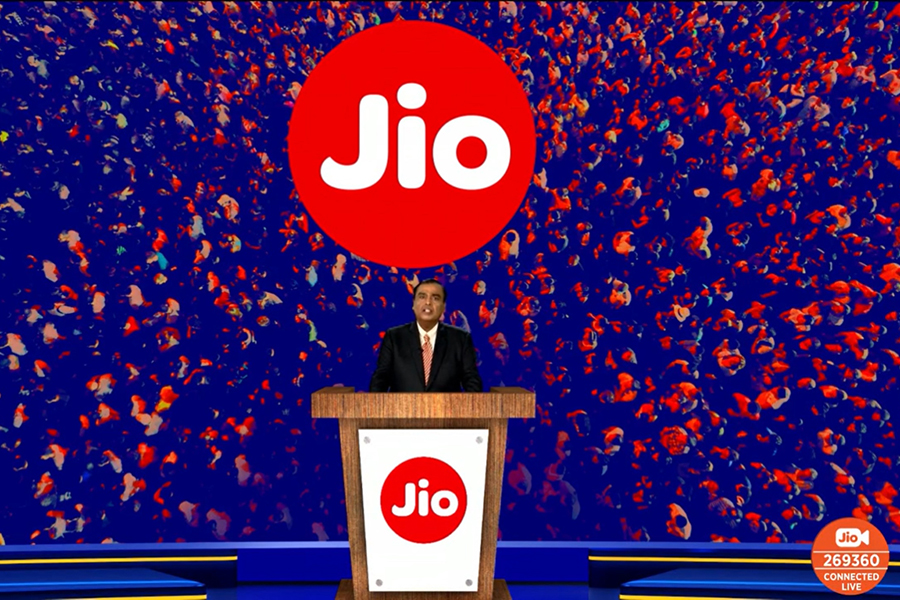 A new, affordable Android-based smartphone; an accelerated rollout of Jiomart; and a spinoff of the oil to chemical business into a subsidiary are among top priorities for Reliance Industries (RIL), as it aims to transform itself into a consumer-led technology and platform company. Reliance’s annual general meeting (AGM) is keenly watched every year, both for new business announcements as well as long-term plans. This year, chairman Mukesh Ambani hinted at deals for the retail business and oil to chemical (O2C) business that would be announced in due course, even as he closed the door on further investments in Jio Platforms. He also outlined a roadmap for the company to become net carbon-zero by 2035. “This can be achieved by making CO2 as a recyclable resource, rather than treating it as an emitted waste,” he said. Jio Platforms confirmed a Rs33,737crore investment by search giant Google for a 7.73 percent stake, at an equity value of Rs4.36 lakh crore. The deal, along with partnerships with Facebook, Mubadala, KKR, Vista Equity Partners, Silver Lake among others, brings in Rs152,056 crore in Jio Platforms. 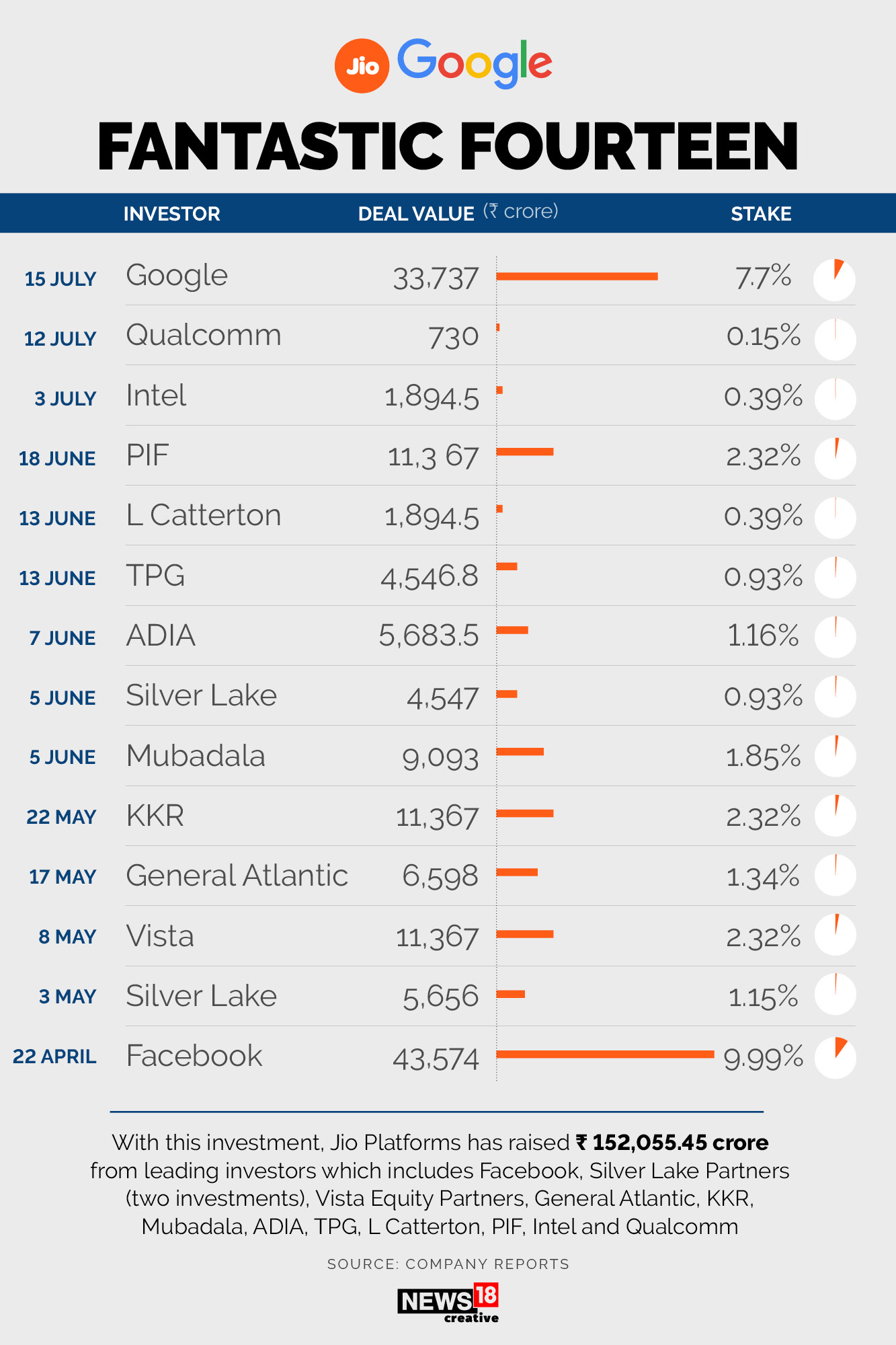 Jio now plans to work on offering enterprise and cloud solutions to startups and entrepreneurs across India as well as working with Google on an Android-based smartphone, 4G or 5G, which can be used by low-income consumers. In addition, the company announced the launch of Jio Glass, a mixed reality product that allows users to teleconference in both 3D and 2D forms. Among its main uses could be education, with the glasses providing access to virtual classrooms and teachers.      Lastly, there was the launch of Jio TV+ that connects various OTT platforms such as Netflix, Amazon Prime and Disney Hotstar, on a Jio set top box with a single log in. Their Jio Fiber home broadband service has signed on a million users. As Jio begins to contribute more to profitability, Ambani said that EBIDTA growth for their consumer-led businesses (telecom and retail) had been 49 percent in the last year. Reliance Retail, which launched its home delivery service Jiomart in April, has scaled to 250,000 orders a day. As it partners with kirana stores, Reliance Retail is working with them on supplying their inventory assortment as well as remodelling stores for self-service. The same kirana merchants will help Reliance Retail in delivering last mile orders.

Electronics, fashion, healthcare and pharma are next on Jiomart’s agenda, bringing into its fold higher margin categories but also bringing it in competition with online retailers Amazon and Flipkart, as well as offline stores such as Shoppers Stop and Lifestyle. There was no news on a rumoured buyout of Future Retail. Reliance’s legacy oil to chemical business has seen its prospects transformed on account of a significant amount of specialty chemical manufacturing moving to India. Its petrochemical products provide the feedstock for manufacturing these chemicals and have so far been used to manufacture mainly polymers. The company can now get into new value chains for acetyls, acrylates, phenols and polyurethanes that are more margin accretive. “Reliance has been approached by global companies for strategic partnerships in its petrochemical business, including in utilising these feedstocks,” said Ambani. The company plans to separate its oil to chemical business into a subsidiary and has applied to the National Company Law Tribunal for permission, which it hopes to receive by early 2021. Reliance’s share prices have had a dream run in the last three months, more than doubling from its March 23 lows of Rs875. The company has since then added Rs5,54,878 crore to its market cap, making it India’s most valuable company at Rs11,70,000 crore. Analysts have in the last two months been forced to revise its sum of the parts (oil to chemical, refining, telecom and retail) valuation of the business upwards. With the new announcements on the oil to chemicals business, there is a chance that those projects may have to be revised upwards again. The stock gave up some of its gains during the AGM speech and closed down 3.7 percent at Rs1,845 per share.
Disclaimer: Reliance Industries is the owner of Network 18, the publisher of Forbes India

Tweets by @forbesindia
Ep 21. Gerald Posner: Cannabis, heroin and the poison at pharma companies
Sneak Peek: For these filmmakers, no Dangal, no Panga, it's Chillar Party