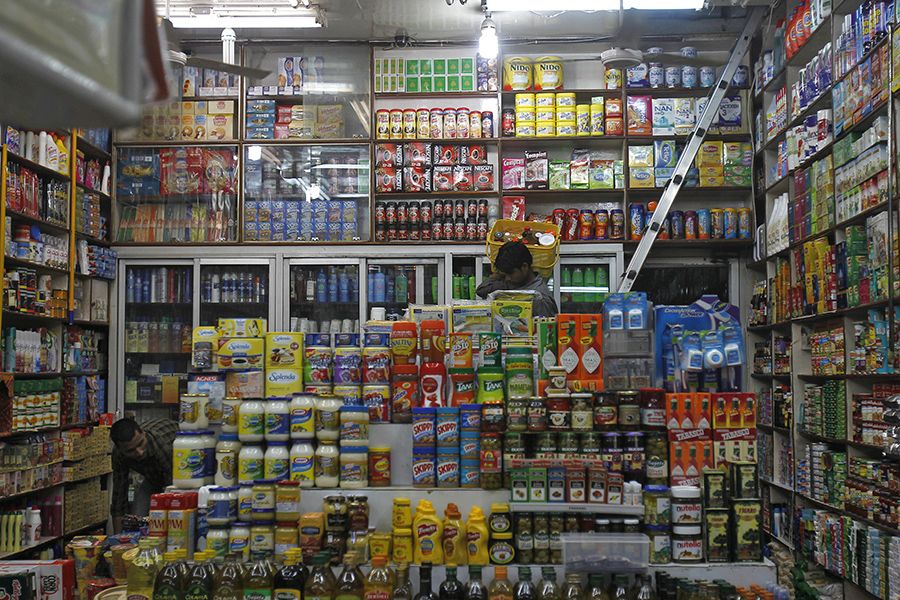 Image: Mansi Thapliyal​/Reuters
As part of Facebook’s purchase of a 9.99 percent stake in Reliance Jio for $5.7 billion, the two companies plan to focus on a partnership between JioMart, Jio’s newly launched ecommerce platform, and WhatsApp, Facebook’s messaging service that has 400 million users in India.

JioMart, an online-to-offline marketplace that sources groceries and other retail goods like electronics and mobile phones from independent stores and delivers them to households, was launched in Mumbai’s Thane, Kalyan and Navi Mumbai in January. As part of this deal, JioMart will leverage the power of WhatsApp to bring local merchants and kirana stores online. Customers can place orders via WhatsApp and have them delivered to their doorstep.

“We can enable people to connect with businesses, shop and ultimately purchase products in a seamless mobile experience,” Facebook chief revenue officer David Fischer and Ajit Mohan, head of Facebook’s India operations, said in a statement announcing the deal.

Moreover, last mile delivery—a key challenge in grocery ecommerce, points out Abneesh Roy, executive vice president Edelweiss Securities—is taken care of as kirana stores are located next to customers and already in the habit of delivering goods to them. “Globally, grocery ecommerce is not sustainable because the margins are wafer thin. Add to that transportation costs and it becomes unviable. In this case those additional costs don’t apply.”

But the newly minted partners are not the first to woo kirana store owners. Amazon, the Walmart-Flipkart alliance and Metro Cash and Carry have made in-roads with offline retailers, offering them tools and services to better manage their inventory, grow their business and accept digital payments. So what makes the Facebook-Jio alliance different?

For one, the ubiquity of WhatsApp. “Every home has WhatsApp today. Most kirana store owners must also already be using it. The other players don’t have that advantage,” says Roy. Second, Reliance is a known brand and retailers will therefore be more confident in partnering with them, believes Roy. Third, Reliance already has a huge customer base in Jio—an estimated 370 million people use the mobile Internet service—and its offline arm Reliance Retail is the number one physical retailer in the country with thousands of stores.

That said, the market is enormous, and 85 percent is unorganised, allowing several players to jostle for business. There are an estimated 12 million kirana stores across India, according to industry body Assocham. While Mukesh Ambani, chairman of Reliance industries, in a video message announcing the deal said that JioMart and WhatsApp will “empower nearly 3 crore (30 million) small Indian kirana shops to digitally transact with every customer in their neighbourhood,” according to Arvind Singhal, chairman and managing director of consultancy Technopak, he was likely also referring to all the independent stores that sell everything from T-shirts to telephones. According to Singhal’s “guesstimate” there are 6-8 million kirana stores in the country and 22-25 million independent stores.

“I do not know why only kirana stores were mentioned in the announcement. There are many more angles to this,” says Singhal. Not least being the ability to leverage Facebook’s core social media offering as well as its photo-sharing service Instagram. “For pre-mediated purchases like buying a phone, for example, besides Google, people use Facebook and Instagram for product discovery...this gives JioMart access to a powerful platform.”

Facebook too will benefit by deepening its foothold in India. As its user growth nears saturation in North America and Europe, India remains a promising market. Facebook counts 300 million users in India for its core social media offering—more than it has in any other single country. The number of Internet users in India is estimated to rise 850 million, according to consultancy PwC, up from 450 million in 2017. Plus, India took over the US last year to become the world’s second-largest smartphone market by shipments, after China, according to Counterpoint Research.

But average revenues per Facebook user in Asia are less than a tenth of the average in the US and Canada. The deal will likely provide Facebook an opportunity to monetise its WhatsApp messaging service.

It might also give the social media giant a regulatory edge. In February 2018, WhatsApp piloted a digital payments service that runs on UPI and allows real-time money transfers. At the time, WhatsApp said it hoped to roll out the service across India soon. More than two years on, it is still awaiting regulatory approval. “It’s quite likely that this deal will give them an edge,” says Aliasgar Shakir, vice president, Motilal Oswal.

What is certain though is that this is just the starting point. Says Singhal, “We’ll have to wait and see how the full contours [of this deal] play out, but it’s safe to assume that they will launch exciting new products and services.”