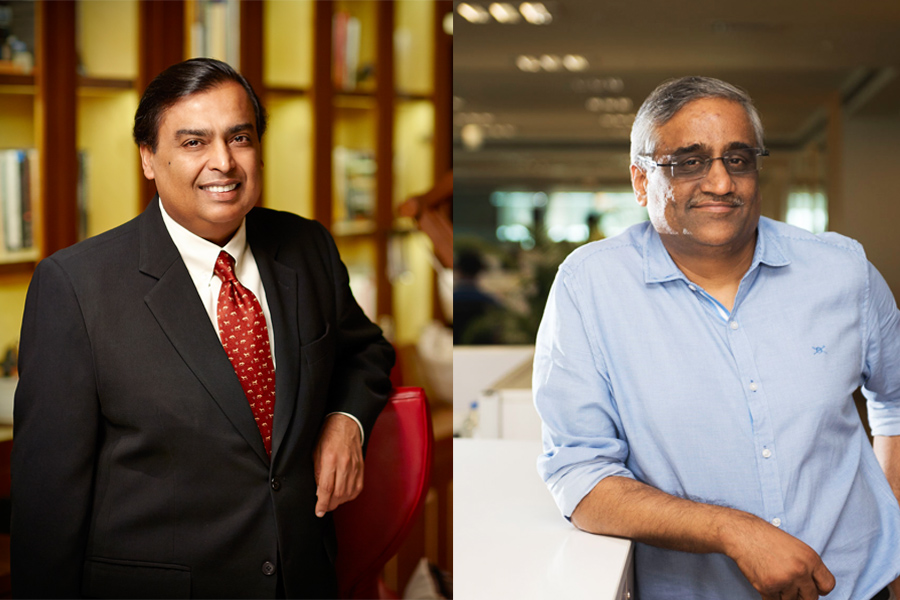 The deal between Mukesh Ambani's Reliance Industries and Kishore Biyani's Future Group is valued at Rs24,713 crore. Barely a month after ending its deal-making spree for Jio, Reliance Industries moved to strengthen its retail business with the acquisition of Future Group’s retail, wholesale, warehousing and logistics business. The deal valued at Rs24,713 crore would see the company take a controlling stake in what was India’s oldest organised retail chain on a slump sale basis. The transaction would see the Future Group merge its various listed entities—Future Retail, Future Consumer, Future Lifestyle and Fashion into Future Enterprises Limited, which houses the Group’s back end retail infrastructure. This entity would then be acquired by Reliance Retail and Fashion Lifestyle Limited. The logistics and warehousing businesses would be transferred directly to Reliance Retail Ventures Limited. The merger process is expected to take six to nine months and is subject approval of the NCLT, CCI, SEBI and shareholders and creditors. "With this transaction, we are pleased to provide a home to the renowned formats and brands of Future Group as well as preserve its business ecosystem, which have played an important role in the evolution of modern retail in India. We hope to continue the growth momentum of the retail industry with our unique model of active collaboration with small merchants and kiranas as well as large consumer brands," said Isha Ambani, director, Reliance Retail Ventures Limited. Future Group promoter Kishore Biyani had been fighting with his back to the wall since the onset of the Covid-19 pandemic. Excessive levels of leverage across group companies totalling Rs12,500 crore and pledged shares gave him little room to manoeuvre. At the same time, sales of higher margin items—clothing, crockery and furniture—were down 90 percent, leaving the company to make do with lower margin staple sales.

Intermittent lockdowns, frequent store sanitisations and higher employee costs on account of social distancing in stores had resulted in lower margins. “The call was whether he should sustain this level of business for the next 12-18 months or make an exit now. He chose the latter,” said a person familiar with his thinking. Biyani, in a statement, said he believed this was the best outcome for all stakeholders including lenders, creditors and employees. He will retain the manufacturing and distribution of FMCG goods as well as the fashion sourcing business and insurance JVs he runs with Generali. With sales of Rs162,936 crore, Reliance Retail has emerged as India’s largest retailer. It reported a net profit of Rs5,448 crore in the year ended March 2020, and has emerged as a key player in the three-way battle with Amazon and Walmart-owned Flipkart for control of India’s retail market. (Avenue Supermarts, which owns Dmart has so far not competed directly and continues to operate largely through its hypermarket format. It has a low-key online presence.) The company recently launched JioMart to cater to customers across 200 cities and has scaled up to 2,50,000 orders a day. It is tying up with merchants for last-mile delivery. There are also plans to integrate its ordering and payment interface with Whatsapp.  Disclaimer: Reliance Industries is the owner of Network 18, the publisher of Forbes India