The effects were quickly felt, as the Brent global oil benchmark price collapsed by about $11 a barrel late Sunday, in the sharpest decline since at least 1991, and stock market futures fell by about 3%

By Clifford Krauss and Stanley Reed 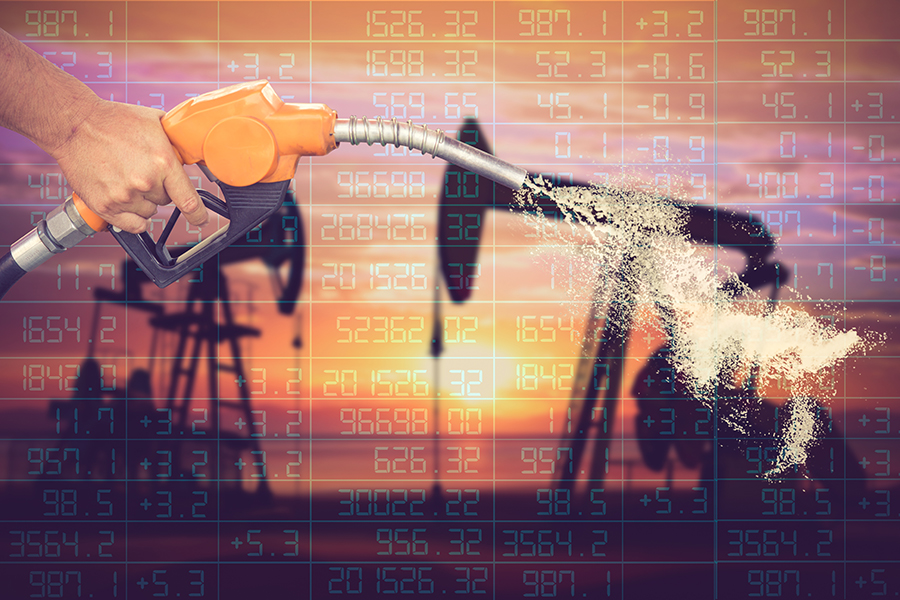 Image: Shutterstock
Saudi Arabia slashed its export oil prices over the weekend in what is likely to be the start of a price war aimed at Russia but with potentially devastating repercussions for Russia’s ally Venezuela, Saudi Arabia’s enemy Iran and even American oil companies.

The effects were quickly felt, as the Brent global oil benchmark price collapsed by about $11 a barrel, or more than 25%, late Sunday in the sharpest decline since at least 1991, and stock market futures fell by about 3%.

The Saudi decision to cut prices by nearly 10% on Saturday was a dramatic move in retaliation for Russia’s refusal Friday to join the Organization of the Petroleum Exporting Countries in a large production cut as the coronavirus continues to slow the global economy and, with it, demand for oil.

The break in a three-year alliance between the Saudi-led oil cartel and Russia to support prices may be temporary. The moves over the weekend may well have been part of a negotiating chess game, and the Saudis and Russians can still reach a compromise. But if the collapse lasts, oil executives say there is nothing to stop oil prices from tumbling to the lowest levels in over five years.

“If a true price war ensues, there will be plenty of pain in the oil markets,” said Badr Jafar, president of Crescent Petroleum, a United Arab Emirates oil company. “Many will be bracing for the economic and geopolitical shocks of a low-price environment.”

A major drop in oil prices would hurt producers around the world, particularly Venezuela and Iran, whose oil-based economies are already under pressure from American sanctions. Export earnings of both countries have already been reduced to a trickle, and a further decline would stretch their abilities to pay for vital services and security.

The one bright spot may be at the gas pump. The average price of a gallon of regular gasoline in the United States, according to the AAA Motor Club, has already fallen five cents in the last week, to $2.40 from $2.45, and prices could easily drop below $2 a gallon in some states in the coming weeks. Lower-income drivers, who typically own older, less fuel-efficient vehicles and spend a higher percentage of their wages on energy, stand to gain the most.

But a prolonged price collapse would add to financial pressure on highly indebted American oil companies, dozens of which have folded in recent years, with a decline in American oil production likely. Oil companies have been laying off workers in Texas and other oil producing states.

Canadian oil sands development, already lagging because of environmental concerns and costs, could be hit hard by a price war. And developing countries that depend on oil, like Nigeria, Angola and Brazil, may suffer significant economic slowdowns.

The first big impact was felt by Saudi Arabia itself. Shares of Saudi Aramco, the Saudi national oil company, plummeted by more than 9% on Sunday, falling below its December initial public offering price of 32 riyals for the first time.

The Riyadh stock exchange fell more than 8%. On the Kuwaiti exchange, trading on a major index was halted after it tumbled 10%.

As they cut prices, Saudi officials are now preparing to ramp up the kingdom’s oil output to compensate for the lost revenue caused by lower prices. China, the biggest oil importer, has historically bought oil at cheap prices to stockpile for future use when prices rise.

Low oil prices, now about $34 a barrel for Brent crude, the international benchmark, and $31 for West Texas Intermediate, the U.S. marker, could also stoke public discontent with governments, including Saudi Arabia’s as falling revenues mean less money for social and other programs used by governments to bolster support.

Saudi Arabia is the world’s largest oil exporter and has been producing about 9.7 million barrels a day, well under its roughly 12 million-barrel-a-day capacity.

Whether producing more oil will help the kingdom is another question. There is no easy cure for the predicament that Saudi Arabia and the rest of the oil industry face. The world is awash in oil, analysts say, and demand will probably continue to decline.

The prospect of more oil on the market could accelerate the collapse in prices, which have fallen about one-third this year.

Both Russia and Saudi Arabia appear to be acting for short-term advantage with risky strategies. Russia has gained significant political clout in the Middle East by aligning with OPEC. Helping to support oil prices in concert with Saudi Arabia and other Persian Gulf states has helped the government of President Nicolás Maduro survive in Venezuela. Now, the Russians have chosen to go it alone, refusing to coordinate with OPEC in proposed production cuts perhaps in the hope of undercutting American oil producers.

For Saudi Arabia, cooperation with Russia had reinforced OPEC’s clout at a time it is being threatened by the recent surge in American oil production that has turned the United States into a major crude exporter for the first time in decades.

“Saudi Arabia is protecting its market position in the face of a collapse in oil demand, a shrinking physical market and greatly reduced prices,” said Sadad al-Husseini, a former executive vice president of Saudi Aramco. He argued that both Russia and Saudi Arabia would “come out of this down cycle as stronger players, while shale oil, oil sands and other costly or politically unstable producers struggle for financing.”

But their success is far from certain.

The last time Saudi Arabia and other OPEC members allowed global supplies to rise in the face of increasing volumes of oil from shale producers in the United States was in late 2014, and prices plummeted. The move, which led prices to fall below $30 a barrel, helped persuade Russia to join OPEC in a production management pact that has helped prop up prices for the last three years by coordinating cuts in output.

But their intention to undercut American and other producers backfired and reduced OPEC’s share of the market. American oil companies managed to increase production anyway, as they became more efficient at drilling through shale and investors continued to pour money into their enterprises. This time may be different, though, because Wall Street has grown tired of sluggish oil investment returns and the high debts of many small and medium-size companies.

At the meetings at OPEC’s headquarters in Vienna last week, Russia declined to go along with a Saudi-led proposal to cut 1.5 million barrels a day, or around 1.5% of global supply, to deal with plunging demand because of the spreading coronavirus epidemic. The two sides also failed to agree on an extension of existing cuts of 2.1 million barrels a day. That failure opens the way for increases by those producers that do have additional capacity.

“If you are Russia, it’s worth it for you to take a three-month price hit to see if you can knock out U.S. oil exports,” said Amy Myers Jaffe, an oil and Middle East expert at the Council on Foreign Relations. “They might be correct for three months but the shale never gets destroyed.”

She said that the divergence in Saudi and Russian strategies “signals that the relationship between Saudi Arabia and Russia is on the skids.”

Falling prices are a huge problem for Saudi Arabia and other oil-dependent nations. Low prices erode the petroleum revenues that sustain the government budgets of these countries.

Jim Krane, a Persian Gulf analyst at Rice University’s Baker Institute, said that oil prices were already well below the $80-a-barrel level that the Saudis need to finance government spending.

A weakened Aramco share price could be a blow to the prestige of the country’s crucial decision maker, Crown Prince Mohammed bin Salman. He led the campaign to bring Aramco to the public markets, and many Saudis bought shares.

The crown prince’s ambitious and expensive economic development program could also be in trouble, Krane said.

“A price war would cause the Saudis to put the entire Vision 2030 diversification plan on hold, while the kingdom hunkers down on austerity wages,” Krane said.

In what may signal increasing political jitters in the kingdom, the prince has detained members of the royal family considered to be potential rivals for his authority.

Tweets by @forbes_india
Gyms and Coronavirus: What are the risks?
How 7 traders dealt with Wall Street's two terrible weeks