Many companies want employees back at desks, but workers want more flexibility than ever. Tsedal Neeley offers three rules for senior managers trying to forge a new hybrid path 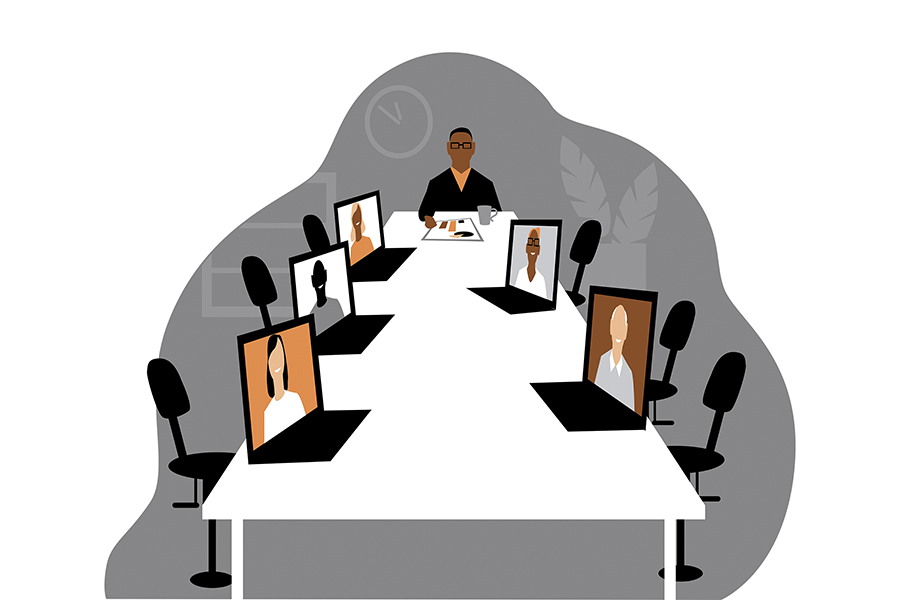 The COVID-19 pandemic made remote work more the norm than the exception, and now many companies are struggling to map out a hybrid plan that both managers and employees can embrace long term.

With return-to-work policies in flux, this is “a fragile period” in which business leaders may feel tempted to revert back to the old status quo of office life, but it could be a mistake to impose a pre-pandemic mentality on a post-pandemic reality, says Harvard Business School Professor Tsedal Neeley. She has been studying remote, virtual, and global work for more than two decades.

“We’re in a moment in the history of work where the nature of work as we’ve known it has been disrupted, whether we embrace it or not,” says Neeley, author of Remote Work Revolution: Succeeding from Anywhere. “All or nothing is easy, when all are in the office or all are remote. But with hybrid work, it’s a mix of in-office and remote, and we’ve entered a gray zone in which people are asking, ‘What will permanent look like?’ It’s comfortable to think of our remote work environment as temporary; it’s much more difficult to think about what long term should look like and how to do it right.”

One thing is certain: Many employees are seeking a permanent change to their schedules and companies are adapting. A recent McKinsey survey found that 90 percent of companies are willing to accommodate them with plans for hybrid workplaces.

Just how flexible should companies be? That’s a question many business leaders are wrestling with as they try to balance the needs of the business with the preferences of their employees. Applying lessons gleaned from decades of research, along with the shared reality of millions of workers over the past several months, Neeley says managers should keep three things in mind as they develop long-term plans for hybrid work.

While working from home, employees have enjoyed an unprecedented sense of agency and autonomy, crafting schedules that often diverge from the typical nine-to-five. Contrary to some expectations—but consistent with years of research—that flexibility has actually spurred worker productivity to improve. In polls that Neeley has taken at companies in a variety of industries, 70 percent reported increased productivity among workers during the pandemic.

“You have to trust that they are intelligent enough and well-intentioned enough to get work done no matter what it takes,” she says.

This means managers should be careful not to treat workers like children by strictly dictating when and where they should work. For example, mandating that workers suffer through a long and expensive commute to show up to the office a certain number of days a week, just to toil away solo in their cubicles, doesn’t fly anymore, Neeley says.

“All of the early data show that when people are forced into the office, they resent it. They say, you trusted me during the pandemic. Why don’t you trust me now?”

That’s not to say that workers should have complete control of their schedules. During times when colleagues need to work on certain tasks—for innovation, specific collaboration needs, or team building—meeting in person may be preferable. But rather than dictate a one-size-fits-all approach, Neeley says, business leaders should allow individuals and managers to figure out the schedules that work best for their particular teams.

“Sometimes you need to be shoulder-to-shoulder to collaborate,” Neeley says, “but you have to trust people will show up when they need to.

As a corollary to trusting in workers, managers must also change the way they measure employee performance, Neeley says.

“We have this notion that we need to see people in order to determine their performance,” she says. “It’s the old belief, that so long as they are visible, they are demonstrating and asserting their commitment.”

This emphasis on “butts in seats” has always been misguided, she says, but never more so than now, when employees are working in remote or hybrid environments far from the eyes of watchful supervisors. Attempts to reassert the “butts in seats” metric by using awareness technology software to measure computer keystrokes or monitor time spent idle is a “disaster,” Neeley says.

“It’s surveillance—and those who have been recipients of it say that it’s humiliating,” she says.

Instead, Neeley takes a page from the late J. Richard Hackman, an organizational psychology expert at Harvard, by proposing that managers shift to three key measures of performance: results, group cohesion, and employee learning and satisfaction.

Focusing on those measures, she says, ensures managers are tracking what is actually being accomplished, rather than micromanaging what looks like a productive workday. At the same time, employees must be trained to regularly communicate their progress to keep managers in the loop.

One of the unexpected outcomes of the pandemic has been a newfound appreciation for people’s humanity, with managers giving new consideration to personal challenges, Neeley says.

“It became really important for managers to ask, ‘How’s it going? How are you doing? How can I help?’” As life begins to normalize, Neeley urges managers to retain that emphasis on employee well-being. “When people are working from home, they are giving up actual real estate in their households to their companies,” Neeley says. “The least you can do is care about how they are.”

While people may have hesitated to talk about their responsibilities at home prior to the pandemic for fear that they may not appear fully committed to their work, at this point they should feel free to continue sharing any work-related conflicts they may be facing. And managers should listen so they can better accommodate people’s individual circumstances when possible.

Research has shown that encouraging those measured disclosures and respecting employees’ boundaries can help create trust among co-workers, as well as induce a sense of commitment in workers who feel like their well-being is valued. “It shows managers are meeting the moment and seeing people and supporting them,” Neeley says. “Do you think they are gaining loyalty? Absolutely.”
Give your employees what they need

Much of Neeley’s advice for the new office reality comes down to giving workers the space they need and then trusting them to do their best work. Those lessons, she says, apply in the same way no matter where they are working, whether in the office or in their own homes.

“I really believe workers are well-intentioned, and if given the tools, empowerment, and support, they will not only perform for you—they will thrive,” Neeley says. “We need to trust ourselves, trust our people, and increase our skills on how to lead both in the office and virtually.”

Tweets by @forbesindia
COP26: Will India commit to or cop-out of climate obligations?
Mukesh Ambani: India's richest man strengthens his lead with $92.7 billion net worth