Amazon expands flexibility for some employees to work from home indefinitely

Many large tech employers have delayed their return-to-office dates until 2022, often embracing hybrid approaches to work that encourage the use of the remote technologies they produce 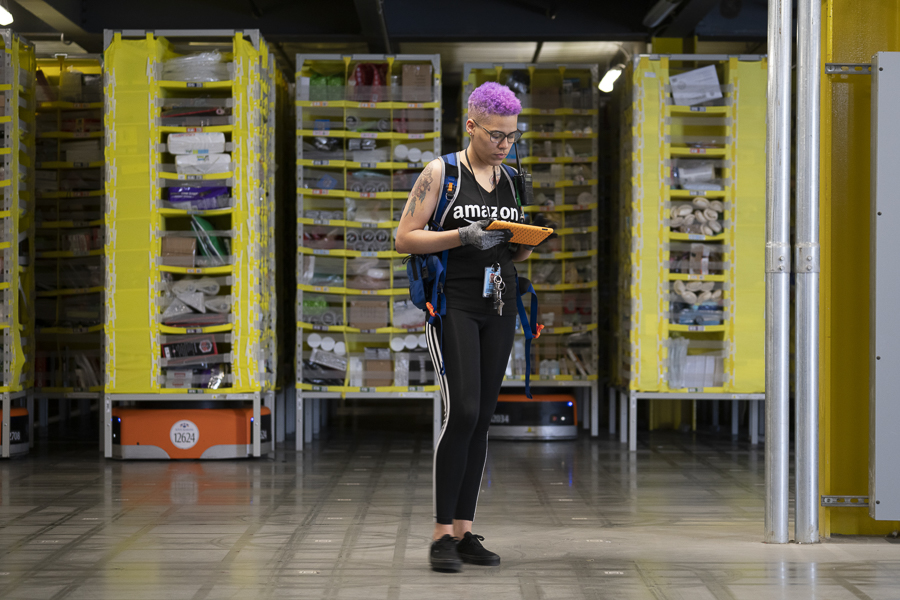 Amazon told employees Monday that it was loosening its plans to force workers to return to their offices, further retreating from a more rigid approach it had taken earlier this year.

In March, Amazon told employees that it wanted to return to an “office centric” culture. It backtracked this summer, saying most corporate employees would need to be in an office at least three days a week. A plan to return to the office by September was pushed to January as the delta variant of the coronavirus took hold.

Now Amazon is adding more flexibility to its return-to-office plans. “Instead of specifying that people work a baseline of three days a week in the office, we’re going to leave this decision up to individual teams,” Andy Jassy, the company’s CEO, told employees in a message that the company also posted online.

The director of each team will decide when and how frequently employees would need to be in the office, if at all. “We’re going to be in a stage of experimenting, learning and adjusting for a while as we emerge from this pandemic,” Jassy wrote.

Employees who primarily work from home won’t be able to live just anywhere. “We want most of our people close enough to their core team that they can easily travel to the office for a meeting within a day’s notice,” Jassy said.

Many large tech employers have delayed their return-to-office dates until 2022, often embracing hybrid approaches to work that encourage the use of the remote technologies they produce. Flexibility has become a perk for in-demand tech workers. Amazon’s change comes as it is hiring voraciously, looking to fill 40,000 corporate and tech jobs in the United States alone.

Microsoft, which has indefinitely delayed its return-to-office dates given the uncertain path of the pandemic, has said it expected it to be “standard” for employees to work from home up to half time, and Google has been rethinking its office design to accommodate employees who come in only occasionally.

Facebook, which delayed its reopening to January, said this summer that employees at all levels can apply to be fully remote, although they may take a pay cut to do so. Otherwise, they must spend at least half of their time in the office.

Tweets by @forbesindia
OneWeb, ISRO strike partnership; 100x.VC calls women founders to pitch; and a chat with the CEO of Mihup Communications
Nayanthara, the unconventional superstar