The decision-making side to WFH productivity

When you examine the cognitive biases that are shaping your work-from-home experience, you can see that the productivity code lies in understanding the human mind, and yourself, better 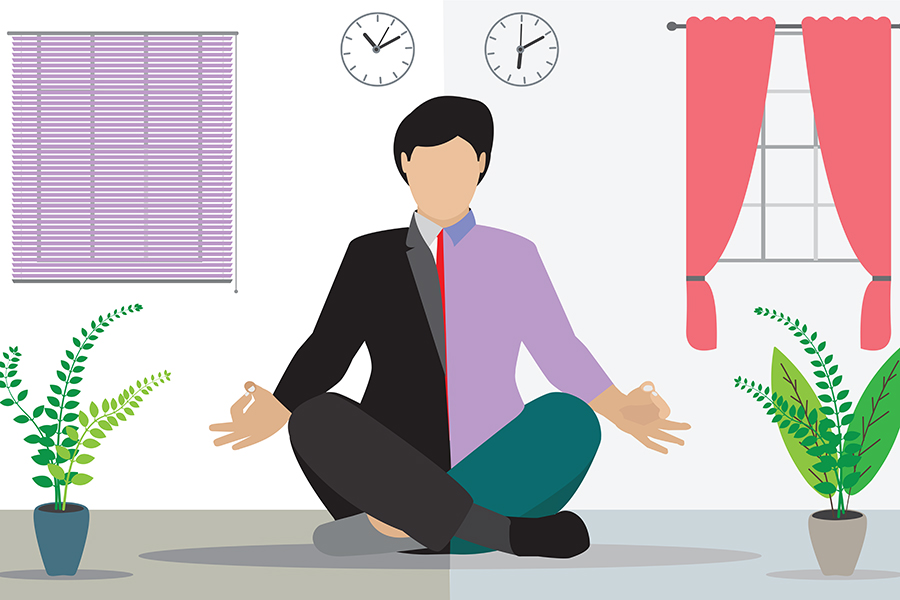 
At this juncture, I am reminded of Kabir’s couplet: “Kaal kare so aaj kar, aaj kare so ab, pal mein parlay hoyegi, bahuri karega kab?” Loosely translated as: Do not depend on tomorrow.

Get the work done, today. Better still, now. What if a calamity fall?

Circa 2020, Kabir’s words have hit me hard. Like never before. Well, I’ll resist the urge to slip into existential philosophy.

The productivity code is a lot about being in the here and now—the daily moment-by-moment lived experiences that define major outcomes.

These moments in WFH scenarios are often filled with multiple concurrent demands such as job and household responsibilities, elder care, childcare, virtual meetings, project deadlines—you name it. While most of us seem to be fulfilling these all-consuming external demands and doing just fine, there is also that queasy feeling, I didn’t have a productive day, bother us ever so often.

I attempt to understand this other side by borrowing from three streams of psychological literature: 1) Daniel Kahneman’s ‘System 1 and System 2 Thinking’, 2) Richard Thaler’s ‘Nudges’, and 3) Herbert Simon’s ‘Satisficing’ principle. Yes, the three well-known Nobel Laureates in Economics—and none of them—as far as I know—directly researched productivity in their works. However, they addressed human decision-making which I see as being at the core of productivity.

A dedicated decision-making scholar might balk at this naïve take on the literature, but to me, one of the contributions of these Nobel Laureates’ has been to enhance the common discourse—to provide powerful language tools in the thinking arsenal—that help articulate and reflect on thoughts, feelings and behaviours, more acutely, sensitively and meaningfully. These tools also come in handy in discussing WFH productivity.

System 1 and System 2 Thinking
Daniel Kahneman and his long-time collaborator Amos Tversky theorised that human cognition or thinking comprises a System 1 and System 2. System 1 is intuitive, subconscious, fast and automatic. System 2 is deliberate, conscious, slow and effortful. System 1 is what we naturally gravitate towards because this is less costly on time and mental resources.

Through multiple experiments they showed that System 1 is home to ‘cognitive biases’—the errors or mistakes that human beings make while running on System 1, when the act actually called for System 2. Say, going in for a food item that says ‘85% fat-free’ compared to the one that says ‘15% fat’. So it is with productivity—one easily gives in to the lure of system 1 because of its intuitively compelling quality.

Let’s take examples of a few cognitive biases in WFH scenarios: 1) Causal Illusions—seeing the event as a direct effect of something, when it is actually not. A common refrain in WFH scenarios could be: “I was not able to complete the work because of household chores or childcare responsibilities …” Agreed. But try giving it a second thought to see, if it isn’t the other way around: Because the task of preparing the report was cognitively taxing, you subconsciously chose non-work activities over it. No wonder the dishes were shining, and the family was happy, but they might have to bear with a groggier you the next day.

2) Planning Fallacy: underestimating the costs, in this case the time, in a particular project or work task, mostly out of optimism and unrealistic assessment.

3) Anchoring bias: Disproportionate and misleading influence of an earlier piece of information on present actions. “I worked eight hours in my physical office, so I must clock in the same time,” without the realization that the WFH requires a revised mental calculus on looking at schedules and clocking in and out.

The way to beat System 1 is to be aware of cognitive biases and to actively do reality-checks by employing System 2. In the domain of WFH productivity, this could be best done by:
Nudges
Nudges are small features of the environment that alter our behaviour in a desirable manner. These are subtle and operate at the intuitive level. Many modern-day apps try to create such nudges, but you yourself can create the choice architecture such that the environment facilitates productivity at home.
Satisficing
Preceding the above two theories was the work by Herbert A. Simon on ‘bounded rationality.’ Human beings cognitively operate within the constraints of time, place, information, and other such limitations. So, people satisfice—that is, adopt solutions and decisions that are ‘satisfactory’ and ‘sufficient’ at the moment. It’s okay to satisfice than to endlessly look for the perfect solution, especially that you cannot walk to the co-worker two cubicles away. So, respect deadlines and commitments with satisficing solutions. Satisficing, mind you, is not casual and careless approach to work—but it is giving your best while operating within the physical and mental constraints.

Cracking the productivity code is easier said than done, but the code also lies in understanding the human mind—or your own self, better. A constant, consistent, and conscious quest it is—not for another productivity app, but towards your own self.