'This is the best time to promote gender equality at home': Nandini Dias

Most of the narrative for gender equality has been around workplaces, but with work-from-home, this is a good opportunity to forge new cultural narratives too, says the Lodestar UM CEO 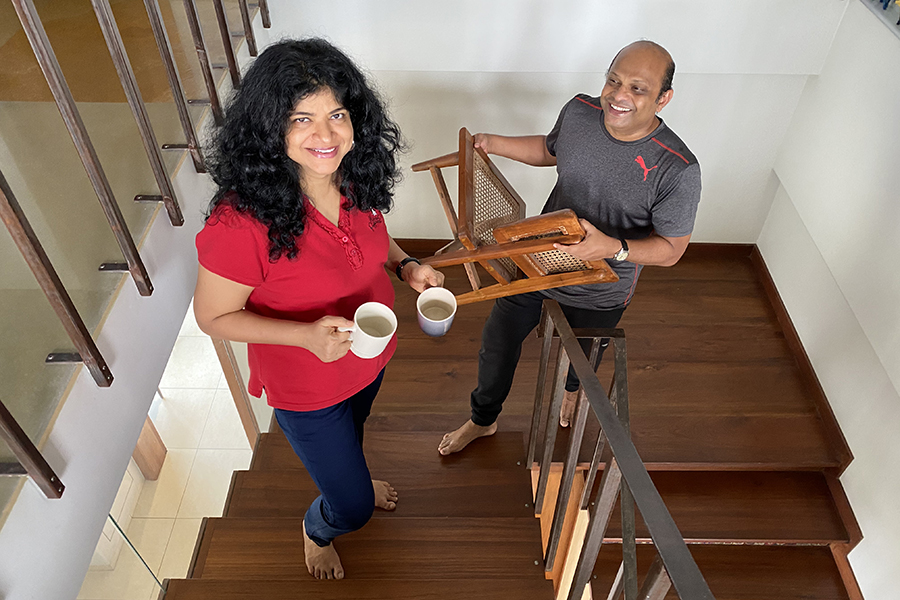 Nandini Dias, chief executive officer (India), at Lodestar UM says that with boundaries between the office and home blurring, she finds herself conducting a team meeting while juggling through the dishwasher or taking calls while putting off the pressure cooker. “Most people continue to work on both fronts late in the evening or night, causing a huge amount of stress,” she says. While her company has taken various initiatives to look after employee mental and physical health—including subscribing to apps for 24/7 medical assistance, access to psychologists and so on—she says this is the best time to promote more constructive patterns in the social and cultural narrative as well. Edited excerpts:   Q. The narrative so far has been about achieving gender equality at workplaces. But what about equality at home? At work, we have been progressively moving to a promising and equal future, with the world acknowledging the need for gender balance. But most of these conversations are about economic and financial benefits, a larger workforce. Nonetheless, as we are thinking hard about new norms at the workplace, this is the best time to promote more constructive patterns in our societal and cultural narrative as well. Making it acceptable or visible may make everyone more conscious.   Q. What has changed for you—on the personal and professional front—since work from home? Life has changed dramatically. While I witnessed the 2008 recession, I was not in a pivotal position, so while I was affected, the load was not on me.  This time around, I am trying to keep the ship floating with minimum damage and the least amount of negative impact on the financial aspect, on morale, and on physical and mental health. We are also trying to utilise the time to gain skills and pivot the team to futureproof themselves. At home, necessity became the mother of invention. Now, all of us, with the internet as a teacher, know how to make different kinds of dishes. Abroad, the DIY (do it yourself) concept is all prevalent. Now we have imbibed it at home too.   Q. Are men getting more sensitised towards sharing the load at home? I have always lived in a house that believes in equal share of the work. Even before I got married, at my parent's house, each kid was made responsible for an identified household task and had to complete it irrespective of the surrounding activity. My parents had assigned each job, depending on the individual's likes and dislikes and capabilities. So it was not challenging to replicate that thought process.   Read more about how work from home is demolishing traditional gender roles in our next issue, on stands soon!