A lighter shade of purple

If shattering of gender stereotypes needed a shot in the arm, it came during the lockdowns 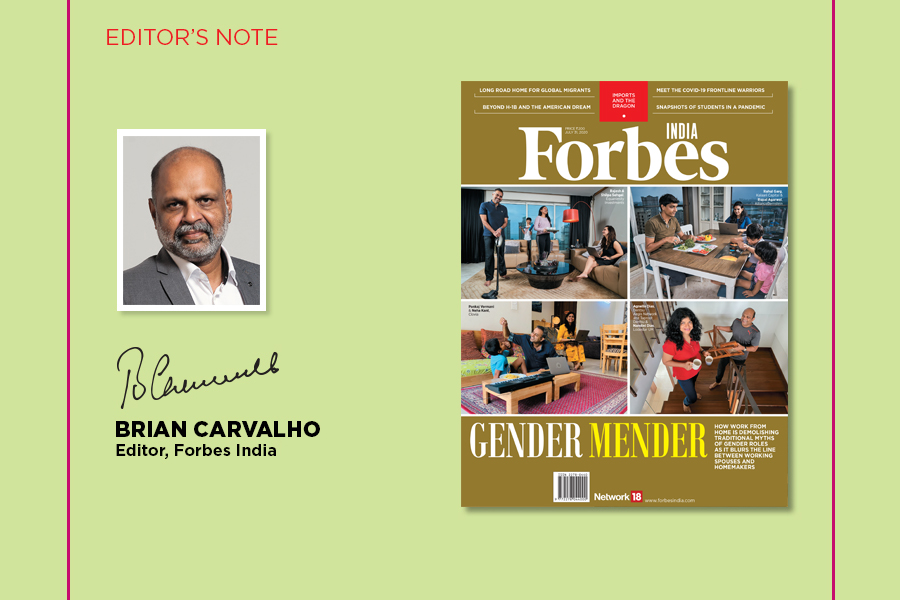 If blue is for boys, and pink is for girls, what gender is the sea? Ernest Hemingway tried to settle the matter in The Old Man and the Sea, rather conveniently perhaps, by giving the sea a feminine attribute; after all, the sea as masculine—mostly El Mar in Spanish—wouldn’t have served the purpose of a conventional romance between a (heroic) ageing angler and the ocean. To be sure, Hemingway did use his writer’s licence to convey the love of old man Santiago, of Spanish origins before migrating to Cuba, for the sea. “He always thought of the seas as ‘la mar’, which is what people call her in Spanish when they love her,” wrote Papa.

Hemingway may have challenged the stereotype to suit his story, but the ‘blue-for-boys, pink-for-girls’ typecast has had shades of ambiguity to it for over a century. Life’s Little Mysteries, a sister site of LiveScience, in a 2012 article titled ‘Why is Pink for Girls and Blue for Boys’, resorted to a delightful nugget to open up the debate. It quotes from the June 1918 issue of Infant’s Department, a trade magazine for baby clothes manufacturers, to point to the “great diversity of opinion on this subject”. “…the generally accepted rule is pink for the boy and blue for the girl. The reason is that pink, being a more decided and stronger colour, is more suitable for the boy; while blue, which is more delicate and dainty, is prettier for the girl.”

The debate simmered and, post-World War II, blue-for-boy-pink-for-girl became the prevailing notion; and, if it persisted for decades, you could well blame it on mass marketers who typically play along with the stereotype of the times.

Marketers are often accused of reinforcing gender roles. Which is why boys are expected to play with cars, and girls with dolls; and men are the breadwinners and women the homemakers. There have been notable exceptions in the past decade, including P&G India and BBDO India’s ‘Touch the Pickle’ campaign for Whisper, to bust taboos around periods.

If shattering the stereotype of breadwinners and homemakers needed a shot in the arm, it came during the Covid19-triggered lockdowns. There has for long been a need to redefine the working woman—along with the career woman, a homemaker is ‘working’ too, the only difference being the latter isn’t compensated for her efforts—and the lockdowns may have just given us a good reason to do so. Also, why are women with equal or superior qualifications, careers, prospects and pay-packets still spending as much time with household chores as their (homemaking) grandmothers did?

These are just a few of the questions Forbes India’s intrepid writer Rajiv Singh wrapped his mind with as he set out seeking achiever couples to find out how they are divvying up, or trading, domestic roles while ‘working from home’. The anecdotes Singh came back with are a treasure trove: The belated realisation of a venture capitalist that his single-minded career obsession had resulted in his equally-high-flying wife having to manage on her own—their home, their children and, yes, her career. And there’s this VC who’s now chopping vegetables at mid-day and making post-midnight omelettes for his VC wife, who wants more—breakfast served by him.

Don’t miss the tale of the startup husband-wife duo who have spotted an exciting growth opportunity in the lockdown. Result? One of them—not the man—is working over 16 hours a day, and the other is doing home chores and devoting time to their six-year-old.