Will health finally find its day in the sun? That's the hope

Innovation and entrepreneurship to solve India's pressing problems are core to Forbes India, and this Special Issue on health (and healthtech) delves into areas that are both immediate and futuristic 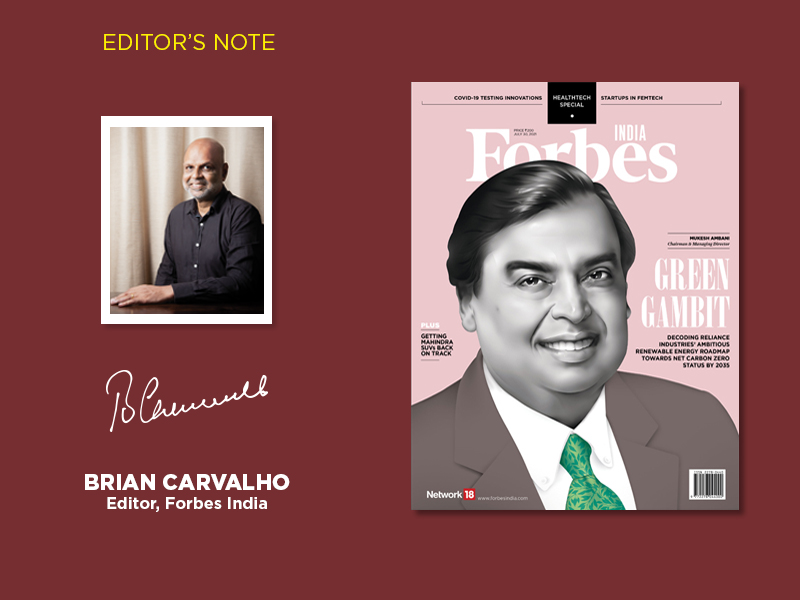 Perhaps one way to gauge India’s focus on health would be to look back at the ministers in charge of the crucial portfolio post-Independence. It seemed to have started well. The country’s first minster of health and family welfare was Amrit Kaur, a follower of Mahatma Gandhi, a member of the Constituent Assembly, and an advocate for women’s rights.

As health minister when nation-building was the priority, the Oxford University-educated Kaur was pivotal in setting up the All India Institute of Medical Sciences (AIIMS). She was also at the forefront of campaigns to rein in malaria and tuberculosis and spearheaded the world’s largest BCG vaccine programme.

Another Gandhian in charge of the portfolio in the Nehru regime was Sushila Nayyar who, armed with degrees in public health from the Johns Hopkins School of Public Health, set up the Mahatma Gandhi Institute of Medical Sciences, India’s first rural medical college.

Yet, when it came to expenditure on health, it may have been meagre in the early days of the nation. The 2017 Economic Survey reckoned that “given the pressing need to redistribute, India did not invest sufficiently in human capital—for instance, public spending on health was an unusually low 0.22 percent of GDP in 1950-51”. It may have risen since but, as the Survey pointed out, the “little over 1 percent” of GDP is well below the world average of 5.99 percent.

Try recollecting the last time, pre-Covid, an election campaign that had health as an issue. What is more, but for a handful of notable exceptions, health ministers rarely had backgrounds connected to health, and an actor in charge of the portfolio in the early 2000s was clearly not what the doctor ordered.

Last fortnight’s rejig of the Union Health portfolio has to be seen in the context of an impending Covid-19 third wave. The inability to control a devastating second wave coupled with flip-flops on the vaccine front may have called for a change in guard, but a bigger takeaway and hope is that health may finally find its place in the sun.

Innovation and entrepreneurship to solve India’s pressing problems are core to Forbes India, and this Special Issue on health (and healthtech) delves into areas that are both immediate and futuristic. That means deep dives into new solutions to make Covid-19 testing quicker and more accessible, and a bunch of ventures focussed on femtech (which is much more than reproductive health), along with a peek into the strides taken in genome sequencing.

The Covid-19 pandemic may have driven home the short point that investing in health will help save lives. Just as a shift from fossil fuels to cleaner energies will ensure life lasts on earth.

The Forbes India cover story is on an oil and petrochemicals tycoon who has committed to such a radical transformation. Mukesh Ambani, chairman of Reliance Industries (owner of Network 18, which publishes Forbes India), announced at the conglomerate’s 44th annual general meeting last fortnight a green energy plan that calls for an investment of ₹75,000 crore in the solar and hydrogen fuel sectors. The end game: To become a net carbon zero business by 2035.

Similar ambitions of global energy giants (but with longer time horizons) of eliminating carbon emissions, from Royal Dutch Shell to BP, have had a section of investors sceptical about the potential for returns. But then the bigger picture is less about return on investment in the short term and more about the war to save the planet. For more on the four pillars on which Reliance’s Green Gambit will rest, don’t miss Samar Srivastava’s ‘Eyeing Greener Pastures’.

(This story appears in the 30 July, 2021 issue of Forbes India. To visit our Archives, click here.)

Tweets by @forbesindia
Photo of the day: Preparing for Eid
Lenskart gets $220mn; Captain Fresh raises series A funding; and Sumit Sarawgi at BCG explains the need for 'responsible AI'