Fourteen years after its first entry into telecom, the Mukesh Ambani-led company is set to bring in a new revolution by redefining the dynamics of the sector again with free voice calls, rock-bottom 4G prices, and low-cost handsets 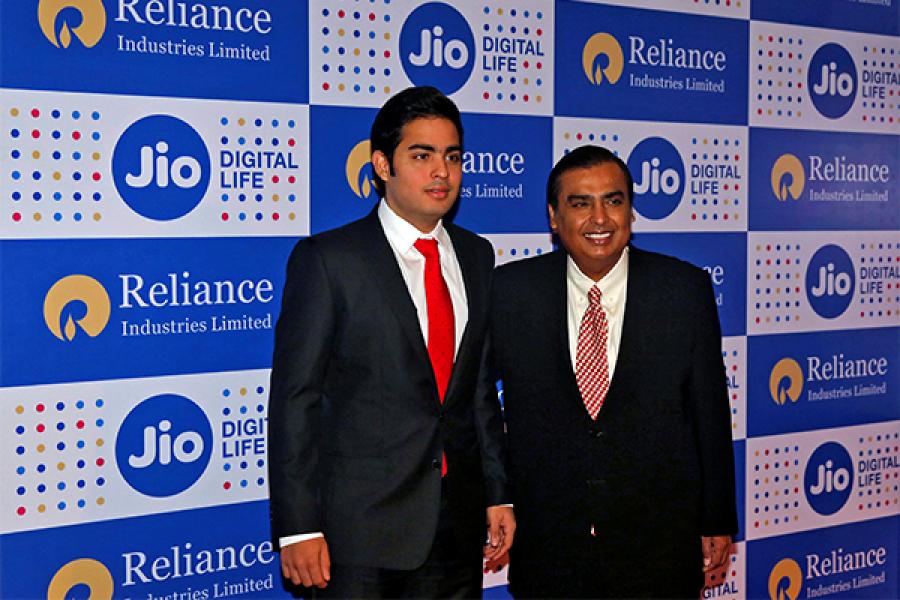 In the process, a paradigm shift is imminent in the way the Indian telecom market functions as Ambani doled out promises of lifetime free voice calls and national roaming, 4G-enabled smartphones priced as low as Rs 2,999 and data services priced as low as Rs 50 per GB. The rates at which Jio, RIL’s telecom brand, promised to make data services available to its subscribers is perhaps the lowest in the world, costing less than $1 per GB. Ambani sweetened the offering by announcing further freebies spanning from the next few months up to a year, to attract users on its expansive network.

This is the second wave of revolutionary telecom services that RIL intends to introduce in the country. The first was in 2002 when RIL entered the telecom business, offering calls at rates cheaper than what it cost to send a postcard; and mobile handsets priced as low as Rs 501. That business has since been demerged and taken over by younger brother Anil Ambani's Reliance Communications.

“Jio’s mission is to take India from (a scenario of) data shortage to data abundance,” said Ambani at the AGM. “In this era where things are going digital at an exponential rate, those not going digital will become uncompetitive and not survive. India and its 1.2 billion people cannot afford that.”

The stock markets reacted immediately to the announced comping from Reliance Industries. Stocks of  rival telecom companies Bharti Airtel and Idea Cellular plunged even as Ambani started announcing details of the Jio Services. Idea Cellular closed down 10.48 percent at Rs 83.70 at the BSE while Bharti Airtel slid 6.37 percent to Rs 310.7. Reliance Industries finally closed down 2.73 percent at Rs 1,029.15.

Ambani, who believes RIL’s consumer-facing businesses like telecom and retail have an earnings potential similar to its refining and petrochemicals business in the long-run, put a date to the much-anticipated commercial rollout of the conglomerate’s telecom services on Thursday. September 5, 2016, is the date from when services will be available to potential customers across the country.

Jio’s future plans, as outlined by Ambani, promise to shake things up in India’s fast-growing but intensely competitive telecom market, which has seen tariffs nosedive over the years as incumbents have battled each other to corner a greater share of the pie. But much will depend on the rival telcos’ willingness to play ball when it comes to providing sufficient interconnect points to Jio for calls made from the latter’s network to their networks.

This has been a bone of contention over the last few weeks between Jio and industry lobby Cellular Operators Association of India (COAI), which counts other large telcos, including Vodafone, Bharti Airtel and Idea Cellular, as members; and Ambani didn’t pass on the opportunity at Thursday’s shareholder meeting to send an unequivocal message to competitors.

“Incumbent operators have significant advantages over new entrants, since incumbents have well-established networks and existing customers. New entrants require fair access to both,” Ambani said. “Therefore, the onus is rightly on the incumbent operators not to misuse their market power by creating unfair hurdles, when it comes to providing points of interconnect between their networks and Jio’s network. Such hurdles will serve only to create a poor experience for Jio’s customers who are trying to make calls to incumbent operators’ networks.”

Ambani pointed out that over the last week, Jio customers who are part of its trial phase suffered five crore call failures to other networks because of insufficient interconnect capacity provided by incumbents, “giving the impression to common Jio customers that voice is not working, when actually the incumbent operators are deliberately dropping calls.”

Tanu Sharma, associate director (large corporates) India Ratings and Research, a Fitch group company said that data tariff structures are likely to be disrupted with the launch of Reliance Jio, while data volumes and subscriber growth will accelerate.

“It will intensify competition which will squeeze the market share, EBITDA margins and credit metrics of incumbents,” she said. "Large telecom companies like Bharti Airtel Limited, Vodafone India Limited and Idea Cellular Limited have already undertaken pre-emptive price cuts by offering higher data volumes for the same price to retain customers,” she said.

“[Reliance Industries] has delivered a knockout punch on pricing of voice and data tariffs which everyone was waiting for. No doubt tariff plans for voice and data is going to be a game changer for the telecom industry,” Dharmesh Kant, Head – Retail Research of Motilal Oswal Securities said.