Healthcare gets much-needed boost; implementation will be key

Budgetary allocations focus on various determinants of health ranging from vaccination and nutrition to sanitation and pollution, so all eyes are on how much funds will finally be made available by the Centre and states to strengthen health systems on the ground 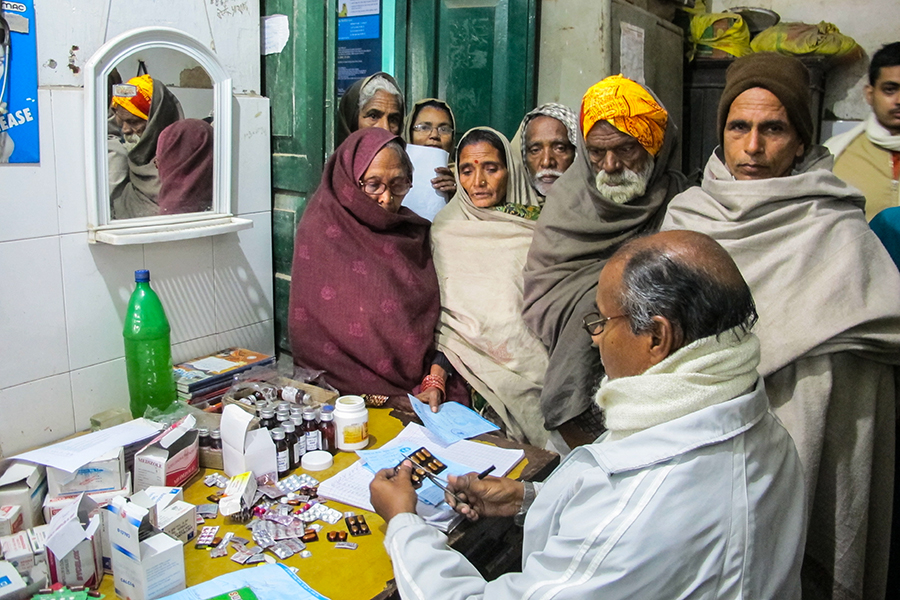 In the Union Budget tabled on February 1, Finance Minister Nirmala Sitharaman allocated Rs 2.23 lakh crore toward health and well-being, an increase of 137 percent from last year where the allocation stood at Rs 94,452 crore. This also included Rs 64,180 crore towards a centrally-sponsored scheme called the PM Atmanirbhar Swasth Bharat Yojana, which focuses on developing health infrastructure from primary to tertiary care, apart from strengthening health surveillance to detect and cure diseases.

In a first, the Budget goes beyond direct allocations toward health and health systems to include other determinants of overall health and well-being.

“The enhanced allocation, along with the plan to look at health care holistically, including nutrition, sanitation, clean drinking water and pollution control, certainly augurs well for the country,” says Dilip Jose, CEO, Manipal Hospitals. For example, included in the health and well-being spending is an outlay of Rs 287,000 crore over the next five years toward universal water supply and an announcement to launch the urban Jal Jeevan Mission. It also accounts for an amount of Rs 2,217 crore across 42 urban centres with a million-plus population to work toward clean air. Sitharaman announced Rs 35,000 crore for Covid-19 vaccinations in FY22, and said the government is “committed to provide further funds if required”.

Hitesh Sharma, tax partner and life science sector leader, EY India, points out that if one removes the various other determinants that have been included in the health care spends, the actual  increase in allocation for the department of health and family welfare has merely been around Rs 6,257 crore, up from Rs 65,012 crore last fiscal to Rs 71,269 crore this year. This number excludes health research spends of around Rs 2,663 crore and nutrition spends of Rs 2,700 crore.

“The government has talked about health at a more fundamental level, with the inclusion of more public health labs, tertiary units etc so the only budgetary increment that we are really seeing is the Rs 64,180 crore towards the PM Atmanirbhar Swasth Bharat Yojana, which will also happen across the next six years,” Sharma says.

“We’ll have to wait and see much of the allocation gets into the health and family welfare department and to the National Health Mission (NHM) in particular, which has seen a four percent absolute decrease in allocations over the last five years,” Srinath Reddy, president, Public Health Foundation of India, tells Forbes India, agreeing with Sharma. According to him, the focus on increasing numbers of health and welfare centres, particularly in urban areas, is good news, because “urban primary health care was long neglected”.

Experts, who have been stating for years that the ideal health care spending of the country must be 2.5 percent of the GDP compared to the 1 percent that it is currently at, say it is too early to determine how much Union Budget 2021 has moved the needle. “Health is a state subject and the expenditure is one-third from the Centre and two-thirds from the states. So we have to wait for the state budgets, but if the Centre increases health spending substantially, like it has done, the states are also likely to take the cue,” Reddy says.

Sharma of EY India says even if health care spending as a proportion of the GDP spikes up marginally, it will be because of the one-time vaccination allocation of Rs 35,000 crore. “Without all the numbers, we can’t really say for sure how much the needle has moved as of now, but I don’t think the allocations have done much,” says Sharma.

In her speech, the finance minister announced Rs50,00 crore over five years for the National Research Foundation, to ensure that the “research ecosystem of the country is strengthened with a focus on identified national-priority thrust areas”. While Sharma hopes that one of the focus areas will be on the much-needed health innovation, he says that the Bills for the National Commission for Allied Healthcare Professionals and  the National Nursing and Midwifery Commission will bring “standardisation and transparency” in operations.

The absorption and utilisation capacity of the funds allocated toward health care will depend on two key pillars, experts believe: Workforce and infrastructure. Building on the latter without strengthening the former is likely to be meaningless. “A good way to strengthen the health workforce is to expand and strengthen primary health care, because training a specialist doctor takes nine years while Accredited Social Health Activists (ASHAs) and Auxiliary Nurse Midwives (ANMs) can be trained in less than a year,” says Reddy. “So recruitment and strengthening of the health workforce also need to be done quickly.”