Why some companies stood by workers when Covid-19 battered business

A new study finds that corporate decisions to either protect workers or lay them off had a lot to do with ... compassion 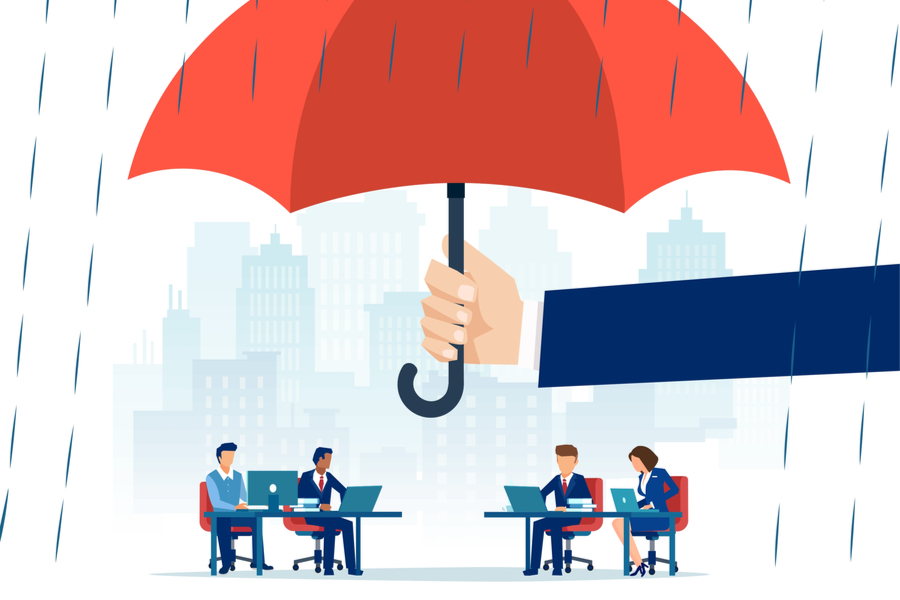 More than 22 million American jobs disappeared soon after the COVID-19 pandemic exploded in March 2020, and less than half of those had been recovered by the start of 2021.

But there were huge differences in how the nation’s biggest corporations responded, and those differences weren’t based just on the magnitude of their financial struggles. While many companies immediately slashed their payrolls, others with comparable fiscal strength worked hard to avoid layoffs and pay cuts. Some made special accommodations, such as paying for backup childcare and extra sick leave. Some even increased pay for frontline workers.

A new study of America’s biggest employers during the first three months of the COVID-19 crisis, coauthored by Rebecca Lester at Stanford Graduate School of Business, finds that a company’s financial strength was only part of its calculation.

Not surprisingly, companies that were hit hard by the pandemic downturn were much more likely to lay off employees, even if those companies had been in strong financial shape beforehand. But hard-hit companies that benefited from strong cash reserves were only half as likely as their financially weaker counterparts to impose layoffs.

“If companies had cash reserves, they seemed willing to use some of them to help their employees,” Lester says.

Put another way, says Lester, American companies differ widely in their governance, in how much it costs them to retrain and rehire workers, and in how much they genuinely care about “stakeholder values” — in this case, the protection of employees. When the pandemic caused the worst downturn since the Great Depression, those differences had a significant impact on how companies responded.

“There’s been a big movement toward stakeholder values, and what we see playing out here is that it truly matters for some companies,” says Lester. “Some firms have made real commitments to treat their workers well. They aren’t just making statements because it seems to feel good.”

The findings were based on an analysis of 354 of the nation’s biggest employers from March through May of 2020.

Lester, working with Ethan Rouen at Harvard Business School and Braden Williams at the University of Texas, collected and analyzed daily announcements, press releases, and news articles about how these companies were responding as the pandemic was unfolding last spring. The researchers relied on data from Just Capitalopen in new window, a nonprofit that meticulously tracks companies on such issues.

Forbes magazine uses Just Capital’s rankings to compile its annual list of “The Most Just Companies in America,” and Goldman Sachs uses the group’s rankings to select companies for its exchange-traded fund of companies with strong commitments to environmental, social, and governance issues.

Lester and her colleagues looked at how each of the 354 companies responded to the pandemic, focusing on how the companies implemented two labor practices: increased pay and/or workforce expansion for companies with frontline workers, and workforce reductions via furloughs and layoffs for companies facing an extreme decline in customer demand.

About 28% of the companies quickly announced layoffs and furloughs, while 25% actually announced pay increases for workers.

The researchers sorted the companies first by their financial flexibility. The main indicator was a company’s net cash on hand before the pandemic, but they also looked at factors such as pre-pandemic profitability and sales growth.

Not surprisingly, the researchers found that companies with above-average amounts of cash were 16% less likely to furlough or lay off workers than were companies with weaker cash positions. That makes sense: Companies in dire straits have less ability to keep paying workers.

But the researchers found that financial factors were only part of the story.

The next step was to sort companies by their governance scores, their cost structure, and how well they had treated workers in the past. Companies with strong finances but below-average scores on friendliness to workers were 29 percentage points more likely to reduce their workforces than were companies with similar financial strength but above-average scores on treating workers well.

Lester cautions that the study doesn’t resolve the question of which companies made the right decisions for shareholders. It’s possible, she says, that seemingly strong companies had already needed to eliminate jobs and simply used the pandemic as an easy way to justify an unpopular decision.

It’s also possible, however, that treating workers well during the pandemic is good for shareholders and employees alike.

“I’m hopeful that these types of firms will be able to reward not only their employees, but also their shareholders,” Lester says. “I think companies can perform well while also doing well for society.”

Tweets by @forbesindia
Finova Capital: How a husband-wife duo is rewriting rural India's fortunes
Nuts and bolts of GoMechanic's 'why' and 'why not'