Despite his reputation for ruthlessness, Blackbeard ran a surprisingly progressive and equitable ship. Francesca Gino highlights three lessons for today's leaders from the golden age of piracy 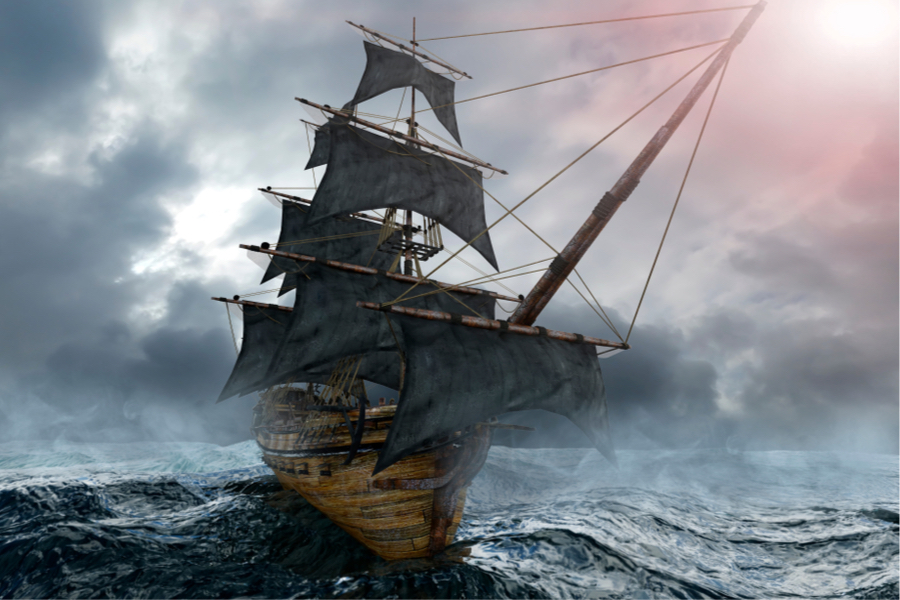 In the deep heat of an 18th-century summer, a crew of pirates was sailing off the Virginia coast when a lookout spotted a merchant ship to the south. Springing into action, the pirates launched an attack, rocking the merchant ship with a cascade of musket balls and grenades. The helmsman of the merchant ship abandoned the wheel, and the vessel swung around, allowing the pirates to board, brandishing their axes and cutlasses. Behind them, through the smoky haze, came the captain. Sashes holding daggers and pistols crisscrossed his large chest. Black ribbons flapped in his braided beard. The most feared pirate of his era, notorious English raider Blackbeard, had taken another ship.

We usually associate pirates with violence, theft, and mayhem—all indisputably true. What we may not think about, however, is how someone like Blackbeard was so effective at inspiring and commanding his crews. Pirates, it turns out, were forward-thinking in a number of surprising—and instructive—ways. Here are the three that stand out to me as raising interesting implications for our leadership.

Everyone has an equal voice. For many sailors on the open sea, merchant ships were a floating dictatorship. With the blessing of the vessel’s owner, the captain treated crewmen as he saw fit, often harshly. Sailors were beaten, overworked, underpaid, and sometimes starved. Morale was low. Dissent was punished as mutiny.

Pirates, by contrast, practiced a revolutionary form of democracy. To keep the ship running smoothly for months on end and discourage revolt, pirates voted on who should be captain, set limits on his power, and guaranteed crew members a say in the ship’s affairs. They also elected a quartermaster, who in addition to his primary duties—settling minor disputes and distributing supplies and money—served as a check against the captain’s authority.

Except in the heat of battle, when the captain took full command, no single man ruled the others. Captain and crew took a vote on everything: where to go, from whom to steal, how best to steal, what to do with prisoners. And when rules were disputed, it was a jury of crewmen who decided the matter, not the captain. With enough votes, the crew could not only demote or dismiss the captain but even maroon him on an island or dump him into the sea.

A sense of ownership is powerful. Any pirate could lodge complaints or concerns without fear of reprisal, as crew members were protected by “articles”—essentially, a constitution drafted for each ship. The articles were formulated democratically and required unanimous agreement before an expedition launched. They set the rights and duties of the crew, the rules for the handling of disputes, and incentives and insurance payments to ensure bravery in battle and compensate injured crewmen. The articles gave all crew members a sense of personal investment: They felt their actions mattered.

What matters is skills and commitment, not background. As they sailed the high seas, pirates picked up mariners from different races, religions, and ethnicities, which made for a cosmopolitan lot. Though slavery was common on the land, for example, at sea, Black pirates had the right to vote, were entitled to an equal share of the booty, could bear arms, and were even elected captains of crews. Individual pirates were valued for their competence and hard work; their background and skin color were irrelevant. In fact, pirates knew that when they raided slave ships, they came away with better crews. Blackbeard’s ship was arguably more progressive and equitable than American or English society at the time.

Would they choose you to lead?
No matter our industry or role, we all face a choice of how to lead at work: in our relationships, on our teams, and in our companies. We can brandish our job title, focus on our own accomplishments, or command attention with a booming voice. Or we can choose to think like a pirate, ensuring that every person on our team “shall have an equal vote in affairs of the moment”—as stated in the first article that governed the ship of Welsh pirate Black Bart, known for capturing the greatest number of vessels during the golden age of piracy. We can seek to give each person a sense of personal investment in the team’s success. We can look beyond gender and ethnicity to elevate skills and work ethic.

According to one study of more than 800 employees, those with a strong sense of ownership in their organizations—when they felt they had an equal voice, and equal stakes in team outcomes—were more committed, satisfied, and productive. When ownership of both ideas and problems becomes shared, rather than concentrated in the hands of a few, workers and their organizations thrive.

Pirate captains served at the pleasure of their crew, which meant they understood they had to earn the trust of their crewmates. Our work lives would be markedly different if we embraced the same way of thinking, asking ourselves on a day-to-day basis the same question Blackbeard would: Am I the captain that my crew would choose as its leader today? This powerful question can center our attention and energy on the very conditions that will help everyone on our crew thrive—and make the conquests that matter.

This article originally appeared on LinkedIn.

Francesca Gino is the Tandon Family Professor of Business Administration at Harvard Business School. She's the author of Rebel Talent: Why It Pays to Break the Rules in Work and Life.