"Know what people say about you in the company"

Former DuPont CEO Ellen Kullman shares her advice on establishing credibility—in a crisis, and throughout your career. 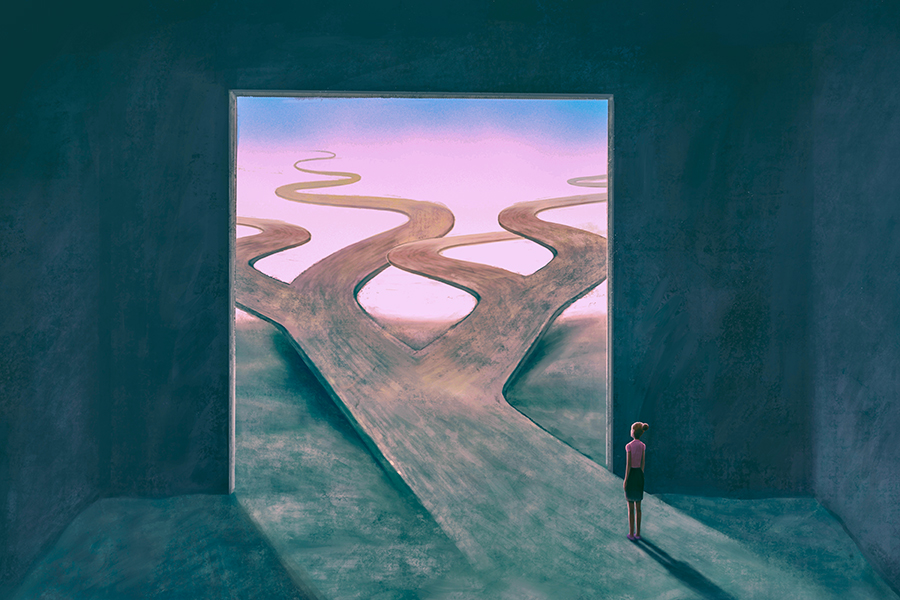 Kullman, a Kellogg School alumna, spoke with Kellogg professor Jörg Spenkuch as part of a leadership and crisis management speaker series. Kullman discussed what she’s learned about steering through crises, making tough calls, and soliciting the feedback that will ultimately make you a better leader.

Jörg Spenkuch: What is the hardest thing for a leader to do during a crisis? What doesn’t come naturally?
Ellen Kullman: I spent 27 years in total at DuPont. So by the time I was the CEO, I was 20 years in. I knew the people very, very well. Sometimes you sit in your own environment too long; it’s like the frog in the frying pan. And you don’t see it, you don’t feel it. You’re not listening enough to the outside. And so it really is [about] having that eye to the reality of the situation, not what you’d like it to be, and really making sure you’re getting the straight, unvarnished truth about what the situation is. You really just have to make sure you have the right people holding the mirror up and telling you the truth.

Spenkuch: Sometimes leaders, particularly in crisis, face a trade-off between doing what they and others perceive as right and what is good for the bottom line. How can you navigate these trade-offs?
Kullman: I grew up in the “four stakeholder” theory of leadership, meaning that if you make products your customers love, and your employees are actively engaged, and the communities where you operate want you there because you’re a good citizen, then your shareholders will benefit.

If you were only looking at shareholder returns, you wouldn’t make investments in anything that didn’t pay back in a couple of years. When you’re on the front side of science, paybacks can be longer than that. And I think you even see with the high-tech companies out there in Silicon Valley: these guys have huge valuations and they haven’t made any money yet. So you need to take a look at more than just the bottom line. You can cut research and development, and you’re not going to have a company in five years, or ten years, right? So you have to take a longer-term view.

But it doesn’t mean that there’s a bottomless bucket, where you can just keep spending money on things that aren’t going to make the employees more engaged, create environments where people want you, or make your customers happy.

I always try to use principles to make my decisions as opposed to one-offs, because otherwise, how can you explain that you spent the money in that case but didn’t spend it in another case? If you can establish some principles around those engagements, whether people agree with you or not, at least they have an opportunity to understand.

The only thing you have is your reputation. People forget the specifics. People couldn’t tell you whether I had TSR to beat the market or not. But what they could tell you is: Do they believe I’m an ethical leader? Do they believe I stand on principle? And do I face issues head on?

You need to make those decisions based on, can you live with yourself? I’ve had men leave DuPont, go to another company, and within a year call and say, “Can I come back?” And these were actually people I wanted. So, [I said] sure. But I interviewed them before they came back. I wanted to understand what was going on. And frankly, in a couple of these cases, they were asked to do things that they believed were unethical. And that was something they just couldn’t live with.

I’ve never been asked to do anything unethical in the years that I’ve been working. I’ve been challenged a few times with saying, should we? And you can get into a discussion around it, and work your way through it, and hopefully get to a better place.

Spenkuch: You didn’t start out as the CEO of DuPont; you rose through the ranks. As you did so, what were some things that raised your credibility and standing?
Kullman: Have a high “say-do ratio.” So if you say you’re going to do something, do it. And if you do it, do it well. I had a reputation for saying what I was going to do and getting it done. The other thing is, can people trust you? And it’s not, are you trustworthy or not? It’s, do they believe you are? Every company that you work for writes a book on you. And that book starts the day you walk through the door, and it doesn’t end when you leave. Know your book, right? Know what people say about you in the company.

And you’ll find there’ll be mentors, or sponsors, or people who will give you that kind of feedback. And you need to seek that out. Because the people that struggle the most are the ones that either didn’t know their book, or didn’t believe their book. And I think that comes down to self-awareness. Self-awareness is one of the traits that has helped me the most through my career: understanding the impact I have on people—good, bad, or indifferent.

I was known to have very sharp elbows early in my career. I played competitive basketball in college, so I had to bring them in a little bit in order to really excel in the DuPont culture. And all the things that make you great as an individual contributor or a middle-level manager work against you as you get to higher levels. You need to manage more through influence. You need to understand people and where they’re coming from and look for common ground. And it’s not about winning or losing, it’s about coming together to get the company or the business into a better place.

Spenkuch: You mentioned mentors. Could you speak a little bit to their importance and perhaps give some advice on how to pick a mentor, or recognize who’s likely going to be a good mentor?
Kullman: The best mentors to have are the ones that pick you, right? And that doesn’t happen that often. Look for people who know the culture, who know how work gets done. Because that’s kind of the inside baseball you need in order to take your skills and deploy them as best you can.

Spenkuch: To what extent do the same rules apply to women and people of color? Would you give them the same advice for rising through corporate hierarchies?
Kullman: In my experience—and I think the research has borne this out—women and people of color tend to not put themselves forward for opportunities if they don’t have 90 to 120 percent of the skills necessary. And I believe the best opportunities are the ones where you have 60, 70 percent of the skills necessary. And then you’re going to grow the other 30 percent because you’re going to be a learner.

Your company’s leadership doesn’t know, unless you tell them, what career path you want to go on. I was really clear that I wanted to run businesses. I didn’t want to get into a staff position. I stuck to my guns, and I earned my way there. I was a little patient at times, maybe a little impatient at times. And if I didn’t get a job, I would say, “Okay, so help me understand what I need to do to be a better candidate for that kind of job in the future.”