But companies take note: a new study offers a simple intervention to curb gender bias early in the hiring process 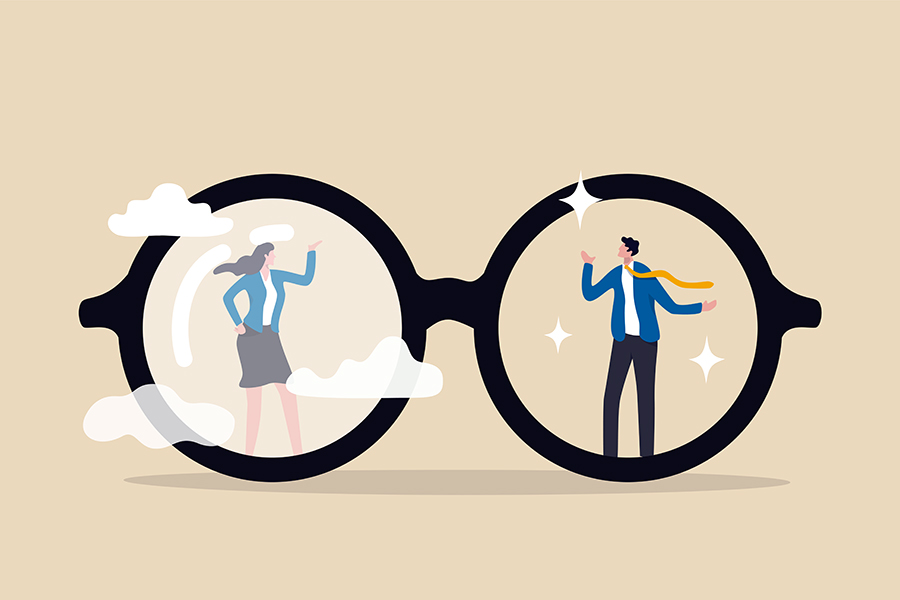 While conservative recruiters don’t actively discourage women from applying, they offer less encouragement to women than to men during the early stage of filling senior positionsImage: Shutterstock

Why, despite decades of progress, are women still vastly underrepresented in senior leadership positions at U.S. organizations? It’s a question that has vexed companies, policymakers, and women themselves—and one that has many answers, ranging from lack of mentorship and training to outright discrimination.

Maryam Kouchaki, an associate professor of management and organizations at the Kellogg School, thought there might be another important dimension to the gender leadership gap: women receive less encouragement to apply for senior positions than men do.

Pre-recruitment—the early phase of a job search, when other employees, recruiters, and human-resources staff identify qualified contacts and encourage them to apply—is an increasingly important and common aspect of the hiring process. One survey found that 82 percent of U.S. organizations use social-media platforms such as LinkedIn to contact potential candidates.

“When it comes to discrimination and sexism in the workplace, a lot of the research has focused on issues like raises and promotions, which are very important,” Kouchaki says. “But when you think of the broader issue of underrepresentation, while there are probably many mechanisms at play, we felt like pre-recruitment was crucial in terms of whether women would get excited about a position.”

Kouchaki wanted to understand whether recruiters framed positions differently depending on the gender of the prospective candidates. In particular, she was interested in how political ideology might influence pre-recruitment communications.

She and her coauthors focused on political ideology in part because of how that can impact people’s preference for maintaining the status quo. Political conservativism, research shows, strongly predicts a person’s preference for the status quo—which, in many organizations, doesn’t include women in leadership roles.

For that reason, Kouchaki and her coauthors—Burak Oc of Melbourne Business School and Ekaterina Netchaeva of Bocconi University—suspected that conservatives might be less encouraging to prospective female candidates.

And indeed, that’s what they found: while conservative recruiters don’t actively discourage women from applying, they offer less encouragement to women than to men during the early stage of filling senior positions.

To Kouchaki, the research shows that bias doesn’t always manifest as obvious hostility or mistreatment. “Subtle discouragement can result in the underrepresentation of women in leadership positions,” she says.

Happily, the researchers also discovered that it wasn’t hard to overcome the encouragement gap between liberals and conservatives: simply reminding people that women leaders can have a positive effect on an organization was enough to eliminate the disparity in how conservatives treated female and males candidates.

Women get less encouragement to apply for leadership positions
Kouchaki and her coauthors started their investigation by recruiting a group of 222 working adults in the United States.

Participants were asked to imagine themselves as hiring managers browsing LinkedIn to recruit candidates for a senior leadership position. They had come across a promising prospect with strong qualifications and relevant experience: either David Thompson (for half of the participants) or Sarah Thompson (for the other half).

Next, participants were given a list of eight facts about the position to use in an initial email to either David or Sarah—half positive attributes (e.g., good pay, friendly colleagues) and half negative (e.g., no flexible working hours, skimpy benefits). Participants indicated which of these they would include in an introductory message. They also indicated from one to five how likely they would be to immediately send the email and the probability they would continue searching for other candidates.

The researchers discovered that political ideology didn’t have any effect on how likely participants were to contact David or Sarah or their desire to continue searching for other candidates. But it did change the content of those introductory messages: conservative participants, they found, used fewer positive facts about the position when writing to Sarah as opposed to David. Political leaning didn’t affect participants’ use of negative facts, however.

“Conservative participants, on average, are not more likely than liberal ones to push more negative information. They’re just not selling the position to female candidates,” Kouchaki explains. “That was interesting for us—it’s not a case of hostility; it’s that you are less inclined to be positive.”

Conservatives are anxious to preserve the status quo
The first study showed the researchers that political ideology does influence how decision-makers treat men and women during the pre-recruitment phase of a job search. But it didn’t explain why conservative recruiters treat female candidates differently.

Kouchaki and her coauthors suspected that anxiety about change may have played a role. Conservative political beliefs are characterized by a desire to maintain the current social order—an order that in many cases doesn’t include women in leadership positions. And when faced with such a threat, the dominant emotional response is anxiety.

“Anxiety here is a reaction to the threat women pose to their status or what they think is the right way to do things,” Kouchaki says.

To test this theory, the researchers repeated the first experiment with a larger group of participants and a few tweaks: this time, they asked participants to rank on a one-to-seven scale how anxious they felt at the prospect of interacting with David or Sarah. In addition, participants actually wrote an introductory email, rather than simply indicating which positive and negative facts about the position they would include in one.

The researchers used specialized software to analyze these emails for positive-emotion words; for authenticity (the use of words and expressions associated with uncensored thought); and for personal pronouns (“I” rather than “it”—a sign of more personal and friendly communication).

As in the first study, political ideology predicted the content of participants’ emails: when writing to Sarah as opposed to David, more conservative participants used fewer positive-emotion words, less authentic phrasing, and more impersonal pronouns. In other words, the emails weren’t just less positive; they were also less open and friendly.

Simple interventions can reduce gender bias
Having established this subtle bias on the part of conservative hiring managers, the researchers wondered if anything could be done to counter it. They ran one final study to find out.

Once again, they repeated the basic design of the first study with new participants. This time, however, instead of only assigning participants to the David or Sarah group, they added a third option. This group was told they had found a promising candidate named Sarah—and were given information about the positive organizational effects of having women in leadership roles.

This information, Kouchaki says, was designed to legitimize and normalize the idea of hiring women—something they suspected might particularly help conservatives, who feel anxious about social change.

As in the first study, participants indicated which facts about the position they would include in an introductory message. But this time, the researchers weighted each of those facts on the theory that some positives and negatives are more important than others. (After all, good pay is typically more important to job seekers than friendly colleagues, although both are desirable.) They used the quantity and weight of the positive descriptors participants selected to calculate a positivity score for each participant’s proposed message.

Once again, conservative participants wrote more positive messages to David than to Sarah—but this pattern disappeared among participants in the third group, who learned both about Sarah’s professional qualifications and about the importance of hiring women into senior positions.

Tackling bias through training and technology
This final study showed that even small measures can help reduce gender bias.

A simple reminder that hiring women can have organizational benefits was all it took to overcome the encouragement gap—a message companies can reinforce during trainings for hiring managers. The power of this small intervention is a sign that “legitimizing the presence of women and minority groups in companies is really important,” Kouchaki says.

Companies can also use technology to ensure they aren’t discouraging women from applying, Kouchaki notes. One technology startup saw its number of female employees increase by 30 percent after implementing a text-analysis tool that checks for biased language in job descriptions.

Together, these kinds of interventions can help employees become more mindful about all the interactions they have at work, Kouchaki says: “Changing people’s mindsets and attitudes in these more formal ways could have a spillover effect even when it comes to personal interactions.”

Tweets by @forbesindia
As the Taliban tightens its grip, fears of retribution grow
Inside our unicorn special