Are You Optimally Distinctive? 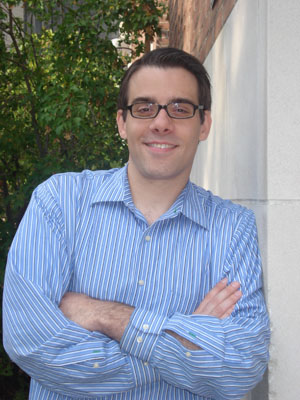 Your research includes work on Optimal Distinctiveness Theory (‘ODT’).  How do you define it?
Human beings are characterized by two basic, opposing needs: a need for inclusion—a desire to ‘belong’ that motivates our immersion in social groups; and a need for differentiation from others. An ‘optimally distinctive’ identity is one that satisfies the need for inclusion within an in-group (i.e. feeling similar and belonging with a group) as well as the need for distinctiveness between that in-group and various out-groups, so as to distinguish one’s group from others.

These needs have their origin in our evolutionary past, where security and survival depended on inclusion in stable, clearly-differentiated social groups. As a consequence, our sense of personal security is maximized in the context of ‘in-group’ membership and clear in-group–out-group distinctions.  What we have found is that when you're a member of an optimally-distinctive group, you tend to trust members of your in-group significantly more than members of other groups. You also develop a better perception of yourself when you are in a setting with people you feel connected to.

Even within a given context, optimality is not necessarily fixed. For example, when an individual first joins a new social group, his inclusion needs may be particularly salient. If so, he would be concerned that the in-group is sufficiently inclusive and broadly defined so that he clearly falls within the group boundaries. Over time, however, once inclusion has been established, differentiation motives may be more strongly activated, and he will become more concerned that the in-group boundaries are defined so that the in-group can be clearly differentiated within its broader social context.

How do these needs vary by individual?
Asking how strong an individual’s need for inclusion is, is like asking how hungry she is. Like any need or drive, inclusion and differentiation motives vary as a function of current levels of satiation or deprivation. However, individuals may differ in how sensitive they are to changes in levels of inclusiveness: just as some people start feeling ravenous an hour or two after eating, while others don’t even notice they haven’t eaten all day, so some people will react strongly to even a slight loss of inclusiveness, whereas others will be more tolerant of a range of in-group inclusiveness.

How do ‘prototypes’ fit into the picture?
One way that individuals can satisfy their need for in-group inclusion is to alter themselves to be more consistent with a ‘group prototype’. This can be achieved in a variety of ways. For example, group members can change their behaviour or appearance or adopt the beliefs and attitudes that are typical of the group. Prototypicality can also be achieved by perceiving the traits that are stereotypical of the group as being descriptive of the self. This process has been described in the research literature as ‘self-stereotyping’.

Can you provide an example of optimal distinctiveness?
The one that comes to mind immediately is sports fans. Whether you’re a fan of hockey, basketball or football, the team you choose to support really distinguishes you from other people, and we revel in both the inclusion and the differentiation aspects of this. In the realm of business, profitable companies that represent a relatively small market share of an industry can also be optimally distinctive. Annie’s Mac and Cheese is an example. Annie’s makes organic macaroni and cheese that is sold at Whole Foods. While not everyone is familiar with it, its distinctiveness adds to the notion of value: it stands out among those who consume it, because it is perceived to be different and potentially more reliable than a ‘mass’ brand like Kraft Dinner. To expand on this idea, if an organization is presenting itself as an ‘industry minority’ that is optimally distinctive, employees might be more inspired to work harder on the company’s behalf, because within a smaller in-group, each piece of work becomes more meaningful.

What are the implications of Optimal Distinctiveness Theory for dealing with societal issues like discrimination?
The fact is, human psychology was not forged under the conditions of global interdependence that characterize today’s social environment. The challenge now is to learn to accommodate the human need for distinct in-group identities with the necessity for inter-group acceptance and cooperation to solve contemporary problems. A better understanding of the two opposing motives that underlie our social identities may suggest alternative ways to meet these fundamental needs, so that we can reap the benefits of in-group belonging without the social costs of inter-group discrimination and conflict.

In your research you have also studied the gender effects of ‘cultural tightness’ vs. ‘cultural looseness’. Please describe these terms.
The measures of cultural tightness and looseness were developed by University of Maryland Psychologist Michele Gelfand,  who looked at 33 nations around the world and identified how people in a given nation stand on different cultural norms. She found that ‘tight’ cultures have many strong norms and a low tolerance for deviant behaviour, while ‘loose’ cultures have weak social norms and a high tolerance of deviant behavior (i.e. anything that varies from the ‘norm’).  Malaysia, Pakistan, India and South Korea were found to have generally tighter cultures, while Estonia, Hungary, Israel and the Netherlands were found to have looser cultures. The U.S. and Canada ranked somewhere in the middle. This sort of understanding is definitely relevant for foreign relations, since it illustrates how parties may think and act based on different assumptions. It’s also relevant for businesses that have employees and consumers in other countries.

Why do tighter cultures yield fewer women in leadership positions?
My collaborator, Rotman Associate Professor Soo Min Toh, and I propose that it is because of a gender/leadership ‘road block’: people in tight cultures tend to have a conflict between their belief about ‘what it means to be a woman’ and ‘what it means to be a leader’. There’s a prevailing idea in these cultures that being a woman and being a leader are somehow incompatible.  The problem is, when the general public sees women as unlikely to be leader-like, women also view themselves as more unlikely to show leadership potential.

Does this theory explain why some nations are more successful in achieving gender equality?
We believe that it does. Once people deviate from traditionally-held norms, it can have a ‘spreading effect’, whereby people see women in leadership roles and begin to believe that women can be effective leaders. In looser cultures, this belief can spread quickly, while in tighter cultures—because there are more sanctions against deviance—it’s more difficult for this to happen.

We believe that gender quotas—which don’t seem to work in many places like Europe and North America—might actually work in tighter cultures. An example is Norway, which is a tight culture despite being European. In 2003, it mandated that 40 per cent of corporate boards consist of women. Over a period of time, there has been a radical transformation in this country, whereby the representation of women in positions of leadership has jumped dramatically.

Do you think the U.S. and Canada are on the right track to encouraging more women in leadership roles?
Absolutely. We’ve had some very high profile women in leadership positions lately–like Hillary Clinton and Susan Rice—and  we’re seeing more female CEOs, like Marissa Mayer at Yahoo and Sheryl Sandberg at Facebook. In the U.S. Supreme Court, there are number of women in key roles, and the state of New Hampshire’s entire delegation to Congress is female. The more representation we see in these high profile positions, the more we’ll see down the line.

Cultural tightness is a relatively new concept in this realm; it isn’t really on anyone’s radar yet with respect to leadership, but we  believe it is the key to gender equity.

Geoffrey Leonardelli is an associate professor of Organizational Behaviour and HR Management at the Rotman School of Management.  Rotman faculty research is ranked in the top ten worldwide by the Financial Times.

Tweets by @forbes_india
To be, or not to be, the Next-Generation family Business Leader
Pro Kabaddi: A Strong Start, but the Need for Improvement