How effective are algorithm-aided decision-making tools in helping reduce bias? Can they level the playing field for women? 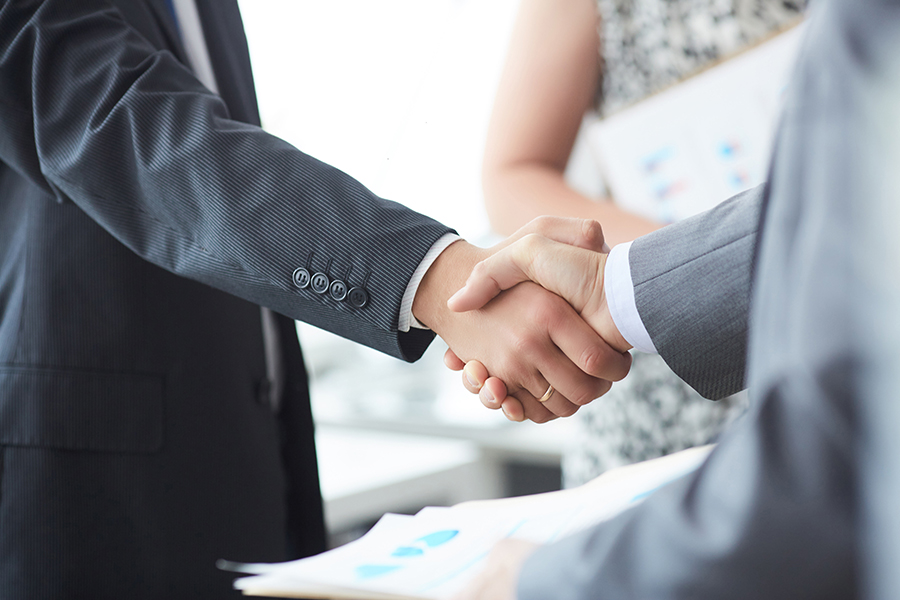 By some measures, things are looking up for female entrepreneurs. So far this year, according to recent data from Crunchbase, startups founded by women have attracted nearly $5 billion in venture capital (VC) globally.1 And yet, for every $100 invested by VCs, only $3 goes to female-led ventures.2 Last year, female-only founding teams garnered a dismal 2.3 percent of the total venture capital invested in startups.3

But why? Recent research shows that the way VCs evaluate deals varies with the founder’s gender. “Investors routinely question women’s abilities to launch and scale high-growth ventures,” says Professor Morela Hernandez, who studies the role of diversity in organizational systems and decision-making practices. “VC investors will — often implicitly — prefer pitches made by men over those made by women.”

Hernandez attributes this tendency, at least in part, to gender bias that creeps into funding decisions and the innate inclination humans have to use rules of thumb or past experiences to make decisions when verifiable facts aren’t immediately available. “When making decisions under a high degree of uncertainty,” says Hernandez, “investors will rely on heuristics for gauging potential success. The drawback of this approach is that these heuristics have been, in a sense, derived from limited data. Because past funding has gone to mostly male-founded startups, we lack data — and thus, heuristics — that integrate the female entrepreneur. It’s a huge impediment to realizing gender equity in VC funding decisions.”

Mitigating VC Bias With Technology
This pervasive gender bias in VC — and the missed investment opportunities VCs leave on the table — is becoming an issue. “Some VC firms are starting to pay attention to how biases affect their funding decisions,” says Professor Roshni Raveendhran, whose research explores questions at the intersection of psychology and technology. “And they are turning to machine learning, predictive analytics and other quantitative, data-driven approaches to evaluating startups.”

But how effective are algorithm-aided decision-making tools in helping reduce bias? Can they level the playing field for women?

To explore that question, Hernandez and Raveendhran interviewed male and female venture capitalists, most of whom were involved in seed-stage and series A investing. At the same time, they analyzed VC firms’ use of data-driven decision-making tools, such as evidence-based forecasting models. Based on their findings, Hernandez and Raveendhran offer recommendations to help VCs mitigate bias in evaluating deals and making more quantitative — and equitable — investment decisions, published recently in MIT’s Sloan Management Review.4

Hernandez and Raveendhran found that, like the rest of the population, many VC investors have algorithm aversion. As seasoned experts, they tend to assume that they are better at assessing a startup’s team dynamics and other relevant information through their personal connections with founders.5 As a result, they eschew the insights that algorithms might provide.

To reduce algorithm aversion, Hernandez and Raveendhran offer the following recommendations for decision-makers:

Hernandez and Raveendhran also suggest that algorithm-assisted decision-making can be applied to selecting the most promising startups. Based on their research, they identified several ways that algorithms can be put to best use:

Develop algorithms to increase transparency and identify potential instances of discrimination. Because early-stage investors often lack quantifiable data to evaluate pitches, they tend to rely on their gut instincts, which can be rife with biases. Machine-learning assistance can boost transparency by pinpointing the unconscious factors that underlie gut instinct. Algorithms — designed with appropriate safeguards — can help humans audit their decision processes and determine if and when discrimination has happened.7

Release the data on performance impact. Our understanding of how useful algorithms are in assessing deals is based on self-reporting by VC firms, which tends to be unreliable. Being transparent about how algorithmic decision-making has affected performance outcomes that matter to stakeholders can boost accountability and help identify and correct problems with algorithm use in this area.

While some hail AI’s ability to remove human biases from decision-making, AI’s effectiveness in evaluating startups remains an open question, as Hernandez and Raveendhran’s study has shown. “In the VC domain, algorithmic decision-making is still in its infancy,” says Raveendhran. However, she and Hernandez have also learned that while humans and algorithms have flaws, each is critical for making decisions that result in more empirically grounded, less-biased outcomes.

Tweets by @forbesindia
Podcast: How India got glued to Netflix
What Denmark can teach us about sustainability