Good corporate governance is a great idea, but is anyone practicing it? 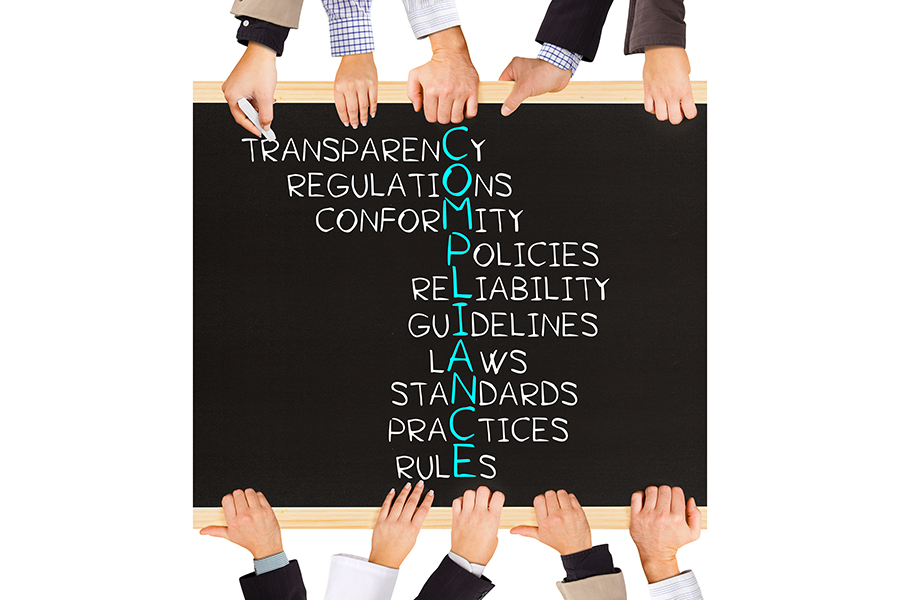 Whenever some major company is caught in an embarrassing scandal, whether it’s financial fraud, environmental harm, or revelations of widespread sexual harassment, scrutiny predictably is directed at the organization’s board of directors. They’re the ones, after all, who are supposed to protect the interests of shareholders by overseeing the company’s management strategy, offering advice and expertise, and keeping CEOs in line.

But how does a company ensure that good governance, an increasingly trendy term in the business lexicon, is actually going to take place? Some reform-minded experts have pressed companies to impose structural changes, such as requiring an independent chairman rather than allowing the CEO to hold both jobs, or banning staggered boards in which a portion of directors stand for election each year — a practice that prevents an activist investor from quickly seizing control. Others would eliminate dual-class share structures or limit what they see as excessive compensation of top executives. There’s also an impetus to scrutinize the qualifications of board members themselves, in the belief that certain characteristics lead to better governance.

That all sounds pretty good, in theory. But David F. Larcker, the James Irvin Miller Professor of Accounting at Stanford Graduate School of Business and director of the Corporate Governance Research Initiative, and his longtime collaborator Brian Tayan, a researcher for the initiative, point out a problem. It’s not really clear that any of these measures actually result in good governance.

“In our view, while corporate governance is really important, there’s a lot of loose thinking and bad empirical support for a lot of these ideas,” Larcker explains. “We’re just trying to get the story straight. Here are these ideas — let’s take a look at them and see if they make sense. Are they supported by research, or just conjecture?”

They see understanding as being hindered by two key problems. First, there’s a tendency to generalize and advocate one-size-fits-all solutions, without regard to differences in individual companies’ size, industry, or location, or how those factors influence whether a measure is a good fit or a poor one. Additionally, they say, central concepts and terminology in the debate over governance often aren’t clearly defined, making it difficult to examine their premises, supporting evidence, and effects — a problem that Larcker and Tayan have dubbed “loosey-goosey governance.”

Despite the lack of proof behind many measures for promoting good governance, many proxy advisory firms still include them in their guidelines, and they’re often accepted on faith by pension funds and other institutional investors as well, according to Tayan. As a result, “You see remedies being proposed that may not actually be beneficial.”

Examining Elections and Share Structure
One example is the often-recommended requirement for an independent chairman, which Larcker and Tayan note in their paper was the most common governance-related issue that investors raised during the 2019 proxy season. They cite a 2013 survey of 48 studies on the subject, which found that having independent chairmen had no impact upon corporate performance, managerial entrenchment, organizational risk, or executive pay practices.

When it came to staggered board elections, Larcker and Tayan found conflicting studies, some of which showed that staggering was harmful to shareholders because it decreased merger activity, solidified management in their positions, and lowered the value of companies. But an equally large body of research also showed that staggering could have positive effects, such as protecting business relations and thwarting unsolicited acquisition offers — and even, paradoxically, that it could boost firm value. The Stanford GSB researchers concluded that staggering “can be a feature of good governance or a feature of bad governance, depending on the company and the people who control it.”

Dual-class share structure is another practice that reformers often attack because it gives more power to a small group of shareholders, in excess of the financial interest that they hold in the company. Larcker and Tayan found that while much of the research on such arrangements suggested negative effects, there also was evidence of benefits, such as insulating management and boards from external pressure and allowing companies to invest in long-term strategies without fears of their plans being interrupted by takeovers. Additionally, a 2018 study found that the share performance of dual-share structure companies and those with single-stock classes was similar over the long term.

“You hear things, like ‘Hey, this is America — one share, one vote,’” Larcker says. But the practice doesn’t necessarily result in better governance, he explains. “You can find cases where voting control was used for an inappropriate purpose, but you can find other cases where it allowed companies to undertake risky practices that resulted in great value.”

Tayan concurs: “Just because something is ripe for abuse, doesn’t mean it always is [abused].”

Resumes Don’t Matter
Larcker is skeptical about efforts to evaluate individuals’ fitness to serve on boards based on characteristics that can be gleaned from their resumes, such as age or other board affiliations, or their ownership stake in the company. As he notes, such effects tend to focus on characteristics that can be measured, without much evidence about how they affect behavior or performance.

“You have to be in the boardroom to observe the dynamic, how they actually think about shareholder value,” Larcker says. “The hard part is — it’s easy to correlate how many people are tall or bald or whatever. But in terms of how the company does and whether that actually matters or not, it’s probably way less important than if you could actually figure out what sort of people they are. Are they putting in the effort, are they really diligent, do they have the interests of shareholders at heart in making decisions?”

Since much of what board members do is shrouded in confidentiality, “You know only their name and credentials,” Tayan adds. “You don’t know their contribution.”

Additional Board Misconceptions
The Stanford researchers believe that there’s a widespread misunderstanding of what boards actually do, akin to the misconception that corporate auditors’ primary job is to root out fraud, rather than simply to confirm that accounting rules are applied correctly and reasonable controls are in place.

“The board gets materials prepared by managers of the company, and they review these things,” Larcker says. “They’re not out there second-guessing the managers. They have no idea what the incentive structure is, deep in the organization. If any something goes wrong inside a company, the board gets some information on risk management, what’s being done about it, etc. But they’re not out there watching people turn the valves.”

Additionally, he says, technical credentials also may be overrated. “You get this question on General Electric all the time,” he explains. “It’s not like everybody on the board has to be an electrical engineer. The board is a team. You want a matrix, skills and competencies. You don’t want everybody to be the same. “

It could be that the future yields better insights into what makes boards effective — or ineffective — at governance. But for the time being, Larcker concludes, it’s difficult to infer competence from imposition of certain practices, even ones that intuitively seem to make sense.

“Looking for best practices might be easy and comforting,” he says. “But when you check that box, whether it makes your governance better is unclear.”

Tweets by @forbesindia
100 days of Covid-19 in India, in numbers
Covid-19: The risks involved in train travel, and how to stay safe