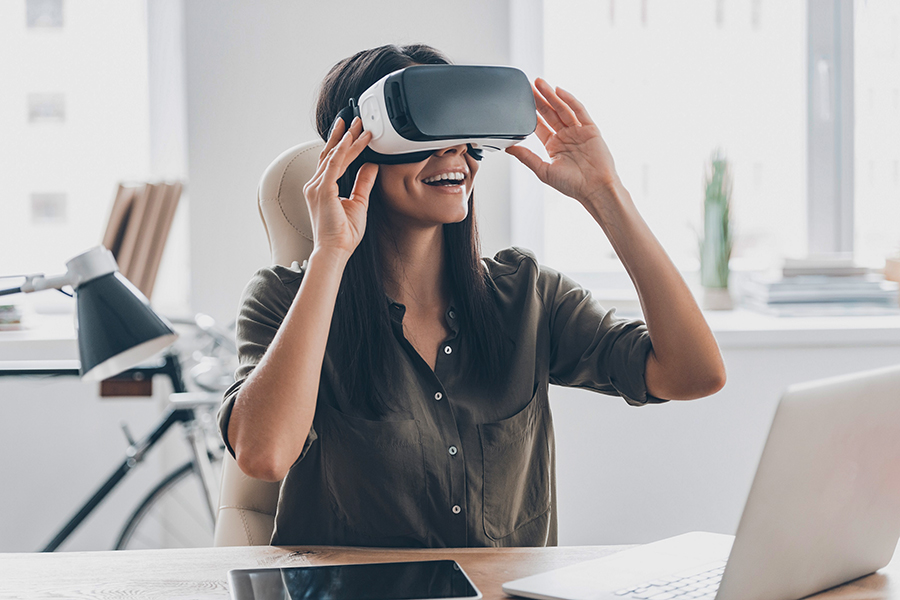 For many people, being able to work from home is still a luxury: Michelle Burris, a senior policy associate at progressive think tank The Century Foundation
Image: G-stockstudio / Getty Images

But experts warn that while top-of-the-line features may benefit privileged Americans, millions of others can barely access remote work tools already available.

Facebook has unveiled online "workrooms" for users of its Oculus virtual reality gear, and Google showed off interactive conferencing displays, declaring the "hybrid" mix of in-person and remote work is here to stay.

Yet outside of Silicon Valley and other urban centers, basics like a fast internet connection and proficiency in remote tech is beyond the reach of tens of millions in the United States.

"For many people, being able to work from home is still a luxury," said Michelle Burris, a senior policy associate at progressive think tank The Century Foundation.

One reason is access to high-speed connections, with advocacy group BroadbandNow saying in a May report that 42 million Americans—about 13 percent of the population— cannot get broadband internet.

Another problem is equipment as many workers have to buy their own.

Take the example of Patricia McGee in Texas—a 39-year-old mother of four who switched from an Amazon warehouse job to remote customer service work for another company when pandemic lockdowns hit about 18 months ago.

She had to plunk down $2,000 to get a computer, not to mention the price of internet and the process of installing software and updates.

"Not everybody can afford a computer. So it's taking jobs from people that can't (buy one) or actually don't have the skills (to use one)," she told AFP.

Her machine broke a few days ago and because she had exhausted her paid time off, McGee can't work or make money until her computer is back online.

Risk of being left out

The digital divisions exposed by the pandemic are well-documented with striking examples like families using the wireless internet at fast food restaurants so their children could attend school online.

As schools and workplaces have, in many areas, moved gradually back toward in-person activity, some inequalities have been eased.

But a percentage of workers have come to appreciate the flexibility and utility of a "hybrid" mix where they can work from home sometimes.

"It's one of these innocuous seeming things that looks like it's convenience but it can be—unless we really address and acknowledge it—another tool for increasing inequality," said Monica Sanders, a Georgetown University professor.

Sanders noted that this is different than other technological developments, like the latest smartphone or even having a videocassette player when the machines revolutionized home entertainment.

They didn't "impact your earning power or where you live or how you work," she said.

The change in how people work has not gone unnoticed for employers, with digital skills for zoom presentation or remote management tools working their way into job ads.

Author and remote work expert Rhiannon Payne said virtual reality will become as normal a part of how people do their jobs as cell phones and laptops.

She agreed the risks of excluding people cannot be ignored, but also that high tech tools can make life better.

"Companies are trying to find ways to make remote work genuinely easier and to help us increase connections with our colleagues," she told AFP.