What's keeping women away from the workforce? A new study finds out

The research paper by IWWAGE, released today, quantifies the factors contributing to the falling labour force participation of rural and urban women in India, while charting out ways to invest in gender-responsive economic recovery 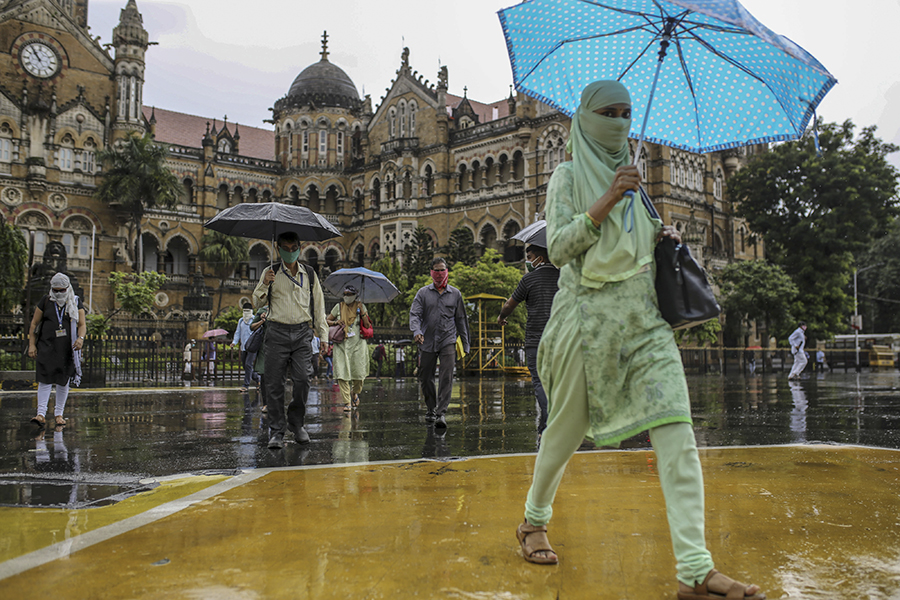 Female labour force participation in India has been declining since 1993-94, with the Covid-19 pandemic exacerbating challenges for women. (Representative image)
Image: Dhiraj Singh/Bloomberg via Getty Images

The Covid-19 pandemic has been terrible for women in the economy.

As per data from the Centre for Monitoring Indian Economy (CMIE), the overall labour force in India shrank by 1.1 million in April to 424.6 million, compared to 425.8 million in March, taking the labour force participation to 39.98 percent and increasing the unemployment rate to 8 percent.

If we specifically study the female labour force participation (FLFP) in India, it’s been showing a downward trend since 1993-94, with the country ranking low among other developing countries. The pandemic has only exacerbated these concerns, with more women falling out of or not participating in the workforce.

A study released on May 21 by the Initiative for What Works to Advance Women and Girls in the Economy (IWWAGE) examines the various factors behind the declining number of women in the workforce, while spelling out policy measures that will help improve their economic participation.

Titled ‘Working or Not: What Determines Women’s Labour Force Participation in India?’, the research paper shows how FLFP has dropped by about 24 percentage points in rural areas, from 52.1 percent in 1993-94 to 28.3 percent in 2018-19. The participation in urban areas, while showing a marginal decline, continues to be stagnant: From 25 percent in 1993-94 to 22.5 percent in 2018-19. This is way below the global average of 45 percent. The FLFP rate is estimated to have dropped below 20 percent now in the wake of the pandemic, Soumya Kapoor Mehta, head, IWWAGE, tells Forbes India. IWWAGE is a non-profit initiative of LEAD [Leveraging Evidence for Access and Development] at Krea University.

The findings of the study are drawn from an analysis of household-level data from India’s Periodic Labour Force Surveys (PLFS), and is among the few research papers to analyse the most recent PLFS data for 2018-19 that was released last year. It also assesses long-term employment trends using the National Sample Survey Organisation’s (NSSO) Employment-Unemployment Surveys (EUS), covering the years 1993-94 and 2011-12.

“Female labour force participation is volatile across age groups, from 15 to 59 years, both in rural and urban areas and across sectors,” says Ruchika Chaudhary, senior research fellow, IWWAGE, who is the lead author of the report. She maps out the extent to which key factors influence whether or not a woman takes up employment. “Quantifying this problem is really important, otherwise we won’t get to know the magnitude. What prompted us to undertake this research was to understand what really drives women’s labour force participation, factors like education levels, social and cultural norms, access to policies, childcare and other supportive infrastructure, demand for female labour etc.”

The study also finds how social groups influence FLFP, with employment opportunities for women belonging to Scheduled Tribes (ST), Scheduled Caste (SC) and Other Backward Classes (OBC) in rural and urban areas being affected due to factors such as labour market discrimination, skill mismatch, lack of adequate jobs, and employer bias against women from marginalised sections of the society. “The relationship between FLFP and these factors is not a straightforward one, and we have attempted to disentangle the impact of each of them,” Chaudhary says.

The study highlights a U-shaped relationship between female labour force participation rate and education. While women with no primary education work more than those with higher secondary schooling [since they are usually part of households with high economic distress], a woman with a graduate degree has a 12 percent more chance of being employed in urban areas. Vocational training of all types raises the probability of FLFP in both rural and urban areas, with on-the-job training having the highest impact. It also notes that as household income levels increase, the likelihood of a woman being in the labour force decreases.

Mehta explains that while unpaid care work done by women happens more or less simultaneously along with their jobs in rural areas, the burden is more in urban areas, particularly post-pandemic. This could be attributed to nuclearisation of families, early marriages [study finds that marriage reduces the likelihood of women’s workforce participation by 17 percent in urban areas], involvement of the household in taking a decision whether a woman should work or not, and other factors like husband’s income, wealth etc, she says. “There is also an oversupply of educated women but not enough attention is given to creating commensurate jobs for them.” The absence of good quality, formal jobs results in a majority of women being engaged in unpaid or informal employment, the study states.

According to Mehta, women in urban areas typically get absorbed in industries like construction, tourism, HR etc, and the supply of jobs in those sectors has been hit by Covid-19. “Care duties are also increasing at home. So many women have been forced to give up their jobs right now,” she says, explaining that close to 70 percent women prefer to have regular jobs that are part-time and flexible, and this is becoming possible to some extent due to the emergence of gig and Work from Home (WFH) models during the pandemic.

Chaudhary points to a World Bank estimation that if we create these flexible jobs for women that take into account prohibitive domestic duties and other issues women face, the FLFP rate would increase by almost 20 percentage points. “We need a set of public policies that recognise, reduce and redistribute unpaid care work in the form of money, services and time,” she says. This points to creating relevant care infrastructure and facilities, apart from policy regulations that facilitate access to skill development and better paid formal jobs, entrepreneurship opportunities, safe and convenient travel / mobility options, affordable child care and maternity benefits etc. “We need to figure out how to create more space for women in the emerging gig economy, and build unconventional labour markets and work systems that encourage more participation.”

According to Chaudhary, we also need to invest in robust systems to collect gender disaggregated data, and adopt innovations that allow gathering more information through abridged versions of time-use surveys. “Investing in gender-responsive economic recovery, through policies, schemes and budgets that adopt a gender lens, is the need of the hour,” she says.