Biden, Modi to speak as US presses for hard line on Russia

India's neutral stance in the war has raised concerns in Washington and earned praise from Russian Foreign Minister Sergey Lavrov, who lauded India this month for judging "the situation in its entirety, not just in a one-sided way" 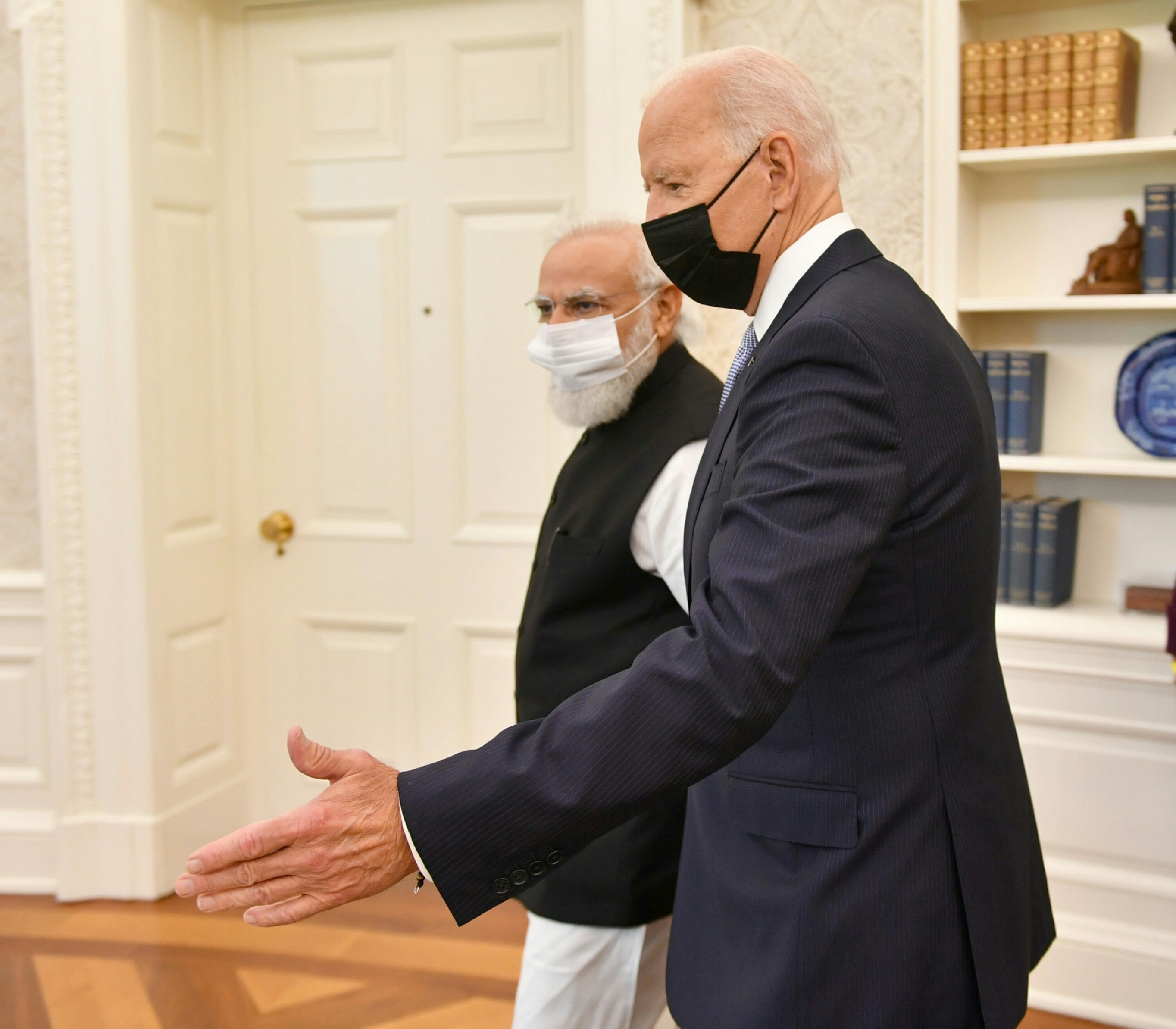 WASHINGTON (AP)—President Joe Biden is set to speak with Indian Prime Minister Narendra Modi on Monday as he presses world leaders to take a hard line against Russia's Ukraine invasion.

India's neutral stance in the war has raised concerns in Washington and earned praise from Russian Foreign Minister Sergey Lavrov, who lauded India this month for judging "the situation in its entirety, not just in a one-sided way."
Most recently, India abstained when the U.N. General Assembly voted Thursday to suspend Russia from its seat on the 47-member Human Rights Council over allegations that Russian soldiers in Ukraine engaged in rights violations that the U.S. and Ukraine have called war crimes.
The vote was 93-24 with 58 abstentions.
In the virtual meeting, Biden will talk about the consequences of Russia's war against Ukraine "and mitigating its destabilizing impact on global food supply and commodity markets," White House press secretary Jen Psaki said in a statement Sunday.
They'll discuss "strengthening the global economy, and upholding a free, open, rules-based international order to bolster security, democracy, and prosperity in the Indo-Pacific," she said.
India continues to purchase Russian energy supplies, despite pressure from Western countries to avoid buying Russian oil and gas. The U.S. has also considered sanctions on India for its recent purchase of advanced Russian air defense systems.
Last month, the state-run Indian Oil Corp. bought 3 million barrels of crude from Russia to secure its needs, resisting entreaties from the West to avoid such purchases. India isn't alone in buying Russian energy, however. Several European allies such as Germany have continued to do so, despite public pressure to end these contracts.
Indian media reports said Russia was offering a discount on oil purchases of 20% below global benchmark prices.
Iraq is India's top supplier, with a 27% share. Saudi Arabia is second at around 17%, followed by the United Arab Emirates with 13% and the U.S. at 9%, the Press Trust of India news agency reported.
Biden and Modi last spoke in March.
___
By Fatima Hussein and Ashok Sharma, AP. Sharma reported from New Delhi.