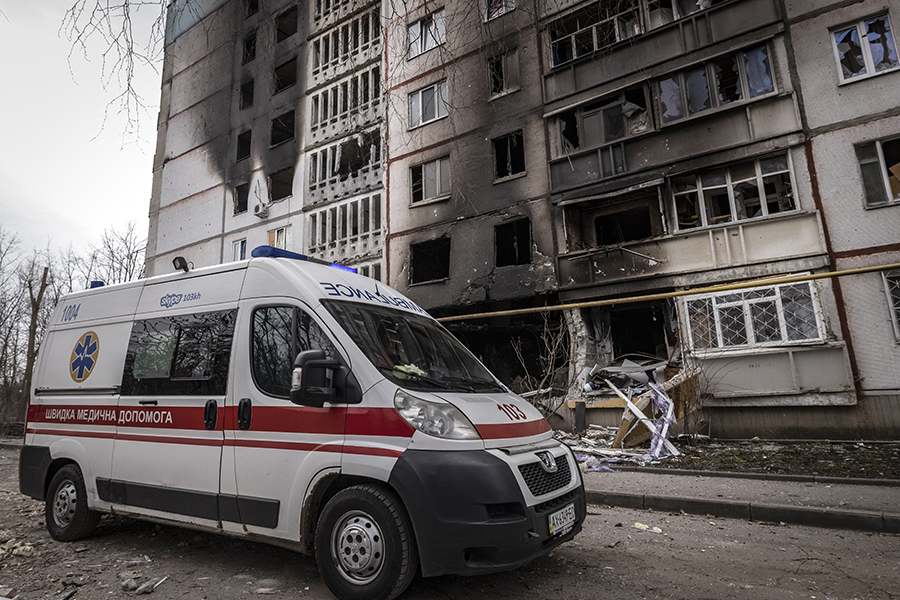 The WHO said Ukraine’s health care system would suffer long-term consequences from the attacks, and that such attacks were “a major blow” to the country’s progress on health reform and realizing universal health coverage Image: Fadel Sena / AFP

In what it described as a “grim milestone,” the World Health Organization said Thursday that it has verified 103 attacks on Ukrainian health care sites and ambulances since Russian forces invaded the country on Feb. 24.

The organization said in a statement that the attacks had resulted in 73 deaths and 51 injuries. Most of the attacks were on heath care facilities, while 13 affected transportation of the sick and wounded, including ambulances, the statement said.

Dr. Tedros Adhanom Ghebreyesus, the WHO’s director-general, said the organization was “outraged that attacks on health care are continuing” and that attacking health care was a violation of international humanitarian law.

“Peace is the only way forward,” he said. “I again call on the Russian Federation to stop the war.”

Among the attacks on health care facilities was a missile strike on a maternity hospital in the coastal city of Mariupol in March, which killed at least three people. President Volodymyr Zelenskyy of Ukraine described the attack on the hospital as “proof that the genocide of Ukrainians is taking place.”

The WHO said Ukraine’s health care system would suffer long-term consequences from the attacks, and that such attacks were “a major blow” to the country’s progress on health reform and realizing universal health coverage.

In some cases, Ukrainians have been forced to leave the country in order to receive medical treatment. More than 300 children with cancer and their parents have been evacuated to clinics in Europe, Canada and the United States, according to the Ukrainian government.

Across the country, there are 1,000 health care facilities near or in areas of conflict, said Dr. Jarno Habicht, a WHO representative in Ukraine.

“When people are prevented from seeking and accessing health care, either because the facilities have been destroyed or out of fear that they may become a target, they lose hope,” Habicht said. “The mental health toll wreaked by the war cannot be underestimated, affecting civilians and the health workforce alike.”

Tweets by @forbesindia
Founder's Corner with Harsh Mariwala of Marico and Tarun Sharma of mCaffeine—FILA 2022
Indian film and tech industries don't talk to each other, hence I started investing: Rana Daggubati—FILA 2022