The economic consequences of the war

Since there is currently no clear end in sight to the conflict, we should also not expect elevated commodity prices to return to normal any time soon 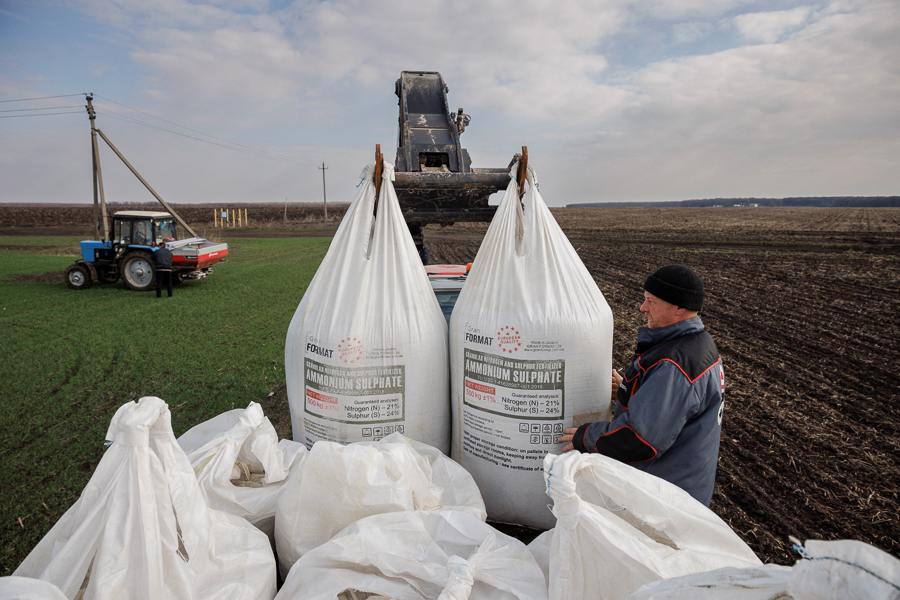 A local farm worker unloads fertiliser from a truck to use on a wheat field near the village of Yakovlivka after it was hit by an aerial bombardment outside Kharkiv, as Russia's attack on Ukraine continues, April 5, 2022. The wheat has been sown for the coming season but nobody in the farming village knows if it will be harvested. Image: Thomas Peter / Reuters

On February 24 this year, Russian troops marched into Ukraine. The invasion has prompted much consternation over the implications for geopolitical stability in Europe and the international order, we should not forget that the war has both shorter and longer run consequences for the international economy.

For starters, Russia is a major supplier of the world’s commodities, including its leading fertilizer, gas, and wheat exporter. Ukraine is itself the world’s fourth’s largest corn exporter, and its fifth largest exporter of wheat and iron. At the minimum, the war would mean higher prices when pay our electricity bills, put petrol in our cars, and buy bread and cereal from the market.

And indeed it has. Inflation in food, energy, and metals—as measured by the CRB index, a composite indicator of commodity prices—had taken a breather in the final quarter of 2021, and had even softened in December. But it has resumed an upward march this year, and currently hovers at levels last reached a decade ago, during the tail end of the last global commodity crisis.

And since there is currently no clear end in sight to the conflict, we should also not expect elevated commodity prices to return to normal any time soon. If anything, to the extent that spring plantings are disrupted—food crops take time to grow, after all—food price inflation looks set to potentially increase even further in the near future. This does not bode well for economies that are only just digging their way out of the pandemic, especially in the emerging and developing world, which had been disproportionately hit by the effects of Covid-19.

Up till recently, the world had been bracing for a rise in interest rates, as the Federal Reserve and other major central banks began what they had hoped would be a measured rate hike cycle. But stubbornly high inflation, now lent further fuel by the war, has meant that rate rises would need to be quicker and more decisive. This is unwelcome news for growth, and global Wall Street has responded accordingly, with markets worldwide retreating by between 10 and 20 percent since the start of the year.

Asia, in particular, has been very slow in its recovery, and there had been optimism, going into this year, that the region would finally embark on a belated recovery. While it is true that some commodity-exporting nations would benefit from the improvement in their terms of trade—think countries like Indonesia, Malaysia, Kazakhstan, and the United Arab Emirates—the drag to growth from costlier inputs among the commodity-importing nations will translate into diminished demand overall; even commodity exporters perform best when the world is on a solid economic footing.

The war will also have longer-run implications for the international economic order, beyond the shock to growth and inflation. The Western world was quick to react to the invasion with sanctions on Russian banks, and an estimated half of the foreign exchange reserves held by the Central Bank of Russia have been frozen.

While this move was (ostensibly) to inhibit war financing and weaken domestic support for the war, the unilateral display of economic power was a reminder that Western institutions continue to dominate international finance, and the U.S. dollar, in particular, remains a key lubricant for global commerce.

There has been much talk about displacing the dollar as global reserve currency. We had already begun to see evidence of this occur over the past few years—from Chinese-Russian oil contracts being denominated in their respective currencies, to growing debt issuance in currencies other than the dollar, to the rise of decentralized media of transactions, such as cryptocurrencies—and the trend looks set to continue, and perhaps even accelerate, as a result of the war.

More generally, the high-handed moves will also spur a greater reluctance by rising economic powers—separate from Russia, think China and India—to rely on the existing international economic system, conceived in Bretton Woods in the closing stages of the Second World War. The system had already come under strain since the global financial crisis of 2008. A myriad of developments—such as the formation of alternative multilateral financial institutions (such as the Asian Infrastructure and Investment Bank and New Development Bank), the growing prominence of emerging market banks (the four largest banks in the world are now Chinese), and slowdowns in international financial flows—all attest to an erosion of trust in, and a decreasing reliance on, a global economic order that had been in place for almost a century.