Liquidity pumping or weather shocks or the ongoing war can be attributed to the rising prices of commodities across the table. The current bull rally, termed a super-cycle, would require a structural change followed by strong consistent demand over several years, especially from China, Anand Rathi Share and Stock Brokers' Mathur writes 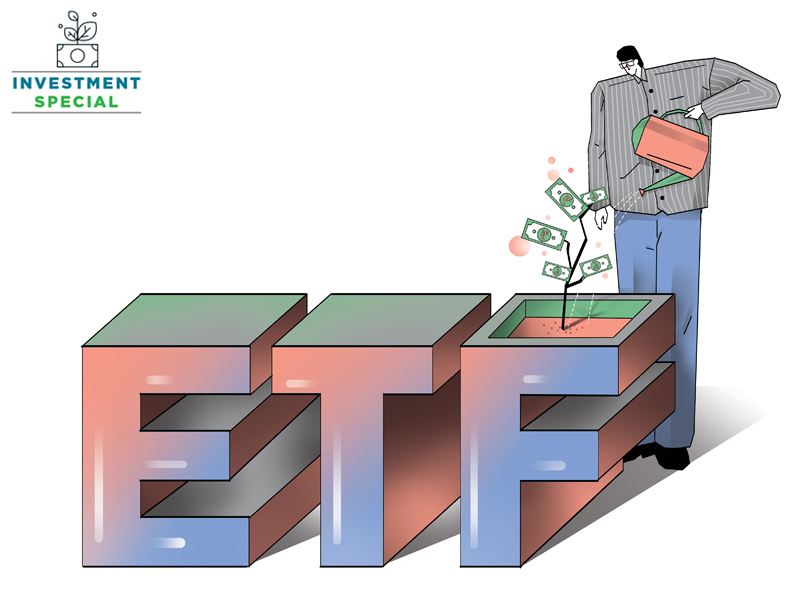 Commodity prices have surged dramatically over the last couple of years. The Bloomberg Commodity Index has risen by over 59 percent year-to-date, the highest since 2015, and more than double the 2020 lows (see chart). 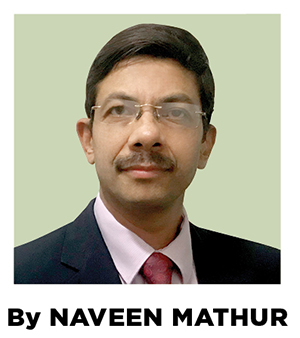 After the pandemic-led disruptions in H12020, commodity prices started recovering and gained consistently, driven by liquidity-led demand growth in H22020. Precious metals rallied to record levels owing to safe haven rush after world economies faltered with the spread of Covid-19. The base metals appreciated sharply amid push for the renewable energy and ample stimulus support from the central banks. Energy commodities skyrocketed from the record lows in the second half of 2020 as travel restrictions were lifted gradually after advanced economies vaccinated a majority of the population.

In 2020, agricultural commodities were comparatively resilient to the pandemic mayhem. In fact, prices of many agro-commodities, including oilseeds, edible oils and grains, rallied in H22020 and hit a multi-year high in 2021. Gains in the farm commodities were partly driven by weather disruptions, or, to be more specific, the La-Nina-led drought situation in many parts of the US, Brazil, Argentina and the Black Sea region. On the other hand, demand from China rose substantially as it rebuilt its hog herd following losses from a devastating pig disease.

For industrial metals, the bullish sentiment continued in 2021 on expectations of demand growth amid a green energy push. Even the manufacturing PMI world over rebounded to the pre-pandemic levels. On the supply front, base metals moved into a deficit amid production cuts from the ongoing energy crisis and supply chain disruptions due to the pandemic. Precious metals witnessed a profit booking owing to the rise in risk on sentiment due to a rally in the equities. Energy commodities further advanced in 2021 as demand outpaced supply.

The most recent price explosion across commodity markets is undoubtedly the result of geopolitical tension, raising fears regarding supplies in metals, energy and agro, to be precise. Bullion gained on account of improved investment demand and fear of global growth.

Nevertheless, most of the reasons for the price rise seem temporary: Liquidity pumping or weather shocks or the ongoing war. The current bull rally, termed a super-cycle, would require a structural change followed by strong consistent demand over several years, especially from China. But the Chinese economy has been struggling for significant growth amid the energy crisis, real estate crackdown and ongoing trade wars. The International Monetary Fund projects the global economy to grow 4.4 percent in 2022 and 3.8 percent in 2023, with advanced economies being hit. 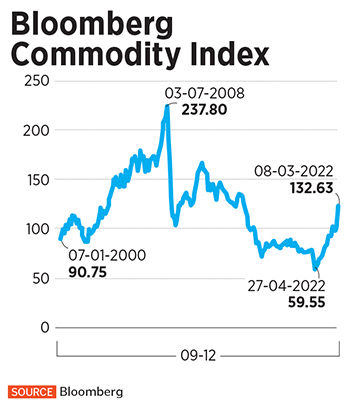 A declining dollar and lower interest rates underpinned the previous super-cycle. The situation now, though, is different. Inflation compels central banks to go in for monetary tightening, even at the cost of economic recovery.

Moreover, the EV (electric vehicles) boom could lead to sustainable demand growth for nickel and aluminium. However, automotive chip shortages, due to supply-chain constraints, has cut global production, just as many carmakers were expanding fleets of EVs. Chip shortages persisting could delay the EV transition. How fast and how long the rally persists is a million-dollar question.

Another important component, agro-commodities, has a cyclical production and price pattern. Besides production cycle, other factors too would play their role from time to time.

Taking into account Russia’s invasion of Ukraine, we may see a lot of uncertainty in agro markets as Ukraine is a leading player as far as oilseeds and grains are concerned. Thus, supply shortages could be seen at least in the coming season. Moreover, one cannot ignore massive demand for soybean given the robust development of the US renewable and sustainable aviation fuel industries. But this needs more and more acres of land going to soybean and grains, and that too mainly in South America and the Black Sea regions.

Thus we don’t deny the possibility of a super-cycle, but considering the aspects discussed, the rally could be temporary and we need more evidence to term it “the super-cycle”.

Commodities run in cycles, prone to alternating booms and busts. Rarely is a boom phase a prolonged one, where commodities trade above their long-term trend. 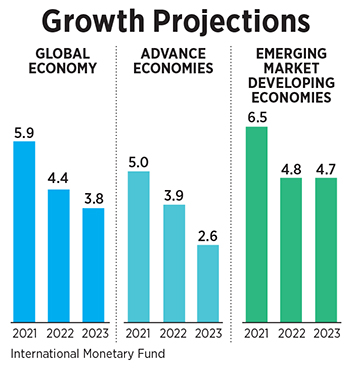 A super-cycle is a sustained period of expansion, usually driven by robust demand growth for products and services, commonly caused by structural changes globally. The rapid industrialisation and growth of a nation or region are chief drivers of such commodity super-cycles.

Generally, super-cycles push up input costs significantly, and raise the cost of goods from sandwiches to skyscrapers.

Since the beginning of the 19th century, there have been four commodity super-cycles:

Once the war is over, commodity prices may cool to some extent as sanctions by Western countries will have a lasting impact on the Russian economy. Having said that, owing to a quick de-escalation of the geopolitical risk, gold may fall along with silver.

Indirect impacts are chiefly due to the current gas market, especially in Europe. Higher gas prices effectively translate to higher power prices. Energy-intensive metals, such as aluminium, are exposed to such risks. Russia’s attack makes things worse for power prices in Europe. Meanwhile, once the war ends, fears are that train transport or Black Sea shipping could be disrupted, hitting supplies of other non-Russian metals from central Asia to European markets.

In the scenario that all Russian metals remain within the country and there are more supply disruptions from Europe, aluminium prices could cross ₹300 a kg ($4,000/tonne) and copper could re-test its record high in the next three to six months. Nickel, already in heavy demand for EVs, may experience a further run, its market position being a further catalyst.

The Russia-Ukraine war has put global supply chains to the test. Internationally, the proportion of Russia’s exports is 1.9 percent; of its imports, 1.4 percent. Oil, gas and grain exporters have close links to the Eastern European countries: Lithuania, Bulgaria, Finland and Latvia. On average, almost 40 percent of trade in these four countries was linked to Russia between 2015 and 2020, not only through goods imports and exports, but also as value-added partners in supply chains.

Many European countries rely on Russia for energy needs, but any severe sanction on Russian energy exports will hit the economies badly. Besides exporting agricultural products (wheat, corn and sunflower oil) Ukraine and Russia export large amounts of steel, palladium, platinum and nickel, among others.

The automotive industry, in particular, faces renewed operational problems because of the war, while semiconductor shortages persist. Production at BMW and Volkswagen’s European sites has already been interrupted by disruptions in supply from Ukraine of components such as wire harnesses. 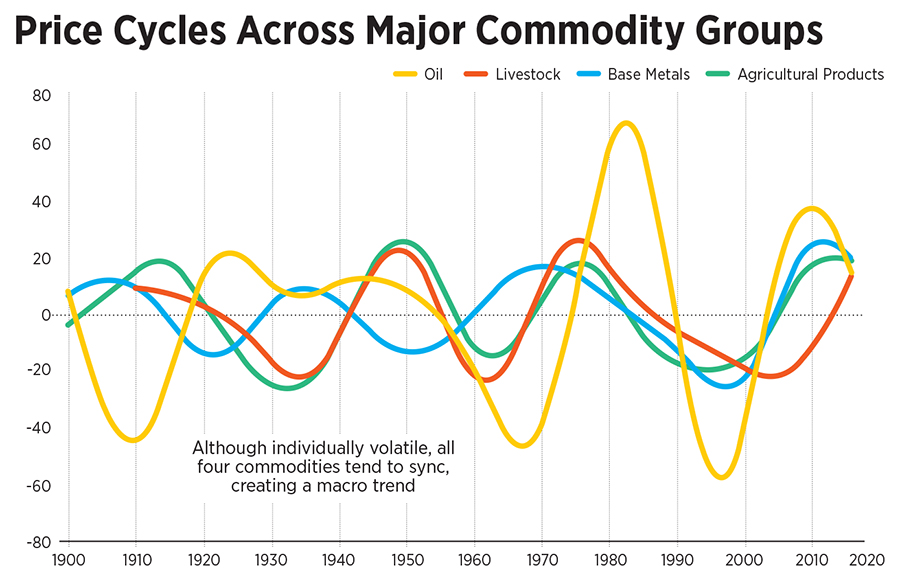 For many investors, the fear of inflation led to them re-assessing portfolios. After all, price rises and eroding consumer purchasing power have negative effects on certain industries or businesses.

One asset class sure to prove resilient amid persistently rising prices is commodities. From metals to agricultural products to energy sources, commodities of many different flavours have seen their values rise amid inflationary pressures. As a result, most commodity stocks and commodity exchange-traded funds (ETFs) have been profitable lately.

Gaining exposure to physical commodities is no easy task. Even though brokers are increasingly welcoming retail traders, the learning curve is steep. Investors looking for a foothold may want to consider commodity funds, which allow for more liquidity, cost effectiveness and ease of use.

Globally, one can think of entering some of the largest ETFs (the SPDR Gold ETF, iShare Silver Trust, Aberdeen Standard Physical Platinum Share ETF, and Invesco Commodity Tracking Fund). In India, gold ETFs are ways to manage the spike in gold prices (RELGold ETF, Axis Gold ETF and Birla Sunlife Gold ETF). These are funds that closely track the performance of an index throughout the day with the ability to buy/sell at any time, so that trading opportunities that arise during a day may be better utilised. They are low cost. Hence in our opinion, one should take the benefit from rising commodity prices by investing in ETFs.

(This story appears in the 08 April, 2022 issue of Forbes India. To visit our Archives, click here.)

Tweets by @forbesindia
Why the RBI MPC may give growth a chance, again
Photo Of The Day: Burning anger