The call on Indian companies to explore buying the stake in Rosneft came after BP CEO Bernard Looney met Indian oil minister Hardeep Singh Puri in March. While Western nations have imposed sanctions against Russia over the war in Ukraine, India has not explicitly condemned Moscow's actions there 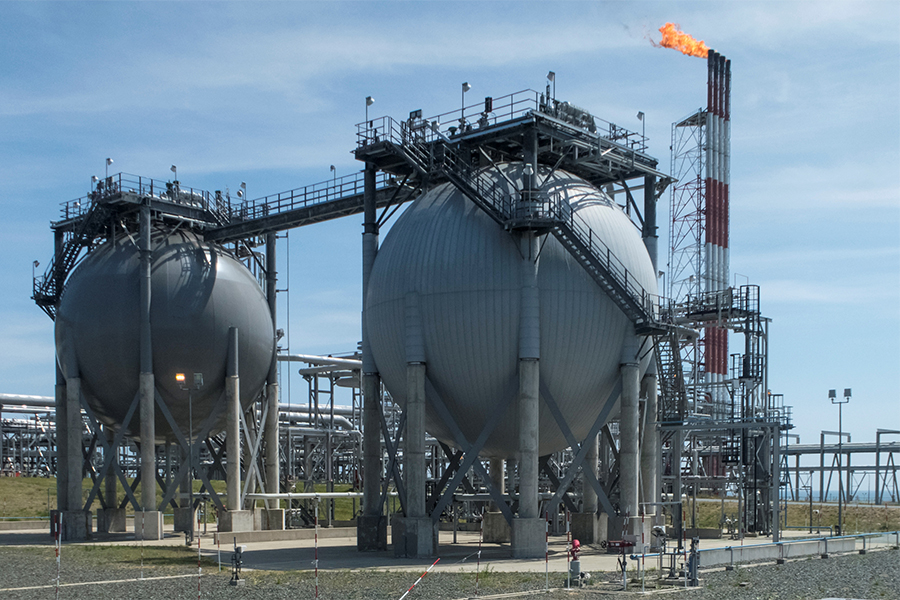 A general view of the liquefied natural gas plant operated by Sakhalin Energy at Prigorodnoye on the Pacific island of Sakhalin. Image: Vladimir Soldatkin/Reuters

The oil ministry last week conveyed its intent to ONGC Videsh Ltd (OVL), Indian Oil Corp., Bharat Petro Resources Ltd (BPRL), Hindustan Petroleum's subsidiary Prize Petroleum Ltd, Oil India Ltd and GAIL (India) Ltd, the sources said.
Indian companies and the oil ministry did not respond to Reuters emails seeking comment.
While Western nations have imposed sanctions against Russia over the war in Ukraine, India has not explicitly condemned Moscow's actions there.
The world's third biggest oil importer and consumer, India imports about 85% of its 5 million barrels per day (bpd) of oil needs.
The call on Indian companies to explore buying the stake in Rosneft came after BP CEO Bernard Looney met Indian oil minister Hardeep Singh Puri in March. BP declined to comment.
Oil ministry also asked OVL, the overseas investment arm of Oil and Natural Gas Corp, to consider buying a 30% stake held by Exxon Mobile Corp, in the Sakhalin 1 project in Russia's Far East. Exxon is the operator of the project.
OVL already holds a 20% stake in the project.
Exxon said on March 1 it would exit about $4 billion in assets and discontinue all its Russia operations, including Sakhalin 1.
OVL also holds 26% stake in Vankorneft, owner of the Venkor field in the West Siberian Basin.
Separately, a consortium of Oil India, IOC, and BPRL, the exploration arm of state refiner Bharat Petroleum Corp, holds a 23.9% stake in Vankorneft and a 29.9% stake in Taas-Yuryakh in east Siberia.
One of the sources said Indian companies hope to get stakes in Russian assets at discounted rates given the risk involved, dubbing the potential transactions "distress sales".
A second source said Indian companies needed to study the impact of sanctions on potential investments and yet to start a process of due diligence. "The fear is that this investment could get stuck in Russia as sanctions might bar us from bringing equity oil and gas to India."
"Our effort has been to see how we can stabilise economic transactions, economic engagements with Russia in the current context ... There are of course constraints, there are sanctions by some countries, and we will have to kind of work through that," India's foreign ministry spokesperson Arindam Bagchi told a news conference.
Exxon said on Wednesday its Russian unit Exxon Neftegas Ltd has declared force majeure for its Sakhalin-1 operations due to sanctions on Russia that have made it increasingly difficult to ship crude to customers.
(Additional reporting by Krishna N. Das and Ron Bousso; editing by David Evans)