Controlling methane is a crucial way to limit climate change, but India, the fifth largest emitter in the world, has made no global commitments or accelerated domestic plans to control emissions, the convenor of Awaaz Foundation writes 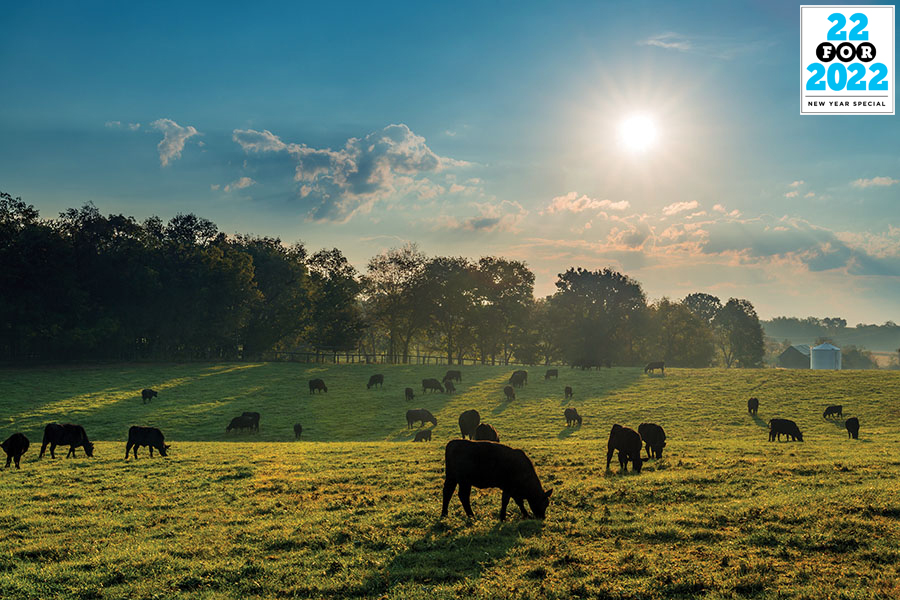 Agriculture is the highest source of methane emissions, and is led by emissions from livestock, the dairy and beef industries, says data available with the US
Image: Shutterstock 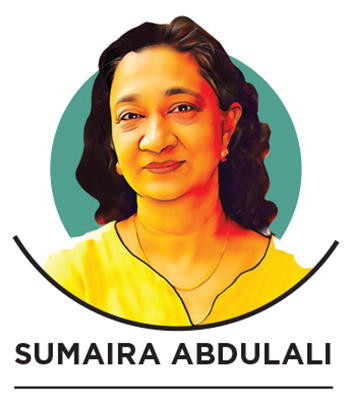 In September 2020, Satellite Iris launched by GHGSat, Canada, observed her first methane plume over Turkmenistan in Central Asia. There was jubilation. A rainbow display of brilliant colours on-screen demonstrated human ingenuity: Iris could identify individual sources of methane even down to individual oil and gas facilities. Methane emissions, which accelerate climate change, could be observed at a resolution of just 25 metres.

Iris is not alone up there. Pascal Peduzzi, director, United Nations Environment Programme / Global Resource Information Database-Geneva (UNEP/ GRID-Geneva) shares on email: “We are also in a project for using [Satellite] Sentinel 5 for data on certain gas including methane.”

In the 1700s, when Benjamin Franklin observed methane in the US, he described “inflammable air”. Lighter than air, it must have floated, flickered eerily blue in darkness. When the otherwise colourless and odourless gas was alight, it must have appeared other-worldly.

Today, satellites have discovered previously unknown methane leaks from a landfill in Bangladesh; under melting permafrost in Russia; coal mines in the US; a natural-gas field in Canada. However, the single largest methane emitters by far are cattle. Cows eat fibrous food like hay and emit methane.

Under the sea-bed, under permafrost and under the ground, methane is ubiquitous and harmless. In today’s world of climate change, when leaked into the atmosphere, “it is one of the most potent greenhouse gases there is”, US President Joe Biden told the gathering of world leaders at the United Nations Framework Convention on Climate Change (COP26) in November. “It amounts to about half—half the warming we are experiencing today—just methane.”

The primary stated goal of COP26, billed as the most important meeting on climate change after the Paris Agreement, was to phase out coal and cut carbon. However, the US refused to endorse it since it had failed politically to achieve domestic legislation. Instead, the US and the EU, two of the world’s five largest emitters, launched a joint Global Methane Pledge (GMP) on September 18, a few weeks before COP26.

Would enough countries join the US and Europe’s GMP to replace coal and meet global warming targets of limiting warming to 1.5° by 2050? Would commitments to cut methane emissions by 30 percent by 2030 be politically and technologically feasible?

By the end of COP26, over 90 countries had signed the GMP. China, Russia and India, however, the other three of the five largest methane emitters alongside the US and Europe, were not among them. In the meantime, Earth endured its fourth warmest November in 142 years. 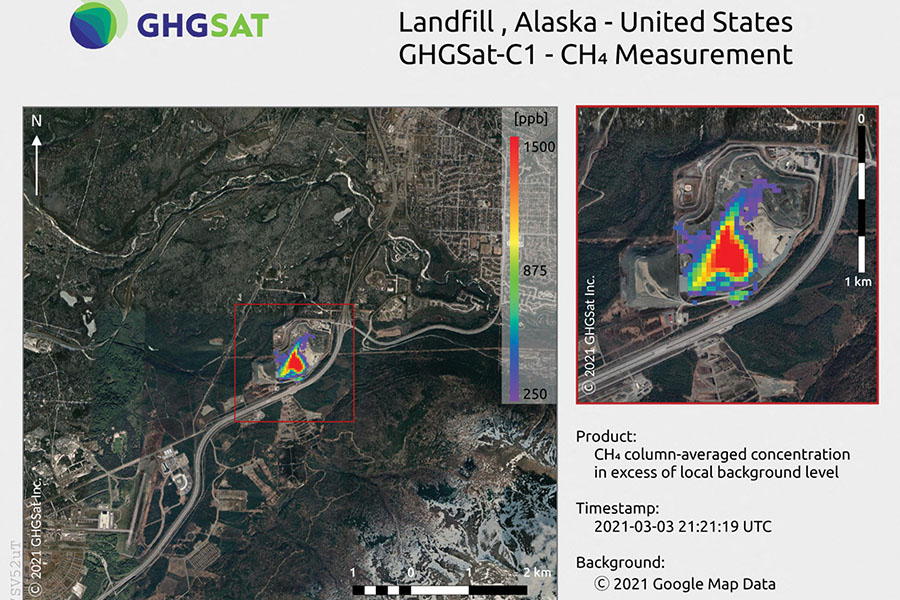 Satellite Iris tracks methane, or “inflammable air”, the greenhouse gas which is the second largest contributor to the earth’s climate emergency
Image: AFP

A few days afterwards, the US released a domestic draft ‘US Methane Emissions Reduction Action Plan’, a five-point plan that outlines “critical and common sense steps to cut pollution and consumer costs, while boosting good-paying jobs and American competitiveness”.

The question of its enforceability has remained open. The draft identifies that methane emissions can be reduced in oil and gas, landfills, abandoned coal mines, agriculture, buildings and industrial applications. Of these,  agriculture is the highest source and is led by emissions from livestock: The dairy and beef industries. However, while most action plans are regulatory and binding, agriculture is merely titled “Incentive-based and voluntary efforts”.

A UNEP report re-confirms that “agriculture is the predominant source” of methane emissions. It details that “livestock emissions—from manure and gastro-enteric releases—account for roughly 32 percent of human-caused methane emissions”, which is “expected to increase by up to 70 percent by 2050”.

Andrea De Bono, head,  Data & Information Sustainability Unit, UNEP/GRID-Geneva, who is “working on a platform for UNEP on climate change that will include time-series and geospatial maps” shared India-specific data on email. It indicates that India’s methane emissions have “more than doubled since 1950, from about 10,000 Gg [gigagrams] of CO₂eq to about 20,000 Gg of CO₂eq”.

A 2019 report of the Government of India’s Department of Animal Husbandry and Dairying quantifies 535.78 million livestock animals, “an increase of 4.6 percent over Livestock Census 2012”. Like the US, the majority of these are cattle, including cows and buffalos. In 2019, there were 192.49 million cattle in India, “an increase of 0.8 percent”.

Worldwide, food systems and methane are enmeshed and include not only livestock, but water-intensive crops like paddy. Methane is generated when land is covered by water for long periods. Such cropping patterns account for eight percent of human-linked emissions.

However, Dr Shyam Asolekar, Department of Environmental Science and Engineering at IIT-Bombay, explains, “Indian paddy growers do not have the luxury of continuous flooding because access to irrigation waters is limited.” 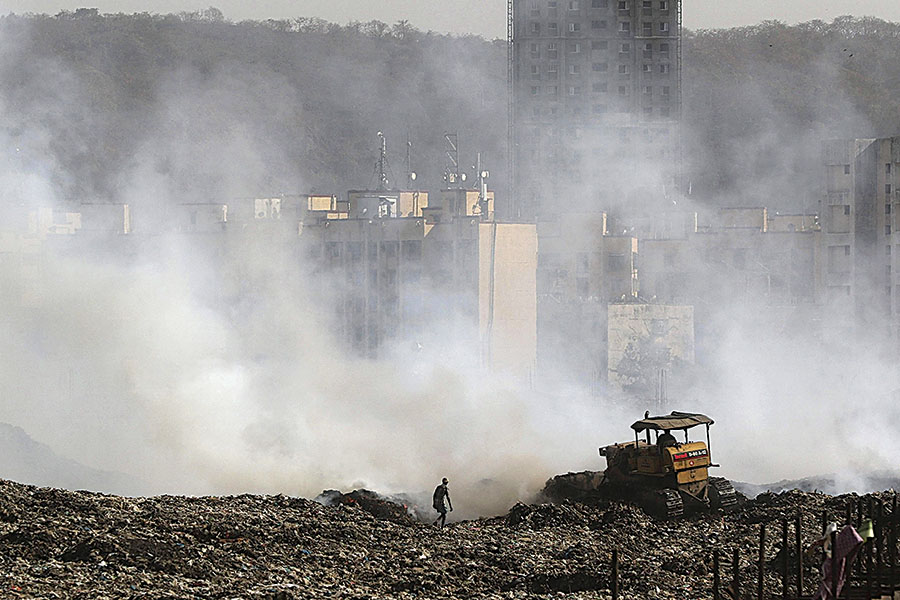 Methane is a highly inflammable gas. In 1776, Count Alessandro Volta (a close friend of Napoleon Bonaparte and after whom the electric ‘volt’ is named for his discoveries in electricity) read Franklin’s paper and observed similar “inflammable air” in the marshes of Angera on Lake Maggiore in the southern Alps in Italy. He isolated methane and experimented with ways to generate energy.

Biogas is generated through processes first experimented by Volta. The Government of India’s Ministry of New and Renewable Energy (MNRE) ‘National Policy on Biofuels’ aims to increase biogas production and reduce methane emissions through policies, capacity building, and public-private partnerships.

Besides agriculture, at the other end of the food spectrum, landfills are the second largest source of methane emissions in many parts of the world. As co-author of the Report of the Task Force on Waste to Energy in 2014, which informed the Indian government’s Solid Waste Management Rules, 2016, Asolekar studied two dumpsites in Mumbai and Ahmedabad. He explained that although biogas harvesting technology from landfills has been available for decades, “Indian domestic solid wastes have comparatively little biodegradable wet waste quantities. The waste mounds at dumpsites are typically dryer and well aerated. Biogas harvesting systems in garbage piles have only yielded miniscule amounts of biogas.” He summed up, “European or American landfills cannot be compared with the Indian waste mounds.”

Every bit of warming matters. A series of UN Reports through 2021 led up to COP26 and were the framework within which COP26 ambitions of net-zero were set. The first of them, in February, was ‘Making Peace with Nature’. United Nations Secretary-General Antonio Guterres had said, “Food systems are one of the main reasons we are failing to stay within our planet’s ecological boundaries”.

In October, the Intergovernmental Panel on Climate Change (IPCC) report contained dire warnings. A section on methane was headlined, “Agricultural emissions are increasingly driving near-term global warming.” Methane emissions are “hundreds of times more potent” than carbon dioxide in the climate crisis, “especially in the weeks and months after they are emitted”. The IPCC goes on to say atmospheric concentrations are “higher than at any time in at least 800,000 years.”

At the UN Food Systems Summit, Guterres reiterated, “Food systems hold the power to realise our shared vision for a better world.” Despite these, at COP26, he reiterated the primacy of cutting carbon by phasing-out coal and said, “On behalf of this and future generations, I urge you: Choose ambition. Choose solidarity. Choose to safeguard our future and save humanity.”

India is among those countries projected as most affected by sea-level rise and climate change. In 2021, we experienced increasingly devastating extreme-climate events including droughts, floods and cyclones. Thousands of people lost their livelihood and homes and many more died.

Speaking after Guterres at COP26, Hoesung Lee, chairman of the IPCC report, presented his keynote address: “Make no mistake—it is a sobering read. It reflects the magnitude of the collective challenge for all nations on this planet. Science shows that changes in the climate are widespread, rapid and becoming more intense and affecting every part of the world.”

Though controlling methane has been highlighted as a crucial way to limit climate change, India, the fifth largest emitter in the world, did not sign the GMP and made no commitments. We have no accelerated domestic plans to control methane emissions.

China, the world’s largest methane emitter, was absent and also did not sign the GMP. Still, without mentioning detail, it committed “to develop a comprehensive and ambitious National Action Plan on methane”.

Russia did not attend COP26 or sign any pledges, even though its Siberian climate, harsh enough to embody the nightmare of a man punishing himself for murder in Fyodor Dostoevsky’s classic novel Crime and Punishment, is under threat from the climate emergency. In turn, the methane exposed beneath Siberia’s melting permafrost will contribute and worsen climate change itself.

In the meantime, the US’s own draft methane policy will be deliberated within its borders and, subject to domestic politics, may take effect in 2023.  While the US government focuses on methane, they are unable to effectively tackle its largest contributor, agriculture, particularly livestock.

We await the next climate change convention, COP27 in 2022, in Sharm El-Sheikh, Egypt, and political artistry moves to the spotlight, taking precedence over climate imperatives. Code Red, says the UN.

In the 1700s, Franklin could not have imagined that satellites would track his “inflammable air” in 2022. Now, satellites do much more: They tell stories. High up in her orbit around the Earth, Satellite Iris tracks methane.

Even as she symbolises human heights of technological supremacy and control, Iris sends distress signals and tells stories of the Earth’s technology-driven climate emergency. We plan without commitment, and praise our own ingenuity and ability to control natural forces.

The writer is the convenor of Awaaz Foundation

Tweets by @forbesindia
Why cloud kitchens need to scale up smart, not fast
The Taliban have staffing issues. They are looking for help in Pakistan