Scientists have said that the world's nations need to cut global emissions from fossil fuels roughly in half this decade to keep average global temperatures from rising beyond 1.5 degrees Celsius compared with preindustrial levels 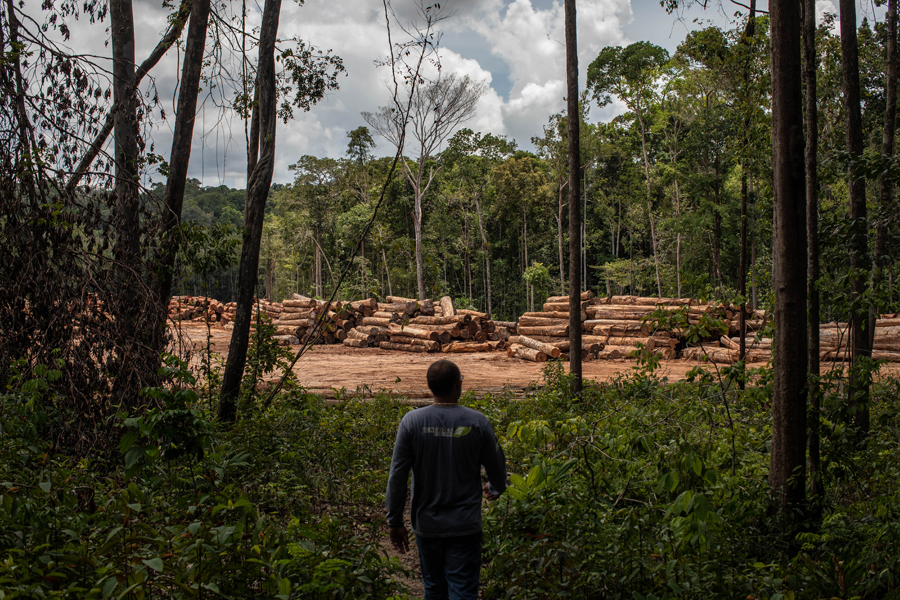 GLASGOW, Scotland — Organizers of the United Nations climate summit on Wednesday released an initial draft of a new global agreement to fight global warming, calling on countries to “revisit and strengthen” by the end of 2022 plans for cutting greenhouse gas emissions and to “accelerate the phasing-out of coal and subsidies for fossil fuels.”

The language on coal and government fossil fuel subsidies would be a first for a U.N. climate agreement, if it stays in the final version. But many countries and environmentalists said the rest of the document was still too vague on crucial details like what sorts of financial aid richer nations should provide poorer ones struggling with the costs of climate disasters and adaptation.

The draft “is not the decisive language that this moment calls for,” said Aubrey Webson, chairman of the Alliance of Small Island States, a group of countries that are among those most threatened by climate change.

Scientists have said that the world’s nations need to cut global emissions from fossil fuels roughly in half this decade to keep average global temperatures from rising beyond 1.5 degrees Celsius (2.7 degrees Fahrenheit) compared with preindustrial levels. That’s the threshold beyond which the risks of deadly heat waves, droughts, wildfires, floods and species extinction grow immensely. The planet has already warmed 1.1 degrees Celsius.

Negotiators here from nearly 200 countries are likely to demand significant changes in the remaining days as the talks enter their last, most difficult stretch. By tradition, a final agreement requires every party to sign on — if any one nation objects, talks can deadlock.

British Prime Minister Boris Johnson returned to Glasgow from London on Wednesday to urge countries to set aside their differences and strike a final agreement. “The world has heard leaders from every country stand here and acknowledge the need for action,” he said. “And the world will find it absolutely incomprehensible if we fail to deliver that.”

But convincing nations around the world — many of which depend on fossil fuels for energy and have their own internal politics and vested interests — to move in a new direction is a Herculean challenge.

The two countries agreed to cooperate on efforts to speed up the transition to cleaner energy and cut emissions faster this decade, though they did not set specific timetables. Previously, China has pledged to reach an emissions peak “before” 2030, without setting a firm date, and U.S. officials have pushed their Chinese counterparts to move more aggressively. China also, for the first time, committed to tackle its methane emissions.

Small island states like the Maldives, which has been inhabited for thousands of years but is projected to be swamped by rising seas within generations, want all countries to slash emissions as fast as possible. Oil and coal producers like Russia and Australia aren’t as eager to rapidly phase out fossil fuels. And large developing countries like India are holding out for financial help to shift to cleaner energy.

There are four major areas of contention as negotiators try to reach a deal before the summit ends Friday.

Under the landmark Paris climate agreement of 2015, every nation agreed that humanity should limit global warming to “well below” 2 degrees Celsius (3.6 degrees Fahrenheit) above preindustrial levels while “pursuing efforts” to hold warming to just 1.5 degrees Celsius.

To reach that target, each nation agreed to submit its own plan to shift away from fossil fuels and to curb deforestation, and to update those plans every five years. While everyone agreed that the initial pledges put forward in Paris were insufficient, the hope was that, over time, nations would ratchet up action and get closer to the goal.

But there are a few big problems.

First, the ratcheting process has been slow and uneven. Before the Glasgow summit, most countries submitted new pledges to curb their emissions between now and 2030. Some, like the United States and the European Union, vowed to make deeper cuts this decade. But others, such as Australia, Brazil and Russia, barely strengthened their short-term plans. And while many governments have announced splashy new “net zero” emissions pledges for 2050 or 2060, they lack clear plans to get there.

When analysts added up the short-term pledges, which tend to be the most detailed and concrete, they found that the world was likely on track to heat up around 2.4 to 2.7 degrees Celsius this century. That’s a clear improvement over Paris, but it would still increase the likelihood of climate catastrophes that could exacerbate hunger, disease and conflict.

On top of that, many of the countries most vulnerable to climate change, such as Ethiopia and Bhutan, want to revisit the overall temperature targets set in Paris. They say that, based on more recent science, the world must limit warming to the stricter target of 1.5 degrees Celsius, or else they will face unmanageable disasters.

How to speed up climate efforts remains a major source of contention.

Many vulnerable countries have urged nations to come back to the U.N. annually with stronger plans until the world is on track for 1.5 degrees Celsius. Countries aren’t expected to update their plans until 2025, which some fear could be too late.

But that proposal faces opposition from fossil fuel producers like Saudi Arabia and Russia. And there’s not even consensus that 1.5 degrees Celsius should be the official goal: The United States and the EU have vocally supported the stricter target, but some major emitters like China have balked at reopening that discussion.

The current draft hedges on these topics. It warns of the dangers of going beyond 1.5 degrees and “urges” countries to strengthen their short-term plans by the end of 2022.

Money has long been a big sticking point in the global fight against climate change, and tensions over the topic have flared again in Glasgow.

President Joe Biden and European leaders have insisted that developing countries such as India, Indonesia or South Africa need to accelerate their shift away from coal power and other fossil fuels. But those countries counter that they lack the financial resources to do so, and that rich countries have been stingy with aid.

A decade ago, the world’s wealthiest economies pledged to mobilize $100 billion per year in climate finance for poorer countries by 2020. But they are still falling short by tens of billions of dollars annually, and have only said they will work to get up to $100 billion by the end of 2023, with no word on how to make up the shortfall.

At the same time, very little climate aid to date has gone toward measures to help poorer countries cope with the hazards of a hotter planet, such as sea walls or early-warning systems for floods and droughts.

Vulnerable nations are warning that they need far more help to survive. Bangladesh, one of the countries most at risk from rising sea levels, has called on rich countries to deliver $500 billion in aid between 2020-24 that would be split equally between clean energy programs and adaptation efforts. A group of African nations, along with China, India and Indonesia, has asked for even more aid after 2025, as much as $1.3 trillion per year. That dwarfs anything that wealthy countries have been willing to propose.

Even as vulnerable countries plead for more climate aid, they have also pointed out that they won’t be able to adapt to every last hurricane or famine worsened by climate change. People will still die. Villages will still disappear beneath rising seas.

Since those nations have contributed little to global warming, they have asked for a separate stream of funding to compensate for the destruction to come, paid for by industrialized nations like the United States and the European Union that are historically responsible for most of the extra greenhouse gases now heating the atmosphere. This issue is known as “loss and damage.”

“Lots of people are losing their lives, they are losing their future, and someone has to be responsible, and those people need to be compensated,” said A.K. Abdul Momen, the foreign minister of Bangladesh. He compared the issue to the way the United States government sued tobacco companies in the 1990s to recover billions of dollars in higher health care costs from the smoking epidemic.

Wealthy countries have historically resisted calls for a specific funding mechanism for loss and damage, fearing that it could open the door to a flood of liability claims. Only the government of Scotland has been willing to offer specific dollar amounts, pledging $1.4 million last week for victims of climate disasters.

One of the thorniest issues is how to regulate the fast-growing global market for carbon offsets. The Paris agreement, under a provision known as “Article 6,” urged clearer rules on this topic back in 2015, but negotiators have been unable to agree on this extremely dense and technical subject.

Carbon offsets allow countries or businesses to compensate for their own emissions by paying for climate programs elsewhere. But it raises tricky accounting questions: If a country like Switzerland pays people in Brazil to protect forests from being cut down, how do you ensure that both countries don’t claim credit for the same reduction in emissions? There are also debates over how to value a large haul of existing carbon credits left over from an earlier U.N. program that was widely criticized for issuing ineffective carbon offsets.

Some climate advocates said they would prefer negotiators to leave Glasgow without a resolution on these issues rather than with weak rules. “No point in accepting phony carbon credits into the system, which would directly increase warming,” wrote Mohamed Adow, director of Power Shift Africa, a research institute in Kenya.

Developing countries have also called for a percentage of proceeds from all carbon credit trades to be set aside for an adaptation fund. But the European Union has criticized this idea, calling it a “mandatory international tax.” Negotiators are hoping to resolve these disputes by the end of the week.

Tweets by @forbesindia
How Arvind Lal built a single lab into India's most valuable diagnostic services powerhouse
Photo Of The Day: Play the clean game