There’s good news and bad from BP’s statistical review of world energy for 2013. The review, in its 63rd year now, annually documents changing patterns in the way we produce and consume energy.

The bad news: Coal is the fuel of choice in many parts of the world. In 2013, it reached its highest market share of global energy consumption in over 40 years. Even as fears grow that its high carbon emissions make it the biggest cause of climate change, use of coal for power generation and other purposes grew by 3 percent in 2013, faster than any other fossil fuel. Its share of the world energy basket went above 30 percent for the first time since 1970. 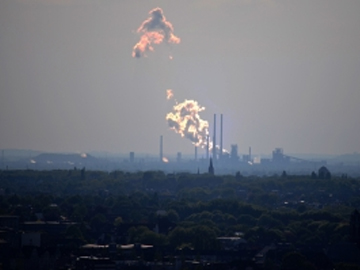 Presenting the review in Mumbai this week, Christof Ruhl, group chief economist at BP, said India’s coal consumption recorded the second largest volumetric increase—accounting for 21 percent of global growth. As the fourth largest energy consumer in the world, carbon emissions from India grew proportionately. Natural gas production and consumption recorded the largest volumetric fall. Gas production fell by 16.3 percent in 2013 to 33.7 billion cubic meters from 40.3 bcm in the previous year. India, which is the world’s 11th largest consumer of gas, saw consumption fall by 12.2 percent to 51.4 bcm in 2013 from 58.8 bcm. 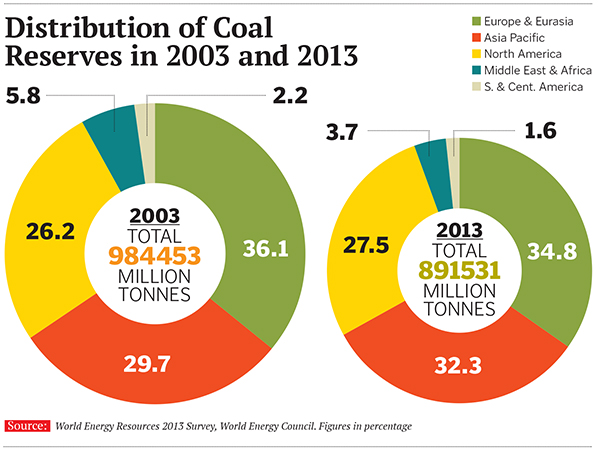 The good news is the world is not running out of oil. More oil and natural gas is being discovered every year, Ruhl says. The reserves-to-production (R/P) ratios for both fossil fuels grew faster than ever before. The end of oil is further away than ever. Back in 1980, the R/P ratio (time to depletion at current production rates) for global oil reserves was less than 30 years—now it has increased to more than 53 years. Over the past 35 years, we have been discovering new oil reserves at a faster rate than we have been depleting old reserves.

The review highlighted that energy consumption in the US grew faster than in China. This is on the back of the shale oil revolution, which triggered a manufacturing revival. In the last few years, the US has switched from being the world’s biggest importer of petrol and diesel (petroleum products) to being the biggest exporter. The US government has restricted the export of gas—the dynamics of the global gas business are likely to change if this is allowed.

Shale gas production is actually falling in the US. As shale gas prices fall, rigs producing the gas have been moved to wells producing associated liquids, which fetch producers a better price. Countries like China, which are trying to replicate the US success with shale, without a free-market and pipeline infrastructure, have a long way to go, Ruhl said.