When did these world conferences start being held, and what progress have they brought to the world in terms of environmental policies? Here's a lowdown 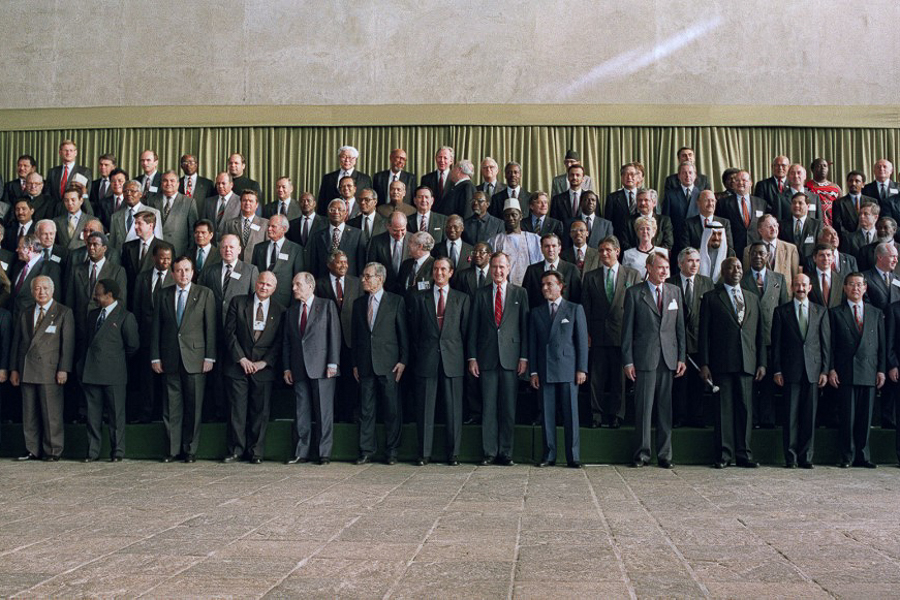 The United Nations Conference on Environment and Development (UNCED), also known as the Earth Summit, held in Rio de Janeiro, Brazil in June 1992, was a landmark event in the history of environmental policy around the world, bringing together more than 100 world leaders and over 17,000 environmental activists and campaigners.
Image: Omar Torres / AFP

COP26, a major global event in the climate calendar, is set to open in just a few days. But when did these world conferences start being held, and what progress have they brought to the world in terms of environmental policies?

Since its 21st edition—which concluded with the signing of the famous "Paris Agreement" in 2015—the COP climate conference has become widely known to the public. Now, all eyes are focused on Glasgow, the Scottish city that will host COP26, October 31 to November 12. And it's an event that's all the more anticipated since it was cancelled in 2020 due to the pandemic.

As its name suggests, this is the 26th climate conference since the initiative was started by the United Nations. The history of the COP dates back to 1995, in Berlin, where the United Nations staged, for the first time, what would later become the major meeting for international negotiations on the climate.

But the origins of this international summit date back even further, to 1992, when the United Nations Conference on Environment and Development (UNCED), also known as the "Earth Summit," was held in Rio de Janeiro, Brazil. This UN summit was a landmark event in the history of environmental policy around the world, bringing together more than 100 world leaders and over 17,000 environmental activists and campaigners.

This summit led to the creation of the United Nations Framework Convention on Climate Change, which was ratified by 197 countries and came into force in 1994. This United Nations convention gave rise to the Conferences of the Parties on climate change, held annually since 1995.

At the time, the scientific community was already sounding the alarm about the dangers of global warming, amplified by human activity. Note that the Intergovernmental Panel on Climate Change, better known by its acronym "IPCC," was formed in 1988.

The first major measure was taken at the end of COP3, held at the end of 1997 in the Japanese city of Kyoto. This resulted in the "Kyoto Protocol." Signed in December of the same year and coming into force in 2005, the agreement sought to reduce emissions of six greenhouse gases, notably carbon dioxide and methane.

It then took more than a decade to see the other iconic agreement resulting from the Conferences of the Parties: the Paris Agreement. Signed in December 2015 in the French capital, the treaty seeks to limit global warming to below 2°C, preferably to 1.5°C, compared to pre-industrial levels.

Six years later, it's a goal that's far from being achieved. UN Secretary General Antonio Guterres warned in September that "the world is on a catastrophic pathway to 2.7 degrees of heating," stressing that the upcoming Glasgow summit represents the most important climate conference since Paris.

Indeed, at this COP, signatory States of the Paris Agreement (191, plus the EU) will have to reassess their commitments to reducing greenhouse gas emissions.