Russia's forests alone account for one fifth of the world's forests. Their potential to counteract the effects of climate change is therefore immense 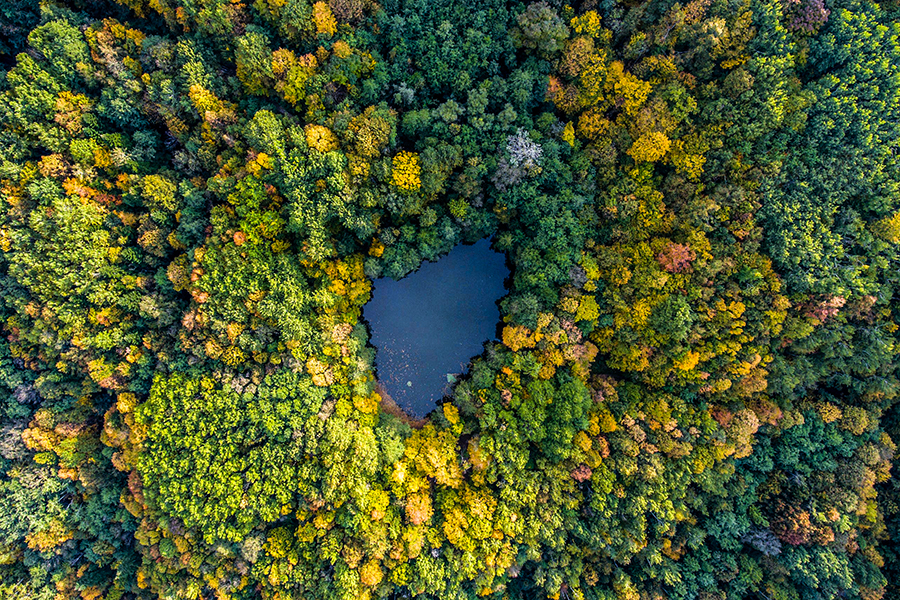 Published in the journal, Nature Scientific Reports and carried out by researchers from the Russian Academy of Sciences, the International Institute for Applied Systems Analysis, and an international team of scientists, the study took on the major challenge of establishing new estimates of biomass contained in Russian forests. A calculation has not been made since the dissolution of the USSR in 1991.

The first cycle of the Russian National Forest Inventory (NFI) was finalized in 2020. By combining NFI data with forest plot data, scientists have come up with a new estimate of the biomass of Russian forests, confirming the impact of these forests on climate change and their importance for climate change mitigation. The information gathered in this research includes the biomass stocks and carbon sequestration capacity of the forests.

"Because the aim of this study was to estimate the unobserved biomass, we have used modern computationally intensive methods to focus on the goodness-of-prediction of a range of plausible models," explains study coauthor, Elena Moltchanova from the University of Canterbury, New Zealand.

According to the study findings, Russian forests have accumulated 40% more biomass than recorded in the country's State Forest Register, as well as in the statistics of the United Nations Food and Agriculture Organization (FAO).

Compared to the last report under the Soviet Union, the findings suggest that the growing stock accumulation rate in Russian forests between 1988 and 2014 is of the same magnitude as the net losses of forest stock in tropical countries. Plus, the study's estimate of carbon sequestration in live biomass of managed forests between 1988 and 2014 is estimated to be 47% higher than specified in the National Greenhouse Gases Inventory.

This data highlights the great, and previously underestimated, potential of Russian forests in the fight against global warming. But these benefits could be reduced, or even cancelled out, if the climate starts to become harsher and more severe, as has already been the case in recent years, the authors of the study caution. "Close collaboration of science and policy would therefore be critical to elaborate and implement adaptive forest management," explains the study press release.

"We are talking here about the largest country in the world hosting the largest share of the largest land biome globally—the circumboreal belt of forest—which is highly climate relevant. Imagine what just a few percent up or down with regard to the amount of forest biomass available and its consequent carbon sequestration potential can make globally," says Agriculture, Forestry, and Ecosystem Services Research Group Leader and study coauthor, Florian Kraxner.