India has stronger ground to take a pledge to achieve net-zero targets by 2050. Indian businesses must back the government in creating a carbon-free and healthy India, and protect its climate for future generations 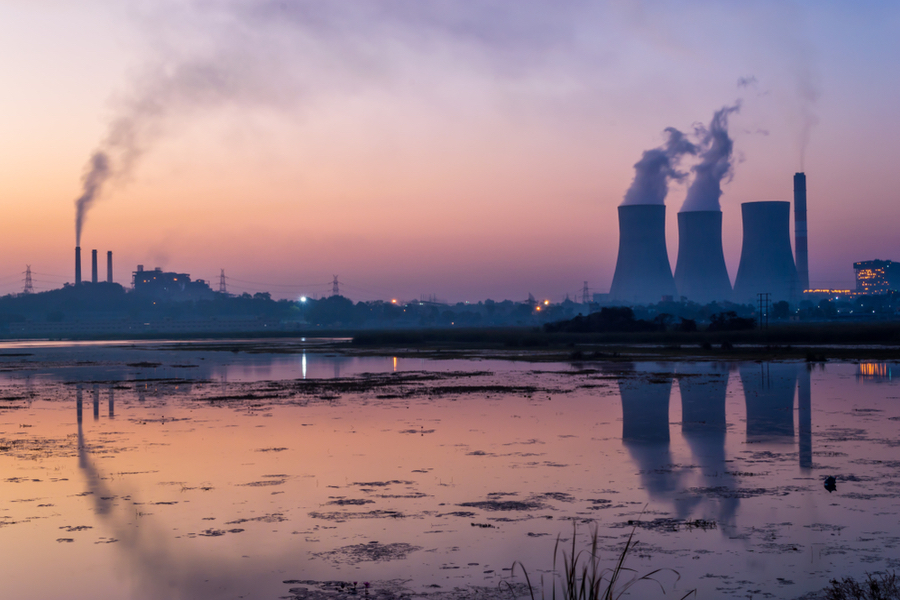 As India prepares to participate in the upcoming United Nations Climate Change Conference, also known as the COP26 summit, in Glasgow this November, it also must declare its stand on one of the key goals of the summit—to secure global net-zero carbon emissions by mid-century and limit global temperature rise to 1.5 degrees of pre-industrial levels within reach. COP26 will bring parties together to accelerate action toward the goals of the 2015 Paris Agreement under the UN Framework Convention on Climate Change (UNFCCC), where India is a signatory. In this article, we discuss what net-zero emissions mean for Indian businesses, how they can back the Indian government in taking a pledge, and how businesses can contribute to achieving the noble goal.

What is ‘net zero’ for businesses?
To explain in simple terms, net-zero implies an equilibrium between greenhouse gas emissions generated and the government’s policies and endeavours in lowering the emissions. This process balances the emission and mitigation efforts by offsetting carbon footprint to zero or negative. Businesses in India contribute to emissions, and achieving net-zero means they must drastically change their policies to measure and curb carbon footprints systematically over time. Moving toward a net-zero economy is a vital step toward attaining the Paris Agreement's 1.5°C global warming target, with countries now committing to reach the net-zero goals by 2050.

Why is ‘net zero’ emission necessary?
The Inter-Governmental Panel on Climate Change (IPCC) is a scientific institution that provides scientific, technical, and policy-relevant information on climate change. It comes out with assessment reports on the world’s climate periodically. In its special report on global warming of 1.5ºC, published in 2018, IPCC scientists pointed to the pathways that will help restrict global warming to below 1.5ºC by end of the century. The earth has already warmed up to 1ºC since the pre-industrial age. Every bit of warming has implications on the economy and people. So how do we ensure that things don't get worse from here? The IPCC recommendations include an understanding of technical feasibilities and changes in technology, businesses, and behaviours that will lead towards a low-emission world. If executed well through policy support, this process will make economic growth carbon neutral. It envisions a new climate economy that has significantly reduced emissions, which will support both people and the environment without compromising on profits.

However, answers to the question how to achieve the ‘net zero’ goal are complex. But it's the goal is attainable. For example, around 80 percent of total greenhouse gas emissions are contributed by carbon dioxide, which can easily be absorbed from the atmosphere through nature-based solutions such as the restoration of forests and water bodies. These systems act as carbon sinks. So, if we have more forests or if we protect our forests and water bodies better, we will have better emission-free environments.

Can India afford to commit to net-zero?
Opponents of net-zero debate opine that Indian cannot afford to commit to this ambitious target as it would seriously impact growth and the economy. Industrialised nations have achieved economic freedom which India is yet to accomplish, they opine. This argument is flawed as increased emission means increased climatic events. India with its limited economic resources, vast population, and rapidly growing economy, is also marred with increasing climatic risks for its major sectors. The Himalayan glaciers are retreating rapidly, leading to flooding of many river systems in north India, which is affecting millions of agriculturists. India’s annual average temperature has already risen to 0.61ºC per 100 years over the period 1901-2019. The increased frequency and severity of cyclones like Cyclone Tautkae and Yaas, is exposing millions that live in coastal regions. Many major cities in India including megacities such as Mumbai, Kolkata and Chennai are in coastal zones, and are vulnerable to such cyclones. Every time a cyclone strikes, businesses worth millions are affected due to disruption in daily lives, livelihoods, and infrastructure. So, it may be difficult for India to think about committing to long-term goal, however, it is in the interest of its people and economy that India must stand with other countries to keep global warming below 1.5ºC and commit to achieving net-zero emission by 2050.

In my view, India is already on the path of achieving net-zero. In February this year, India submitted the third biennial report to UNFCCC. The data reported there is promising. Between 2005 and 2016, India's emission intensity of gross domestic product (GDP) decreased by 24 percent. As a result, the voluntary goal of reducing the emission intensity of GDP by 20-25 percent from 2005 levels was met much earlier than the target year of 2020. India is, on many fronts, already ahead in terms of not only targets but also in its policies and programs. However, these efforts are not without any challenges. According to estimates given to UNFCCC, India would need approximately $206 billion between 2015 and 2030 for the implementation of its adaptation plans. Most of these resources are met through domestic sources where businesses contribute through taxation.

India and its businesses can lead the world
Climate Action Tracker, a website that tracks the actions taken by countries against the target set under Paris Agreement, says India's and its nationally determined are contributions compatible with 2ºC targets. The increase in emissions in India is consistent with both the 2020 and 2030 intensity pledges. Based on its responsibility and capability, India's climate commitment in 2030 is regarded as a fair share of a global effort. Its policies and programs are poised in a way that could take the lead globally, despite the internal growth challenges it has been facing.

The big question is how businesses can help the government achieve net-zero targets. They can support by facilitating the shift to renewable energy sources to minimise CO2 emissions. The International Solar Alliance, the initiation of the Modi government has come up with many options that businesses can follow to reduce emissions. The primary policy instruments used to achieve such goals are a combination of mandates such as disclosure and fuel efficiency, incentives including cap-and-trade, carbon tax, and an information system that provides science-based targets. However, in the short term, it may be difficult to achieve net-zero in some sectors, such as aviation. But as an economy, a balance can be sought and we can strive for carbon neutrality. Protection and management of our natural resources especially water and forests are key to this process. Also, technology will play a greater role. Technological advancements will directly reduce emissions by bringing in efficiency, monitor progress toward targets, and create new solutions through innovation and entrepreneurship. Businesses in India can help in achieving this goal while balancing people, profit, and the planet. They must back India in achieving the net-zero target.

Dr Anjal Prakash is the research director and adjunct associate professor at Bharti Institute of Public Policy, Indian School of Business. He is an IPCC’s lead author of the chapter on cities, settlements, and key infrastructure as part of ongoing IPCC’s 6th assessment cycle. Views expressed here are his own.

Tweets by @forbesindia
Crypto lobby welcomes RBI clarification; conversational AI rises; and a talk with Dhruvil Sanghvi of Loginext on automation in logistics
When do people take huge risks?