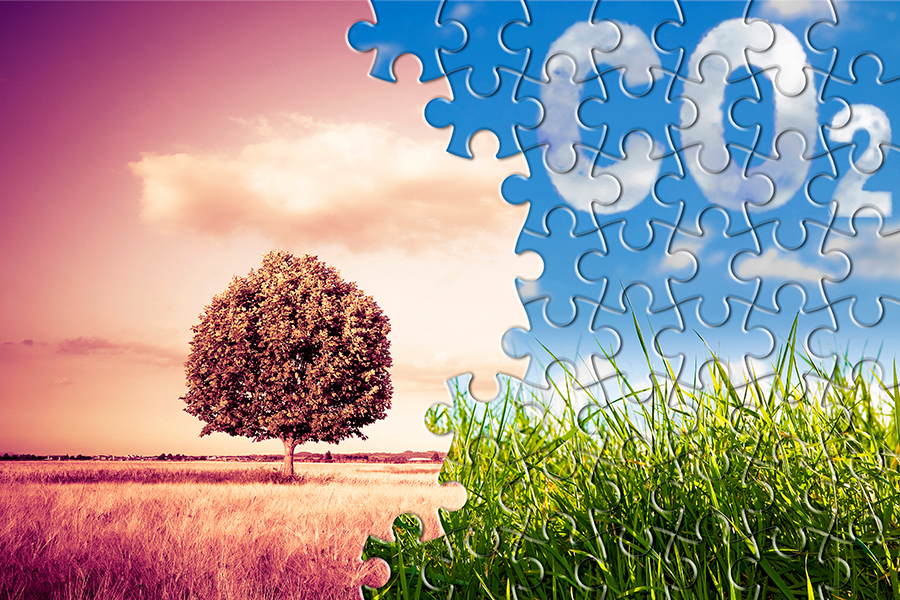 The brutal winter storms that recently walloped an unprepared southern United States were the latest in a line of extreme weather events to lay bare the social, economic and humanitarian threat of climate change. It also led the Federal Reserve chair to stress the importance of major financial institutions identifying their climate change weak spots to protect themselves from losses.

That warning echoed recent calls from Larry Fink, CEO of BlackRock, for the world’s largest asset manager to double down on its commitment to addressing climate change and encouraging other major companies to move toward a net-zero economy.

But have pronouncements by BlackRock and other major players made a real positive impact on sustainability? New research by IESE Business School professors suggests that it has and, for the first time, sheds light on the role BlackRock, Vanguard and State Street Global Advisors (the so-called “Big Three” asset managers) are playing in reducing global carbon emissions.

This research analyzed two novel datasets: carbon emissions data between 2005 to 2018 for a wide cross section of firms and data on Big Three engagements with their portfolio companies.
The key findings were:


Context is important to understanding these findings and how to distinguish them from previous conclusions on the corporate impact on climate change.

Unlike previous studies that looked at institutional investors in general, the IESE professors focused exclusively on the Big Three due to their unique characteristics and position in the global economy. Together, the Big Three manage $16 trillion in assets and control approximately 20% of S&P 500 shares. Another distinctive angle of our work was its focus on carbon emissions as opposed to environmental scores. This is crucial, since changes to a firm’s environmental score could reflect greenwashing, or hollow sustainability measures more successful in generating good press than concrete change.

With the potential impact on reducing carbon emissions established, what economic benefits could initiatives like the Big Three’s produce?

The report shows that beyond altruistic reasons, there could be two important financial incentives for the Big Three to engage with firms on environmental issues:
In fact, one of the main conclusions of the research is that the Big Three, contrary to popular belief, have both the incentives and the means to get CO2 emissions reduced. The empirical evidence also suggests that, through engagement with their portfolio companies, these companies have already been playing a positive role in this important dimension of corporate governance.

Still, caution is advised. The magnitude of these carbon reductions may not be enough on their own to tackle the climate challenge we face. As such, it’s important to keep in mind not only how the Big Three can contribute to reducing world carbon emissions, but also other approaches already underway such as carbon pricing.

Climate change is an immense global problem requiring coordinated international action. That’s where the unique size and reach of the Big Three may help. While the scope of the Big Three’s importance to and influence over the global economy makes some people uneasy, their heft means that they can avoid the global coordination issues that hinder quick implementation of other full-scale climate solutions.

The Big Three certainly can’t do it alone, but they’re well-positioned to offer a complementary means of addressing climate change alongside other efforts.

Tweets by @forbesindia
Can Peps spring a surprise on India's mattress market?
Workplace redefined for the new era