The founders might be late to the game, but Peps has grown steadily to become the biggest spring mattress brand in the country by lording over South Indian markets. Now, the company wants to step out of its regional bastion 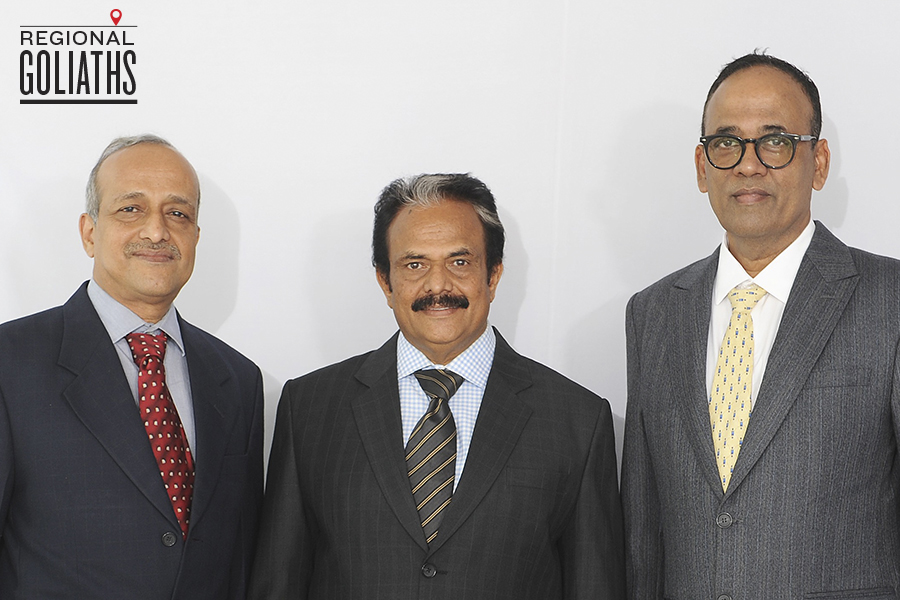 The sleep merchant started experiencing sleepless nights. K Madhavan, who joined mattress company Kurl-on in 1977, was afflicted with a sleep disorder. Madhavan was 55. The unease had nothing to do with his professional career. Madhavan was president (operations) at Kurl-on, one of the top players in the coir mattress segment. The anxiety, it seems, had sprung from an opportunity that his 46-year-old friends—P Manjunath and G Shankar Ram—had spotted in a discarded factory in Coimbatore. The unit, which had the capability to manufacture spring mattresses, was on the block. Madhavan knew they had stumbled upon something big. The three friends, subsequently, sprang into action.

Madhavan, the oldest among the trio, looked at the bright side first. The biggest advantage, he reasoned with his friends, was that the spring mattress segment was a virgin area. There was only one small player in India, as the industry was dominated by foam and coir mattresses. The global dynamics too pointed at the massive headroom. Around 77 percent of the sleeping material across the globe is nothing but spring mattresses. Spring, the gang thought, could disrupt the sleep market dominated by the giants like Sleepwell and Kurl-on. The second biggest plus was Madhavan’s career experience of around three decades with Kurl-on. The third positive was the curtailed geographical aspirations of the soon-to-be-formed team of entrepreneurs. All three wanted to experiment in South India.

The only flip side to the adventurous plan appeared to be age of the founders, well past that of the poster boys of entrepreneurship that lunge out from magazine covers. What they sure had, though, was a spring in their step. The trio firmed up their plans, bought the local manufacturing unit, tied up with one of the top spring mattress companies in the US, Restonic Corporation, and started Peps. “We wanted an attractive name, something that people could remember and recall quickly,” Madhavan says. There were two more lines of thoughts behind the nomenclature. First, the name should not reflect the nature of the product. Second, it should arouse curiosity. Almost 15 years later, Peps has found a new meaning. “It is a perfect explanation for peaceful sleep,” says Madhavan, bursting into laughter, letting on that Peps did indeed free him of his sleep disorder. It’s done other things too, including growing from Rs4.80 crore in revenue in the first year (FY07) to Rs478 crore by FY20. Along the way, Peps has also become the biggest spring mattresses brand in India, selling over 3 lakh mattresses every year; it is now planning to step up its game by expanding into western markets. The company that gets 80 percent of its sales from south India–90 percent of it from offline channels – managed to hold its own in FY21 and expects to close the year with a top line of just under Rs 450 crore. Madhavan claims the company has been witnessing a surge in demand over the last couple of months. “The waiting period has risen from two-three days to close to a week,” he says. In fact, Peps doubled down on new launches last year by entering into new categories. The idea was simple, Madhavan says. “Why should not Peps represent a whole range of a bedroom,” was the line of thought before venturing into new products such as bed linen, duvets, fitted sheets, pillow covers, quilts, and jumbo range of reclining pillows under the brand Dream Decor. The plan also was to offer more products to retailers and customers. Hypnos, a premium polyfoam mattress brand, was also launched last year. Reasons were simple. First, having a sizeable presence in polyfoam made sense as it’s the biggest chunk of the mattress market. Second, foam mattress is a mass product, easy to make and transport at minimal cost. “It has a good start and is promising brand,” Madhavan says. Regional dominance of Peps, reckon industry analysts, has much to do with a bunch of qualities that most such brands share. A brand’s origin is as important as any other purchasing criteria, be it pricing, quality, features and options, says Siddhartha Nigam, national managing partner (growth, clients and market) at Grant Thornton Bharat. Regional brands that deliver better value and personal connect do have an advantage. Take, for instance, consumers’ preference for local brands for fresh foods or packaged foods, as they cater to local tastes and preferences. For household products, such as detergents, opting for a strong regional brand too makes sense. While companies in segments such as bread, ice-cream, snacks, tea, condiments, detergents and many more are re-writing the rules, a well-developed strategy is a must before stepping out of the comfort zone, Nigam underlines. Back in 2006, Madhavan and his team did formulate a compelling value proposition for consumers. To induce trials and disrupt the market, Peps did two things. First was to offer a manufacturing warranty of 10 years. “We were the first ones in the industry to do so,” claims Madhavan. The warranty promise cemented trust in the fledgling brand. Second strategy was to sell the mattress at almost a similar price point at which coir brands were sold. Coir mattresses, he explains, sag after a while. “We were offering a high quality product at a compelling price,” he says. “We were confident that we would find takers,” adds Madhavan, as he rolls out plans to expand the footprint of the brand to West and North India. 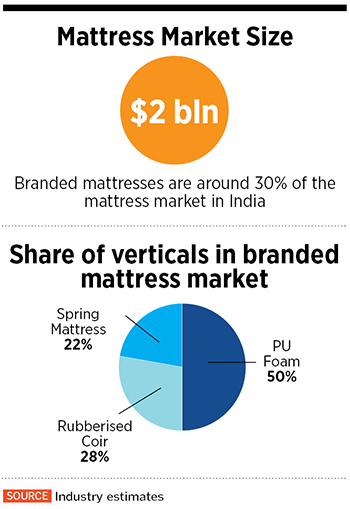 Stepping out of its bastion, reckon marketing experts, might be the biggest challenge for Peps over the next few years. Another potential challenge is maintaining sharp focus on all new categories it has entered into, like foam mattresses. “They should have continued with vertical and horizontal penetration of spring mattresses rather than finding merit in the low hanging fruit of foam,” says Ashita Aggarwal, marketing professor at SP Jain Institute of Management and Research. The game is in luring foam users to spring, and not in selling foam to those who are already its users, she adds. “Spring [mattress market] has a massive headroom for growth and also a chance to eat into the market share of foam and coir,” she says, adding that the brand was smart enough to not splurge heavily on advertising. Opting for news and regional channels as well as radio for advertising makes sense. “The only thing they should be cautious about now is not spreading too fast,” says Aggarwal, adding a word of caution.   Madhavan, for his part, is firm on the plans to explore more markets outside South India. Peps has one big manufacturing unit in Coimbatore, apart from mini plants in Pune and Delhi. “The latest one is in Kolkata,” he informs. The brand, he asserts, has set an ambitious target of doubling sales from over 3 lakh mattresses per year over the next few years. Even after all these years, the spring in Madhavan’s step, and the strength of his aspirations for the brand, is still intact.