Goldiee Masale: Getting into the grind

Kanpur's Goldie Masala lords over the Hindi-speaking belt in North and Central India. What's next for this Salman Khan-endorsed spices brand? 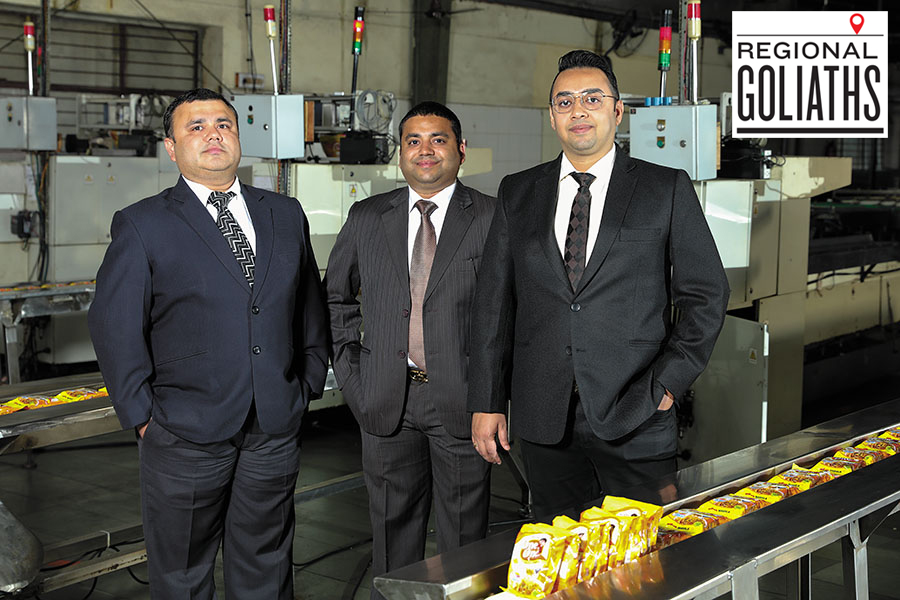 (From left) Akash Goenka, Sudeep Goenka and Shubham Gupta, directors of Goldiee Masale, have taken the brand into new markets and products

In 2002, when Akash Goenka was asked to return from the UK to join the family business in Kanpur, he understandably knew little about the family business of spices. His father, along with childhood buddy Surendra Gupta, had started Goldiee Masale in 1980. In two decades, the company had reached a reasonable scale: ₹60-crore turnover, and a decent spread across Uttar Pradesh and Bihar.

After completing an MBA from Cardiff Business School, Goenka had joined British Gas, where he had completed eight months. “I was well settled in London,” recalls Goenka. A transition from a big global brand in London to a local brand born out of the largest city in Uttar Pradesh wasn’t going to be easy. The second-generation entrepreneur had to grapple with the usual set of issues in the family business, the biggest being transforming it into a professional entity. The venture lacked automation, the sales force was alien to technology, and taking on the might of the ‘Big Boys’ of the spices world—Everest, MDH and Ashok—was on top of the agenda. “I was not prepared for the grind,” Goenka tells Forbes India.

There were other irritants as well. Implementing an enterprise resource planning (ERP) software to manage the business, and importing power generators from Japan was done on war footing to fix some of the nagging issues. Meanwhile, Goenka’s brother Sudeep joined the business in 2006. The following year Shubham, son of Surendra Gupta, followed suit. Though the trio had much on their plate, the determination to make Goldiee big in scale, size and sales made them hustle relentlessly over the next decade.

The efforts started to pay off. In FY18, Goldiee posted revenue of ₹591 crore, became debt-free, and had a presence across 18 states. Though the top line had almost doubled in six years—from ₹275 crore in FY12—it masked two crucial problems. One, sales had virtually stagnated in the FY16-18 period.  Two, although Goldiee had spread itself wide, the three states of Uttar Pradesh, Madhya Pradesh and Uttaranchal accounted for most of its revenues. Goldiee was still struggling with the ‘stigma’ of being a regional brand.

Mumbai, circa 2010: Akash got to know the taste of being dubbed a ‘regional’ brand. One of the top supermarket chains refused to stock Goldiee Masale. “We were a non-entity for them,” he recounts. The Goldiee name sounded dubious. “They thought we are a fly-by-night operator.” Sudeep explains the second reason. Kanpur, he underlines, was more known for leather and textiles. Shubham lists out the last factor. Maharashtra already had its big brand—Everest—and MDH too was a household name across the country. For any new player, breaking into the top cities was almost ruled out.

Cut to 2019. Salman Khan becomes the face of Goldiee Masale. The image of the Bollywood actor was pasted on every SKU of the spices brand. “It was a blockbuster move,” says Goenka. Sales almost doubled—from ₹648 crore in FY19 to ₹1,208 crore in FY20; entry into other states became easier, with big supermarts in Maharashtra and Karnataka welcoming the brand. “In one go, we became nationally recognised,” smiles Shubham. Nobody cared about the Kanpur origin. All that mattered now was Salman Khan on the pack. The move helped in two more ways. Big retail distributors across the country started queueing up to get hold of the brand. “They were willing to do business on our terms and conditions,” says Sudeep. Goldiee Masale as a company, he adds, never did business on credit. “It has always been 100  percent advance,” he says. Even in UP and other strongholds, the brand found more acceptance.

The success of Goldiee Masale, say industry analysts, highlights another crucial acceptance: Branded spices becoming a way of life. Over the last few years, the country has been moving towards branded spices, which is no longer a commodity. From salt to turmeric to chillies, every ingredient has got branded, and has increasingly made its way into kitchens across cities, towns and villages as Indians turn aspirational.

With 85 percent of the spices market still unorganised and unbranded, the headroom for growth is massive. Forget top cities. “Bharat is hungry for brands,” contends Jaspal Sabharwal, a private equity veteran and CEO of TagTaste, a sensory analytics and product development platform. Usually, the big brands that have emerged out of hinterlands or smaller towns and cities are the ones from ‘boring’ and ‘normal’ segments. “But that’s where the success is,” he explains.

The past 20 years’ analyses of success and failure in India’s food domain indicate that small-town success stories often start with a very basic idea. They cannot imagine anything that could replace the magic of the little joys of food that transcend culture and borders. “Spices, ethnic beverages, breakfast batter are some of the categories where they find success,” says Sabharwal. Even if brands don’t go national, they have nothing to lose. India’s potential is within every immediate 250 km radius. “Tap that and you go into the next 250 km and so on,” he adds.

For the young guns at Goldiee, though, staying regional was not out of choice. “A national brand is what we aspire to be,” says Goenka, adding that the contract with Salman Khan has been extended till 2023. What has also helped Goldiee scale its business is its presence in a wide range of products apart from spices—pickles, noodles, pasta, sauce, tea, and pooja kits. A diversified presence turned out to be a blessing in the pandemic year. OneOne noodles, Red Gold tea and tomato ketchup sold like hot cakes as people hoarded whatever they could during the lockdown months. The biggest collateral advantage was not skyrocketing sales, though. “People got to try the brands, and this happened with zero marketing spend,” says Akash. 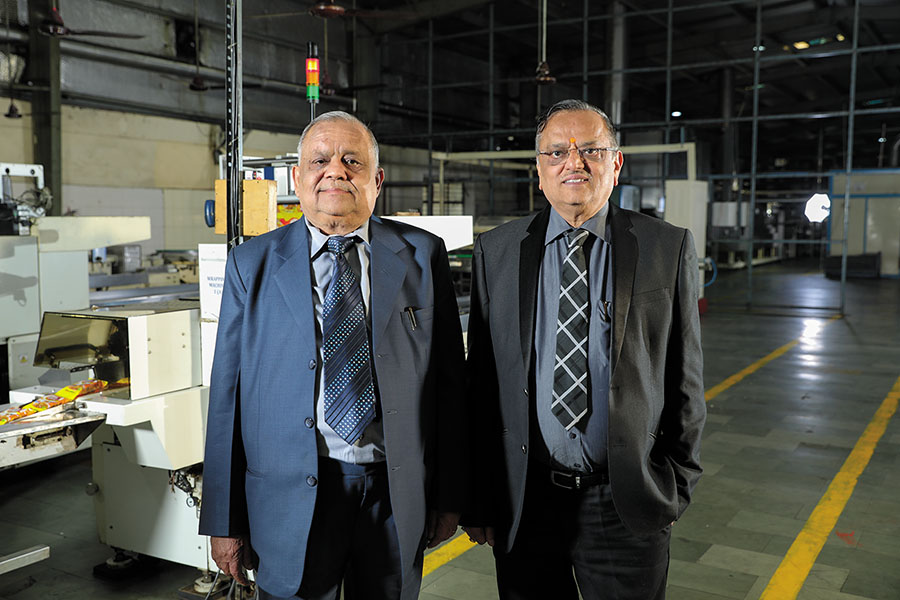 A wide product portfolio, say marketing experts, also helped it stay differentiated. “Even if you have one strong horse in your stable, it’s never a good bet to be a one-trick pony,” says Ashita Aggarwal, marketing professor at SP Jain Institute of Management and Research. For a spices brand, especially not a big one, the biggest challenge in expanding the distribution footprint is the absence of that ‘extra’ that every retailer and dealer asks for. Goldiee, she underlines, always had an answer. Retailers love to push a company with multiple product offerings. Goenka agrees. Usually, in a kitchen, a new pack of spices is emptied into a bottle or jar for use. “The brand name and the pack disappear once the spices enter the kitchen,” he says. Now, what if the brand stands tall on the dining table or kitchen shelf in the form of a sauce bottle, or more products? “The pooja kit precisely does that. It keeps the brand alive and visible,” he adds.

For the dealers and retailers, too, it’s not only about more products. Goldiee, he explains, has built a special relationship across the states. The bond has got cemented not only due to attractive margins but also out-of-the-box promotional schemes such as cars and bikes as prizes in lucky draws. “Dealers, retailers and shopkeepers are part of the Goldiee family,” he says. Salman Khan, he adds, is the new member in the family, which is now expanding furiously. “We definitely want to be the biggest spices brand in India,” says Goenka.