How many choices should you offer your customers?

Managers should look at how best to present their business offerings so that customers feel they have adequate choice, experience freedom and control, and are able to match their preferences, without feeling overwhelmed by the whole process 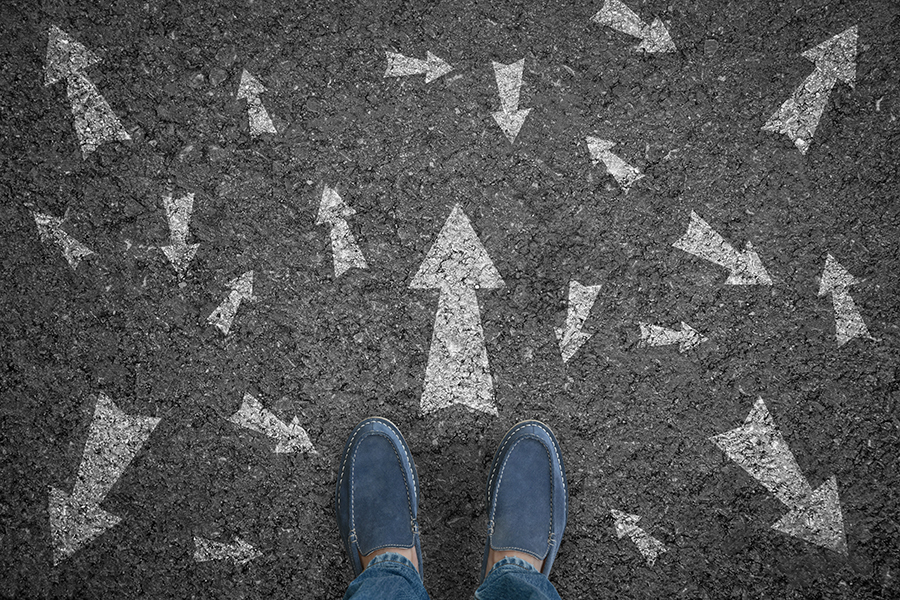 A famous study in a California grocery store, by Sheena Iyengar and Mark Lepper from Columbia and Stanford, found that too many jam offerings tended to result in customers leaving the store without buying anything. More specifically, a table offering 24 jams resulted in many shoppers stopping for samples, but only 3 percent decided to buy. Meanwhile, a table of just six jams resulted in fewer tastings, but 30 percent of those tasters decided to buy. The jam study forms part of a sizeable body of academic research that supports the idea of "choice overload" -- when having too many options becomes debilitating. Yet some refute that this phenomenon exists.

To help settle the debate, IESE Business School's Elena Reutskaja, along with Rosemarie Nagel, Axel Lindner, Richard A. Andersen and Colin F. Camerer, embarked on research to try to understand what happens in the brain when people choose from sets containing different numbers of options.
In behavioral studies, participants might be self-conscious about reporting their true answers, thus skewing results. But in this study, which was published in nature human behavior, the co-authors sought objective, biological measures that participants could not control: observations of their actual brain activity. In doing so, the researchers discovered biological markers of choice overload in two specific parts of the brain -- the anterior cingulate cortex (ACC) and the stratium -- proving not just that choice overload exists but which parts of the brain are responsible for it.

The neuroscience of choice
Volunteers were put into large magnetic resonance imaging (MRI) machines and presented with images of scenic landscapes (mountains, lakes, beaches, etc.). They were told they could choose one image to emblazon onto a mug, T-shirt, bag or other piece of merchandise. The choices were presented in sets of six, 12 or 24 images.

While volunteers were deciding which images to choose, their brain activity was monitored. The researchers found that activity in some regions of the brain -- mainly sensor and motor regions of the brain -- reflected the "cost of choice." Activity in those regions increased with the number of choices: lowest activity for six alternatives and highest for 24 choices. In other words, the neurological basis for more choice becoming more "costly" for decision makers was visible in the brain scans.

Scans of blood flowing in the brain also revealed significant neurological activity in two regions of the brain: the ACC, where the potential costs and benefits of decisions are weighed, and the striatum, where value tends to be determined. This activity represents the choice overload, the researchers concluded.

In those two key regions, brain activity tended to be highest when test shoppers had 12 options to select from. Brain activity was lower when there were only six images -- but also, interestingly, when there were 24 options. When presented with 24 images, the average brain in this study appeared to "shut down" -- there was a marked decrease in activity in the regions that reflect value, reward or net benefits from the choice process. This indicates that medium-sized choice sets seem to be more "valuable" for decision makers: they experience all the benefits of choice without becoming overwhelmed.

As a control, the "cost of choice" was eliminated from the decision process by telling volunteers that a computer would choose the best images for them. In this case, there was no visible drop in ACC or striatum activity, even when browsing larger choice sets.

In search of the golden middle
The idea that less can be more, and vice versa, is important at a time when we've never had more choices. Faced with too many choices, potential customers can feel stressed out and may later regret their choice. Having too few choices is also bad, because we miss the feelings of freedom and control that come from the act of choosing. If we only have a couple of options, the outcome -- the product selected -- may not match our preferences.

Ideally, we would find "the golden middle." Think of it as an inverted U: the net benefits of choice ramp up as long as they outweigh the costs, but there comes a point when the effort, time and stress involved in making a choice becomes too much, and the net benefits start to decline.

Research suggests our golden middle would be somewhere between 8 and 15 items -- but depending on certain variables such as culture, gender, age, expertise and product type, that number could be higher or lower. For example, older patients may be able to evaluate a greater number of hospitals, but the same group might be completely overwhelmed by four options of new apps.

For good choice architecture, managers should look at how best to present their business offerings so that customers feel they have adequate choice, experience freedom and control, and are able to match their preferences, without feeling overwhelmed by the whole process. So, dresses could be organized by colors or, like restaurant listings, in similar categories. Such things help customers choose better. And here "better" means that people can choose what they really want. Remember: it's our responsibility as "choice architects" to make the process as friendly and desirable for customers as possible.