Apart from the policy lassitude induced by COVID 19, the other potent (but less noticed factor) standing in the way realising the Paris Climate Targets in the coming years is the phenomenon of overpriced global commodity markets

By Prof. A Damodaran 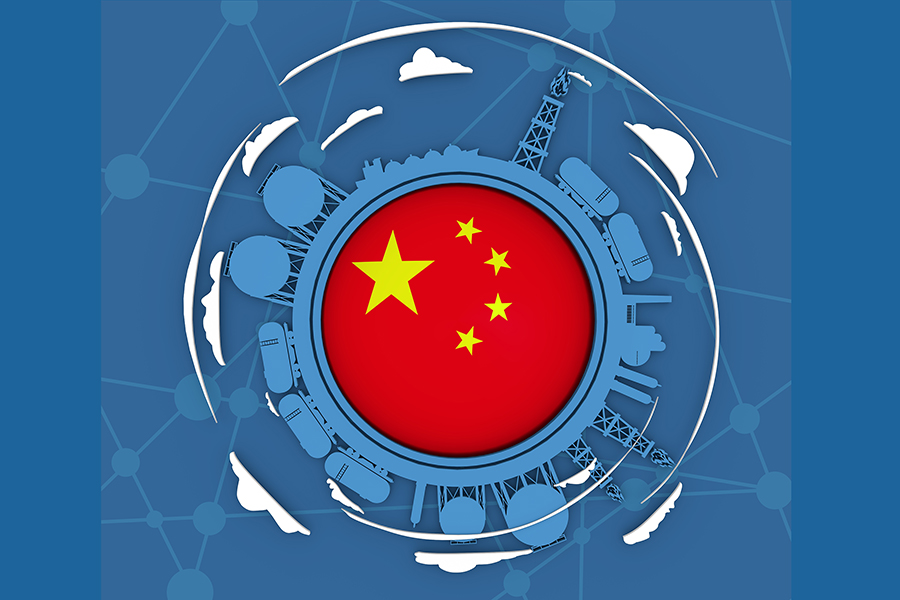 A few months after  the failed Copenhagen Climate Summit of December  2009, I wrote an article in WSJ about  how global commodity markets   can positively contribute to  action  against   climate change if driven by low carbon technologies. Those were times when US and Europe were gradually recovering from the after effects of   the world economic crisis of 2008 while  the economies of China and India were booming . Indeed China was at the crest of its commodity buying spree in global commodity markets. However the failure of climate talks at Copenhagen meant that bulk commodity buyers and their clients could afford to be insensitive  to the after-effects of  their action on carbon emissions.

The Paris Agreement (PA) of 2015 has partially changed the scenario. Parties to PA   are committed   ‘to pursuing means’ to limit the increase of global temperature to 1.5 degrees above preindustrial levels. Nevertheless the first instalment  of Nationally Determined Contributions (NDCs) have been disappointing. There are serious doubts about the world’s  ability to meet the IPCC milestones of reducing carbon emissions by 45% from their 2010 levels by  2030 .  Apart from the policy lassitude induced by COVID 19, the other potent (but less noticed factor)  standing in the way realising  the Paris Climate Targets in the coming years is the  phenomenon of   overpriced global commodity markets. Despite the economic shock of COVID 19  these  markets are still booming.  China continues to be the predominant player in these markets – but since 2013 as an investor. What changed for the country after 2010 has been Xi Jin Ping’s  geographically ambitious  ‘One Belt One Road (OBOR) that galvanized  Chinese Companies to invest  overseas in strategic metals and minerals to capture supplies at their source with a view to catering  to  China’s booming  manufacturing hubs. Most of OBOR partnerships are carefully  brokered  with countries concerned by the leading lights of Government of China  like  Chinese Foreign Minister Wang Yi.

The most critical raw materials necessary to manufacture Lithium ion batteries are lithium, nickel and cobalt.  China figures  high  in the list of global producers of Lithium  though falling   short on Nickel and Cobalt . Despite its large endowment of Lithium, China’s blue chip lithium battery manufacturers  like Contemporary Amperex  Technology Co.Ltd (CATAL)  and Ganfeng have invested  in lithium rich countries in   Africa , South East Asia and South America.  As far as  Nickel and Cobalt are concerned, China’s  strategy has been  to invest in mining and manufacturing  capacities in source countries as  Chinese companies have done in Congo (for cobalt)  and Indonesia (for nickel). Today the  world’s large commodity chains associated with lithium, cobalt , nickel  are chiefly  headed towards the Middle Kingdom. By comparison, commodity chains headed towards  US , Europe and the manufacturing hubs of Asia like South Korea, Taiwan , India and  Japan  are shrinking.

These robust commodity chains have enabled China to  emerge as the world’s largest manufacturer of Electric vehicles. Xi Jin Ping’s recently launched  dual circulation strategy  of future economic growth reinforces these trends by seeking to turn  China’s domestic economy into a powerhouse  of  clean, sustainable and carbon neutral enterprises on the one hand while   getting rid of its carbon intensive exports on the other.

Thus Xi’s initiatives  has the potential to ensure that China is able to fulfil its net zero carbon emission targets by 2060. By contrast, other large emitters like US, India, Japan and EU countries would struggle to achieve their climate targets  given the ever increasing surge of prices for strategic metals.

Indeed   trade watchers predict a super commodity cycle in the coming months whereby prices of world’s strategic commodities will break out from the average levels clocked until 2018.Going by global  price data for  these commodities  for 2018-20 , break out levels of prices are strongly suggested for nickel, lithium carbonate and cobalt in the coming months  as  countries come out of the morass of  COVID 19  and take charge of their Paris goals. Given the fact that most of the futures contracts associated with these commodities are characterised by large lot sizes and ultra decimalized tick sizes or increments, it is impossible for non-mega manufacturers  with shallow pockets to effectively participate in these markets.

Indeed Joe Biden’s ‘proposed $2 trillion ‘green’ infrastructure plan and  his ambitious  ‘’EV battery supercharging stations’ is likely to add to the jostle  for  lithium , Cobalt and Nickel in the non Chinese segment  of the global commodity markets, thereby aggravating speculation and creating conditions of run away price levels for these metals. This may in turn create investment uncertainties for low carbon or carbon neutralizing technologies  in larger developing countries like Brazil and India. The only way out is to intensify inter country driven R&D on alternative technologies  that minimize use of strategic metals through enabling financial mechanisms  as envisaged under article 10.6 of the Paris Agreement. While it may be a few years before we replace Lithium ion batteries with  Hydrogen Fuel cells one can think of smarter options. Thus Tesla’s efforts to de-couple nickel and cobalt from lithium ion batteries and its successful forays with lithium ferrophosphate (LFP)  for its Model 3 manufactured  in China has shown encouraging results.  If these R&D efforts bear fruit it can go a long way in enabling large developing countries  to push for net zero targets in the decades following 2030.

There is one outstanding issue related to commodity chains that is yet to receive priority attention. This is about neutralizing the enormous environmental damage , biodiversity loss and carbon emissions created by OBOR projects in source countries. As the  foregoing discussions bring out, poorer Countries which are interlocked in contracts  to supply  climate friendly commodities  to developed countries do not by themselves  enjoy the benefits of carbon emission reductions despite producing  materials that bring about  emission reduction in recipient countries. Unfortunately, despite its focus on markets and non-market approaches  to carbon emission reductions, Article 6 of the Paris Agreement does not squarely address this matter.  The forthcoming Glasgow Climate Summit needs to plug this gap .

Tweets by @forbesindia
Photo of the day: Testing times
As India's Covid-19 crisis rages, its neighbours brace for the worst