Climate rapidly becoming one of the biggest wealth-creation opportunities of all times: Anshuman Bapna

The time to jump in is now, the founder and CEO of Terra.do writes—Bonus: You end up saving the planet 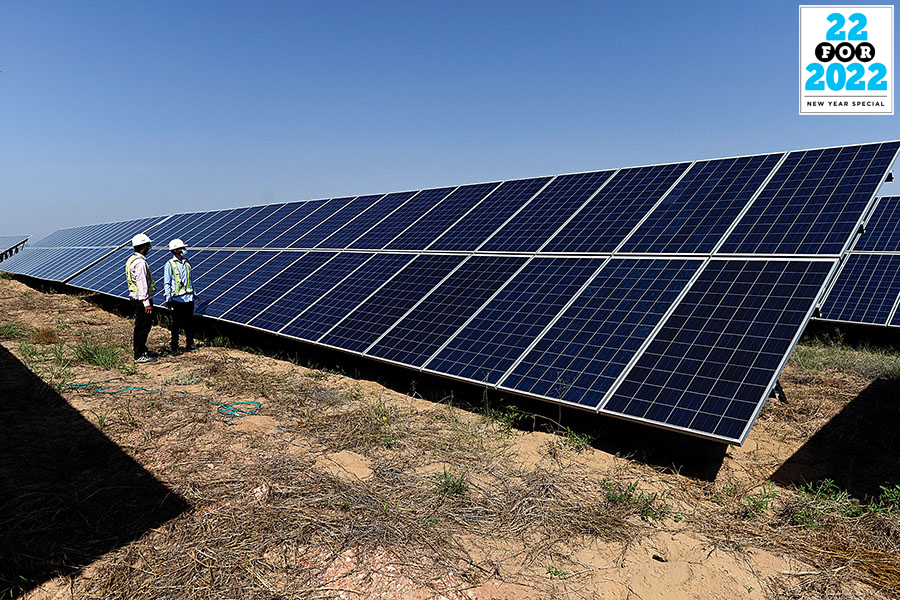 An area of opportunity lies in reducing carbon emissions, meaning electrify everything and switch the source of electricity to renewables. India now has among the highest amount of renewables capacity being added yearly
Image: Sajjad Hussain / AFP 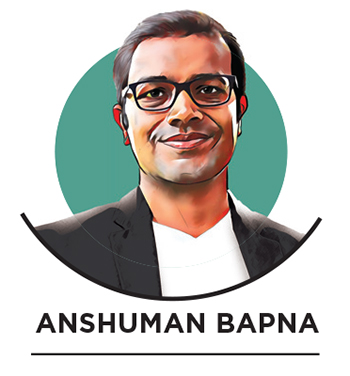 Here’s a provocative thought for you.

In 2001, the bloodbath of the ra-ra early years of the internet had left a lingering feeling of disquiet about how big the internet was going to be. Something similar happened in the cleantech boom and bust of the late 2010s. In 2001, roughly 3-5 million people worked on the internet and a similar number work in the climate economy today. And soon after, there was a resurgence of optimism and dollars invested in the internet. Something remarkably similar is happening in climate. In 2021, PwC estimates that 14 percent of all venture dollars worldwide went into climate companies. Bill Gates said that in climatetech, ‘there will be eight Teslas, 10 Teslas—only one of them is well-known today’. Larry Fink, Blackrock’s CEO, believes that “the next 1,000 unicorns will be businesses developing green hydrogen, green agriculture, green steel and green cement”.

Within the next two decades, just like the internet, climate change is going to upend industry after industry, and change their fundamental basis of competition. From energy to agriculture, from transportation to construction, from manufacturing to finance. That’s more than a third of the world’s GDP, if you’re counting. And as IFC estimates, solutions to climate change could create upwards of $20 trillion of economic value in emerging markets alone in the next 10 to 20 years. And just like the second order effects of the internet were hard to gauge back then (think: Netflix was disrupting Hollywood, not Blockbuster), climate change will be similarly transformational.

What kind of transformation, you ask? Imagine, within a decade, no internal combustion engines. No oil & gas majors. The end of industrial meat. Energy too cheap to meter. Reforestation of a trillion trees.

Climate is no longer your grandmother’s CSR. Instead, it is rapidly becoming one of the biggest wealth-creation opportunities of all times, and the time to jump in is now. Bonus: You end up saving the planet.

How does this play out in practice? Let’s look at India, a country that has made remarkable progress on the first bucket of decarbonising the energy sector (we still love our dirty coal though).

India now has among the highest amount of renewables capacity being added yearly, the lowest cost of this energy, and the most ambitious targets for additional capacity in the future. We’ve also made a lot of progress in electrifying transport, especially in the two- and three-wheeler segment. But before we get out over our skis, remember that compared to the US and Europe, India is still a significantly underdeveloped market for climatetech. There are some fundamental reasons:

Fun fact: All of the companies linked above were started by Indian-origin founders. Just not in India.
where are the opportunities?

1. For better or for worse, in India we often conflate climate change with pollution. That gives us a clue on where we might find future consumer adoption and favourable regulation. India’s transportation sector is ground zero for this, and companies like Yulu, Ather and Ola Electric are great examples of consumer love. At the other end, India’s highly progressive EV regulation has spurred a bunch of business model innovations. Examples include companies like Cell Propulsion (electric fleet for commercial operators) and Three Wheels United (financing play to substitute auto-rickshaws with electric ones).

3. In building climate data infrastructure that the world needs. As industries find their legs in the climate space, there’ll be a massive hunger for data and the entire stack built on top of that. Delhi-based Blue Sky aims to be the Bloomberg for environmental data, betting on the belief that as ESG becomes an important lens for investing, sophisticated financial players (insurers, large asset managers) will need a near real-time auditing capability on the environmental footprint of their portfolio. I imagine something similar will happen as the global carbon offsets market takes off and India becomes a favoured destination for such projects. The world will need companies that can audit forests and soil on a real-time basis. Pixxel is going one step lower down the stack, launching micro-satellites that can gather “hyperspectral” imagery that can help visualise toxic effluents and cropland performance better than what’s possible right now.

4. In building pure consumer internet plays that tap into a global citizen’s hunger for climate solutions. My company Terra.do is the platform for working in climate with the goal to get 100 million people working in the climate economy this decade. An astonishing percentage of our learners are from India. The success of The Better India’s product line of sustainable products shows there’s growing appetite among buyers for consuming responsibly.

I started with an analogy to the internet. Alas, climate change’s transformational power goes even deeper than the internet. It will affect how we do trade and politics within national and international borders. That includes the spectre of balkanised carbon taxes and unilateral geoengineering projects undertaken by desperate countries who’ll be the losers of the climate roulette (that is India). And deeper still, since the resulting wealth redistribution would likely worsen the same social justice divides we’ve always had. Expect massive refugee crises roiling the world, including within and near our borders. Or Mumbai underwater. Or, if the future is not really your thing, the fact that (arguably) India’s GDP is already one-third lower than what it could’ve been due to climate change from the past 30 years!

So the key question to ask yourself is: Is this a “sector” or a “mission” for you? If it’s a sector, you’ll need to get smart about the space, bide your time for the right opportunities and think in terms of portfolio allocation. But if it’s a mission, you’ll need to bring not just your chequebook but also your network, your skills and your heart into what will often seem like an impossibly heart-breaking struggle.

The writer is the founder and CEO of Terra.do

Tweets by @forbesindia
Shrini Viswanath at Upstox on going from a small proprietary trading outfit to an investment platform for 7 million users
Photo Of The Day: Precautionary measures