Climate change is having its moment: Too little, too late?

The only way to decarbonize in time is through massive disruptive innovation across major industry sectors, including transportation, energy, buildings, industrials and agriculture 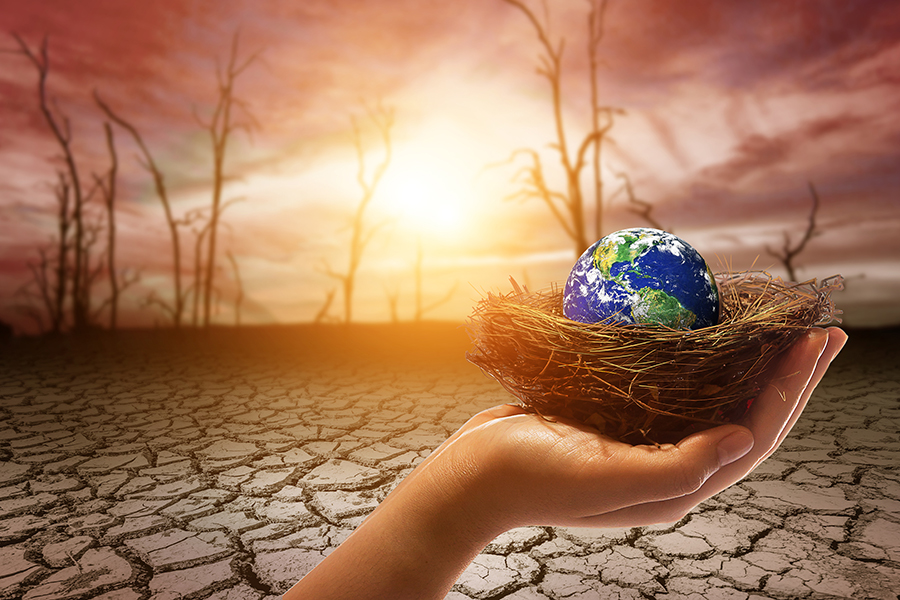 At the current rate, we will reach the internationally recognized warming limit of 1.5 degrees Celsius in just 20 years
Image: Shutterstock

November was a big month for climate, with excitement around renewed talks at the 2021 United Nations Climate Change Conference (COP26) in Glasgow and Biden’s signing of the U.S. infrastructure bill. Thankfully, it seems that the U.S. is moving beyond climate denial and is finally acting. Yet recent commitments made by governments may not be enough to avoid the inevitable disruption that will be experienced around the world due to global warming. Is it too little too late?

In August, the Intergovernmental Panel on Climate Change (IPCC) released a new report warning that many of the significant changes predicted by scientists due to a warming planet, including sea level rise, are now irreversible. Since the pre-industrial era, the average global temperature has risen 1.1 degrees Celsius, and we are already witnessing the devastating impacts of this increase on communities around the world. At the current rate, we will reach the internationally recognized warming limit of 1.5 degrees Celsius in just 20 years. Beyond this limit, the impacts are expected to get exponentially worse. At 2 degrees Celsius, 37 percent of people around the world will be impacted by extreme heat. Predictions get even more dire at 3 and 4 degrees.

To limit global warming to 1.5 degrees Celsius, emissions need to reach net-zero by 2050. We need to act collectively, and we need to act fast.  But where to start? In October, we published a new book titled The Decarbonization Imperative: Transforming the Global Economy by 2050. It is our belief that the only way to decarbonize in time is through massive disruptive innovation across major industry sectors, including transportation, energy, buildings, industrials and agriculture.

COP26 brought countries together to establish bold new climate change commitments. Thankfully, several announcements made by governments provide a pathway to action. The Global Methane Pledge, led by the U.S. and EU, brought more than 100 countries to the table, committing to reduce methane emissions by 30 percent by 2030. Countries representing 91 percent of the world’s forests committed to working together to stop and reverse loss and land degradation by 2030. More than 20 countries and five major financial institutions agreed to end support of the fossil fuel energy sector by the end of 2022. Individual targets were announced by government leaders in South Africa, India, China and the U.K. The U.S. committed to 100 percent renewable energy by 2035. These commitments signal to the world that climate change is a priority, but whether these countries can reach these goals will be dependent on the actions of many stakeholders, including policymakers, businesses and consumers.

Under the U.S. Biden administration, climate is once again a priority. The Infrastructure Bill is a good start. While many were disappointed with the removal of the Clean Electricity Performance Program, which would have penalized utilities slow to adopt renewables and provided incentives to those that exceed government-imposed standards, there is much to celebrate.

The final bill provides $65 billion to upgrade the national electricity grid to support renewable energy expansion. The Decarbonization Imperative calls for the electrification of the transportation, building and industrial sectors. The national grid will need to be expanded and modernized to support the resulting increase in electricity demand as well as the shift to renewable energy, allowing for the addition of energy storage and less centralized, distributed sources. The $65 billion in funding will help to accelerate a shift that is already happening, with solar and wind increasingly becoming cost-competitive with fossil fuels.

The bill also includes $7.5 billion in funding to build out a national electric vehicle charging network. We are less convinced that the funding set aside for such a network is necessary. With commitments being made by major car companies to phase out gasoline-powered cars over the next 10 to 15 years, private interests are already mobilizing to make sure charging is readily available. While federal investment in a national network does provide a signal to the vehicle market that electrification is imminent, this funding would perhaps be more impactful in sectors in which cleantech solutions are yet to be commercialized.

The Infrastructure Bill will provide many investment and job opportunities within the energy and transportation sectors. Yet to decarbonize the global economy we need to see shifts to zero-carbon technologies and practices across all critical sectors, including industrials and agriculture. And it’s in these sectors that a lot of exciting innovation is happening. In The Decarbonization Imperative, we explore solutions such as meat cultivation, vertical farming, green cement, hydrogen, structural timber, concentrated solar and bio-based plastics. These “harder to decarbonize” sectors will be part of the next wave of climate tech investments, led by coalitions like Bill Gate’s Breakthrough Energy Ventures, and they offer incredible market opportunities for those who engage early.

Decarbonization is imperative, yet it will not be easy. Our climate crisis is creating opportunities for innovating the clean technologies that will define our future, creating the next great businesses, driving job creation and fueling economic development. Such a future will not happen, however, in a vacuum.  The COP26 pledges and the U.S. Infrastructure Bill are promising developments, but it will take a much greater concerted effort from many parties in the U.S. and beyond to create the conditions under which a decarbonized future can be achieved.

Tweets by @forbesindia
Best of 2021 Ep. 10: Leonard Langsdorf at Capco on low-code and no-code tools and the rise of the citizen developer
Photo Of The Day: Last victory of 2021