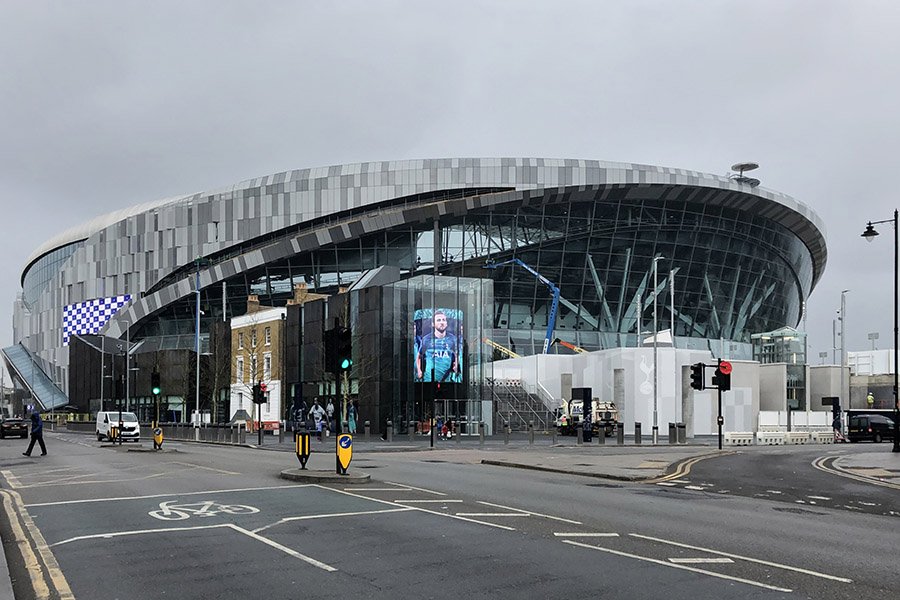 Tottenham are encouraging fans to take public transport or cycle to the match.
Image: Shutterstock

Tottenham are aiming to host the "world's first net-zero carbon" football match at an elite level when the Premier League team face Chelsea on September 19.

Spurs have joined forces with the British government and broadcaster Sky to raise awareness of the dangers of climate change.

The London club hope the fixture, branded "GameZero", will inspire fans to reduce their own carbon footprints.

The eco-friendly London derby comes less than two months before the COP26 climate summit in the Scottish city of Glasgow.

Tottenham are encouraging fans to take public transport or cycle to the match.

They also want supporters at the 62,850-capacity stadium to choose a plant-based food option and recycle their waste.

Both teams will arrive on coaches run on biofuel, which reduces carbon emissions, and the players will be drinking water from cartons provided by Tottenham, as opposed to plastic bottles.

"We are delighted to be the chosen partner of Sky on this ground-breaking initiative that will demonstrate the role our game can play in addressing the urgent issue of climate change," said Tottenham chairman Daniel Levy.

"We look forward to showcasing our wide range of sustainable measures that are already in place and encouraging our fans to take simple actions that can make a huge difference."

Tweets by @forbes_india
Monsoon is drawing to a close. Will the Gods show mercy on India's rain deficit?
Delivery and revenge dining: How Riyaaz Amlani survived the Covid-19 battering