Climate change is a 'hammer hitting us on the head,' developing nations say

A new UN report suggests that atmospheric levels of carbon dioxide had not been this high in at least 2 million years, and the past decade is likely the hottest the planet has been in 125,000 years 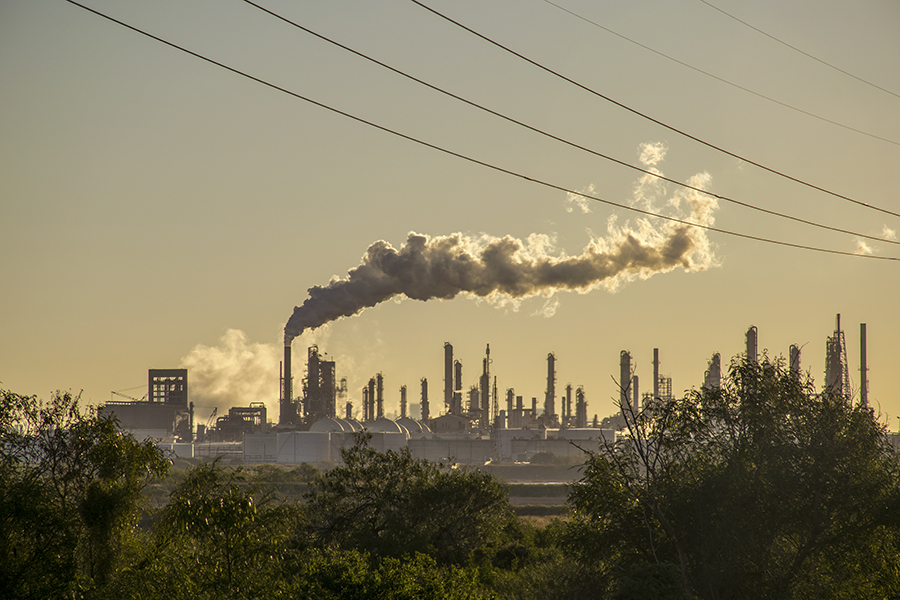 The United States, which historically has pumped more carbon dioxide into the atmosphere than any other country, in April pledged to roughly halve its greenhouse gas emissions by 2030
Image: Shutterstock

When some 200 scientists convened by the United Nations all but demanded on Monday that the nations immediately band together to cut emissions, they portrayed it as a brief window to avert the most catastrophic impacts of climate change.

But as their call ricocheted around the planet, it only underscored the challenge ahead: getting the world’s biggest polluters and its most vulnerable countries to cooperate against a grave global threat.

In unequivocal terms, the new U.N. report said that the world has been so slow to cut emissions, it was certain to miss one of its basic goals to limit warming. It said atmospheric levels of carbon dioxide had not been this high in at least 2 million years, and the past decade is likely the hottest the planet has been in 125,000 years. And in unusually direct terms, it said that human activity — burning oil, gas and coal — was squarely to blame.

The report prompted outrage among some of the world’s most vulnerable countries, whose leaders demanded that rich, industrialized powers immediately reduce their planet-warming pollution, compensate poor countries for the damages caused and help fund their preparations for a perilous future.

“What science is now saying is actually happening in front of our eyes,” said Malik Amin Aslam, special assistant on climate change to the prime minister of Pakistan, where temperatures exceeded 122 degrees Fahrenheit (50 degrees Celsius) last year. “It’s like a hammer hitting us on the head every day.”

Tensions over the report’s findings are likely to course through negotiations taking place ahead of a major U.N. climate conference set for November in Glasgow.

The report concluded that essentially all of the rise in global average temperatures since the 19th century has been driven by humans burning fossil fuels, clearing forests and loading the atmosphere with greenhouse gases like carbon dioxide and methane that trap heat.

“It’s like a turbocharge” for some of the legal strategies that Greenpeace and other organizations have been pursuing in courts for years, said Jennifer Morgan, the executive director of Greenpeace International. Earlier this year, Greenpeace successfully sued Royal Dutch Shell in a Dutch court using evidence from an earlier U.N. report.

The report shows that if emissions of greenhouse gases continue at the same levels or are only slightly reduced, the outcome will be continued warming and worsening effects for at least the rest of the century. But if governments make immediate, drastic cuts in emissions, they can stabilize the climate at about 1.5 degrees Celsius of warming compared to preindustrial levels.

The Earth has already warmed by about 1.1 degrees Celsius.

Despite the jolt the report sent through world capitals, it was clear that some of the biggest polluters, including China and the United States, were unlikely to make the kind of immediate pivot away from fossil fuels that scientists say is needed to hold the rise in global average temperatures to 1.5 or even 2 degrees Celsius, the higher limit set by the 2015 Paris climate accord, an agreement among nations to fight global warming. Nearly every nation that signed the accord is far off track to meet its commitment.

At this point, every fraction of a degree of warming would bring ever more destructive floods, deadlier heat waves and worsening droughts as well as accelerating sea-level rise that could threaten the existence of some island nations, the report said.

The United States, which historically has pumped more carbon dioxide into the atmosphere than any other country, in April pledged to roughly halve its greenhouse gas emissions by 2030. While that is an ambitious goal, it is slightly below the target enshrined in law by the European Union and significantly below that of Britain.

John Kerry, President Joe Biden’s climate envoy, said the U.N. report showed that “we need all countries to take the bold steps required” to limit global warming to relatively safe levels. Unmentioned was the fact that current U.S. laws and regulations are insufficient to meet its own climate goals.

China, the world’s biggest current producer of greenhouse gases, is still increasing its emissions from power plants, transportation and industry. It plans to hit peak emissions by 2030 before starting to cut back until it no longer produces a net increase of carbon dioxide by 2060.

And in India, where emissions per capita are a fraction of those of wealthy nations yet growing at a rapid pace, the government said the U.N. findings point to the need for industrialized nations to do more. India also has been resistant to new language demanding all nations take stronger action to hold global temperatures to a 1.5 degree Celsius increase, arguing wealthy countries have not yet made good on their own targets.

“Developed countries have usurped far more than their fair share of the global carbon budget,” Bhupender Yadav, India’s environment minister, said in a statement. The report “vindicates India’s position that historical cumulative emissions are the source of the climate crisis that the world faces today,” he said.

Referring to the report as “a code red for humanity,” U.N. Secretary-General Antonio Guterres renewed his call for an end to the construction of new coal-burning plants as well as an end to fossil fuel subsidies by governments. “This report must sound a death knell for coal and fossil fuels, before they destroy our planet,” he said in a statement.

For the most vulnerable countries, the report may have given new life to a fight that they have waged with mixed success in recent years to persuade wealthy nations to pay for the climate-change-related damages they are suffering.

“What’s happening in the science affects us immediately,” said Tina Stege, a climate envoy for the Republic of the Marshall Islands, a nation of coral atolls in the Pacific Ocean, much of which is only about 6 feet above sea level. Wealthier polluting countries need to step up their assistance “not just to protect our future generations, but current generations,” she said.

Wealthy nations agreed in 2009 to deliver $100 billion annually by 2020 in public and private finance to help developing countries adapt to climate change and transition to clean, renewable energy like wind and solar. That promise hasn’t been met. At the same time, poor countries have sought money to address the climate-fueled disasters happening now.

“People are suffering and somebody needs to pay for this,” said Saleemul Huq, director of the International Centre for Climate Change and Development at the Independent University, Bangladesh. Noting that Germany’s Cabinet recently approved $472 million to help its citizens recover from recent devastating floods, he questioned why nations could not find money for disasters being suffered by the countries that did the least to cause climate change.