The future farmers of France are tech savvy, and want weekends off

France is the European Union's main breadbasket, accounting for one-fifth of all agricultural output in the 27-country bloc. Yet half of its farmers are over 50 and set to retire in the coming decade, leaving nearly 160,000 farms up for grabs 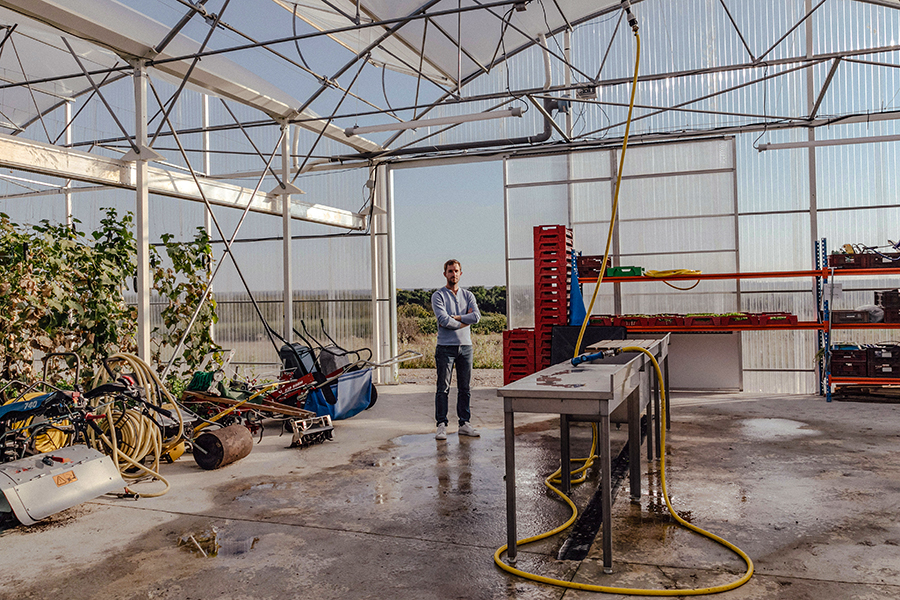 Olivier Le Blainvaux, one of the founders, at Neofarm, an agro-ecological vegetable farm on a compact two-acre plot near Saint-Nom-la-Bretèche, France, on Sept. 28, 2021. Le Blainvaux believes it’s possible for boutique farmers to have better lifestyles. (Andrea Mantovani/The New York Times)

YVELINES, France — On a century-old farm that’s now a startup campus in this verdant region west of Paris, computer coders are learning to program crop-harvesting robots. Young urbanites planning vineyards or farms that will be guided by big data are honing their pitches to investors.

And in a nearby field on a recent day, students monitored cows equipped with Fitbit-style collars that were tracking their health, before heading to a glassy, open work space in a converted barn (with cappuccino makers) to hunch over laptops, studying profitable techniques to reverse climate change through farming.
The group was part of an unorthodox new agricultural business venture called Hectar. Most of them had never spent time around cows, let alone near fields of organic arugula.
But a crisis is bearing down on France: a dire shortage of farmers. What mattered about the people gathered at the campus was that they were innovative, had diverse backgrounds and were eager to start working in an industry that desperately needs them to survive.
“We need to attract an entire generation of young people to change farming, to produce better, less expensively and more intelligently,” said Xavier Niel, a French technology billionaire who is Hectar’s main backer. Niel, who spent decades disrupting France’s staid corporate world, is now joining an expanding movement that aims to transform French agriculture — arguably the country’s most protected industry of all.
“To do that,” he said, “we have to make agriculture sexy.”