Why we need 'traceability' in the food supply chain

The success of food supply chains will depend not only on how efficiently goods move but also on how efficiently data is captured and shared with multiple stakeholders, for better transparency—and eventually, a better standing in the export market

Hemendra Mathur is strategic advisor to Innoterra. He is also Venture Partner at Bharat Innovation Fund, co-founder at ThinkAg and Chairman of FICCI taskforce for agri startups. 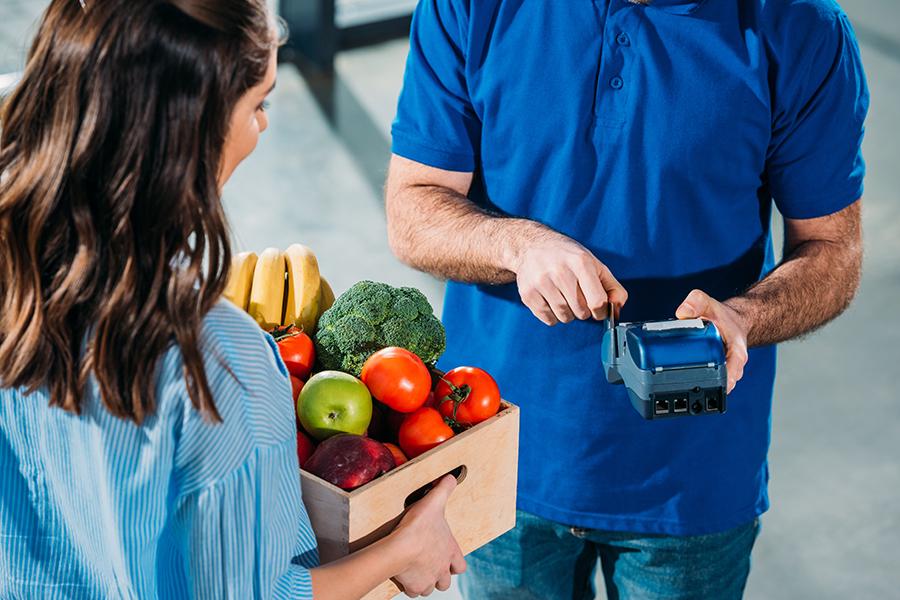 Traceability is not a new concept. It has existed in various degrees of importance across multiple supply chains, more so in B2B parts of the chain, where the transaction volumes are high. However, end-to-end traceability had few takers. The assumption so far has been that the end consumer is indifferent to the origin of the product as long as it is value for money. However, traceability is not just about the origin of the product but also about what happens to the product as it moves through the chain.

In the post-pandemic world, consumer behaviour has changed irreversibly, especially when it comes to a category like food. The Indian food supply chain has one of the highest degrees of opacity between the farmer and the consumer, separated by about 6 to 8 layers of intermediaries in between. This is one of the reasons for the disparity between value creation and price escalation as products move from farm to consumer.

The question is, do consumers care about the farmer who is growing their food or want to know more about the food before buying or eating it? The answer is, not all, but at least some consumers might. In my opinion, this portion of “some” consumers in a post-Covid world could be at least 1/3rd of the urban population—let’s say about 200 million—and the number is going to grow further.

There are three fundamental reasons for increasing propensity of consumer to buy and pay for traceable food:

The next question is, what kind of supply chain would drive the adoption of traceability solutions in Indian context?

GI (Geographical Indication) tagged productsThere are about 360 GI-tagged products in India, most of which fall in the food category, right from Kashmiri saffron to alphonso mangoes to Darjeeling tea and Tirupati ladoo. GI-tagged products have competitive advantages that we have not leveraged enough. One reason is lack of trust in the origin and authenticity of the product, which traceability can address.

Export-linked supply chainIndia exported about $41 billion worth of food products in FY21, a jump of 17 percent from previous FY on the back of increase in demand during Covid-19 times. India can consolidate its position in the world market by increasing its share of about from about 3 percent in world food trade to about 7 percent to achieve the $100 bn export target set by the government. This can happen by increasing our share in strategic categories like rice, tea, spices, and adding new products. Last year, we exported many products for the first time in sizeable volumes including Himalayan millets, jaggery powder, red rice, jamun, black rice, litchi, jackfruit etc

Having said that, Indian exports are facing more scrutiny than ever before. EU has already banned imports of products with traces of insecticide like Tricyclazole, Buprofezin; which are commonly used in Basmati rice cultivation. Government has banned use of these molecules and made the inspection of export consignments mandatory to check for residual levels. This is where traceability solutions become important who can give information on critical criteria like pesticides used, residual levels. India can be proactive by implementing these solutions across all key export linked supply chains, not just for Basmati rice.

Organic productsOrganic foods consumption in India has remained below $ 1bn (out of about $500 bn of food consumed) and we continue to be insignificant players in world organic trade, exporting about $1 bn worth (world organic food consumption is about $ 220 bn). One fundamental reason of low penetration despite high demand is the lack of trust between the consumer and the producer on the authenticity of the organic claim; for which consumer pays a premium. Traceability solutions can plug this trust gap through documented certification and drive organic consumption in India, as well as exports.

Supply chains prone to adulterationThere is no dearth of food supply chains in India where adulteration levels are rampant.  According to a survey by the Food Safety and Standards Authority of India (FSSAI), 70 per cent milk samples collected across the country by the authority did not conform to standards. The common adulterants used in milk are water, urea, detergents, liquid hydrogen. A recently study on the honey supply chain claimed rampant adulteration in honey with sugar syrup. Likewise, many ground spices like chilli, coriander and cumin have adulterants like sawdust, artificial colours and flavours, husk etc.

As consumer awareness about food safety is going up in a post-pandemic world and regulations becoming more stringent, there is potential to integrate technologies to detect and report adulterants, accurately and in real time. We should also think of ways to empower end consumers, retailers and other supply chain members to test the quality with the use of user-friendly technologies.

The key to adoption and scale is to smartly manage the data accuracy, authenticity, auditability, sharing, interoperability with use of relevant and right mix of technologies for traceability such as barcode, geotagging, IoTs, stickering, spectrometry, RFID, blockchains etc. I also believe offering traceability, quality assaying, certification and market linkage together is more compelling value proposition for customers than offering one of them in isolation.

The writer is strategic advisor to Innoterra. He is also Venture Partner at Bharat Innovation Fund, co-founder at ThinkAg and Chairman of FICCI taskforce for agri startups.

2,797
Thank you for your comment, we value your opinion and the time you took to write to us!