The 27-nation EU aims to be "carbon neutral" by 2050, and also wants to wean itself off dependence on Russian oil, coal and gas 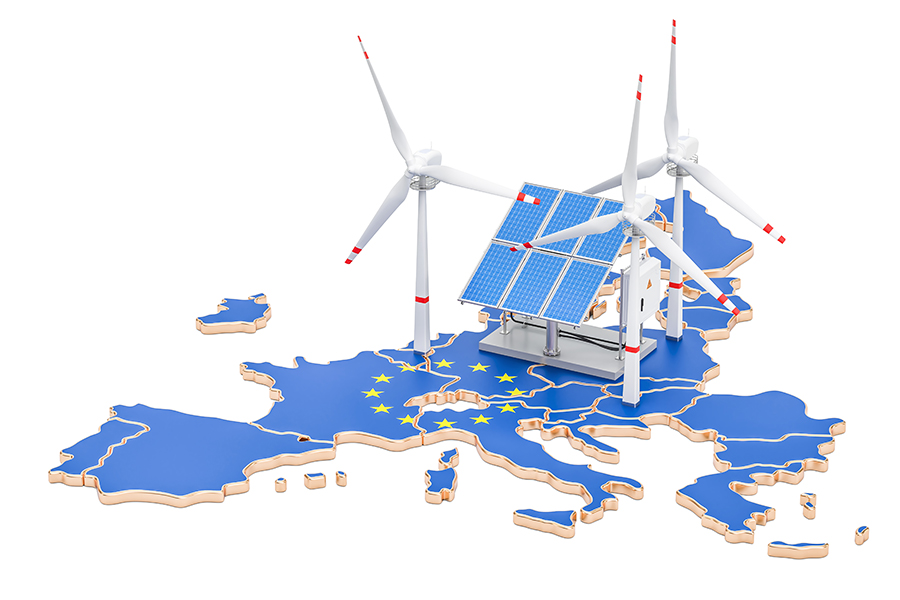 Paris, France: Europe must act fast to secure supplies of crucial metals required for a green energy transition and its best bet is to recycle, a report said Monday.The 27-nation EU aims to be "carbon neutral" by 2050 — reducing greenhouse gases to a level where the amount produced is balanced out by the amount removed from the atmosphere.
The bloc also wants to wean itself off dependence on Russian oil, coal and gas.
To this end, it is seeking not only to use less energy but also to increase the amount of energy generated domestically from renewable resources.
That includes producing electric vehicles and batteries, bringing in more wind, solar and hydrogen technologies, and creating infrastructure to distribute this clean power.

But expanding clean technologies will require substantial inputs of raw metals and — in initial stages at least — much of this will probably have to be imported, according to the study by Belgium's KU Leuven university.
To bring carbon dioxide (CO2) emissions down to "net zero" by 2050, the EU will need "35 times more lithium" than it uses today and "seven to 26 times the amount of increasingly scarce rare earth metals", the "Metals for Clean Energy" report said.
The energy transition will also require far greater annual supplies of aluminium, copper, silicon, nickel and cobalt.

Europe could be self-sufficient for 40 to 75 percent of its clean energy metal needs by 2050 if it invests heavily now in recycling infrastructure and cuts red tape, said the report, commissioned by the European association of metal producers and recyclers, Eurometaux.
For now, the EU remains import-dependent for much of these metals and, the study warns, "there is growing concern about the security of supply".
"Europe needs to decide urgently how it will bridge its looming supply gap for primary metals. Without a decisive strategy, it risks new dependencies on unsustainable suppliers," said lead author Liesbet Gregoir.
China and India, which rely on coal power for metal production, are set to dominate global markets for battery metals and rare earths. Europe relies on Russia today for aluminium, nickel and copper.
If it is to meet climate and social goals, Europe will need to find external suppliers with better environmental and rights records, the report said.
If, on the other hand, it wants to become less reliant on external sources, Europe will need to open new mineral ore mines and refineries.
There is "theoretical potential" for new mines to provide between five and 55 percent of the continent's raw metal needs, the report said.
But projects need to get going now if they are to be operational in time.
Meanwhile, investments in refining are being stymied by Europe's energy crisis and soaring fuel prices.
The study concludes that "recycling is Europe's best chance to improve its long-term self-sufficiency", noting metals recycling produces significantly less CO2 than primary metals production.
By 2050, locally recycled metals could produce "three-quarters of Europe-made battery cathodes, all its plans for permanent magnets production and significant volumes of aluminium and copper".
© Agence France-Presse

Tweets by @forbesindia
Photo of the day: It's time for Coachella
Ukraine's poorest sow seeds under Russian bombs