Why the US can't quickly wean Europe from Russian gas

But energy experts said that building enough terminals on both sides of the Atlantic to significantly expand U.S. exports of liquefied natural gas, or LNG, to Europe could take two to five years 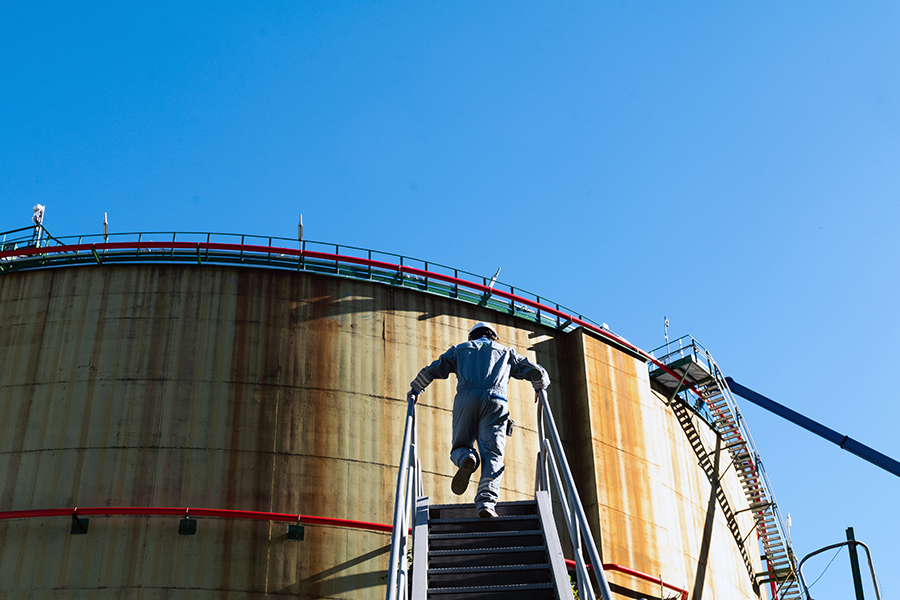 Part of a liquefied natural gas terminal in Panigaglia, Italy, on Feb. 1, 2022. Experts say it will take two to five years to build enough terminals on both sides of the Atlantic to allow for more significant exports of American LNG. (Clara Vannucci/The New York Times)

HOUSTON — The Biden administration wants to send more natural gas to Europe to help it break its dependence on Russian energy. But that lofty ambition will largely be symbolic, at least in the short run, because the United States doesn’t have enough capacity to export more gas and Europe doesn’t have the capacity to import significantly more.

In recent months, U.S. exporters, with President Joe Biden’s encouragement, have already maximized the output of terminals that turn natural gas into a liquid easily shipped on large tankers. And they have diverted shipments originally bound for Asia to Europe.

But energy experts said that building enough terminals on both sides of the Atlantic to significantly expand U.S. exports of liquefied natural gas, or LNG, to Europe could take two to five years. That reality is likely to limit the scope of a natural gas supply announcement that Biden and European leaders are expected to make Friday.

“In the near term, there are really no good options, other than begging an Asian buyer or two to give up their LNG tanker for Europe,” said Robert McNally, who was an energy adviser to former President George W. Bush. But he added that once sufficient gas terminals were built, the United States could become the “arsenal for energy” that helps Europe break its dependence on Russia.

Any effort to increase natural gas exports could also undermine efforts by Biden and European officials to combat climate change. Once new export and import terminals are built, they will probably keep operating for several decades, perpetuating the use of a fossil fuel much longer than many environmentalists consider sustainable for the planet’s well-being.

For now, however, climate concerns appear to be taking a back seat as U.S. and European leaders seek to punish President Vladimir Putin of Russia for invading Ukraine by depriving him of billions of dollars in energy sales.

The United States has already increased energy exports to Europe substantially. So far this year, nearly three-quarters of U.S. LNG has gone to Europe, up from 34% for all of 2021. As prices for natural gas have soared in Europe, U.S. companies have done everything they can to send more gas there. The Biden administration has helped by getting buyers in Asian countries like Japan and South Korea to forgo LNG shipments so they could be sent to Europe.

The United States has plenty of natural gas, much of it in shale fields from Pennsylvania to the Southwest. Gas bubbles out of the ground with oil from the Permian Basin, which straddles Texas and New Mexico, and producers there are gradually increasing their output of both oil and gas after greatly reducing production in the first year of the pandemic, when energy prices collapsed.

But the big problem with sending Europe more energy is that natural gas, unlike crude oil, cannot easily be put on oceangoing ships. The gas has to first be chilled in an expensive process at export terminals, mostly on the Gulf Coast. The liquid gas is then poured into specialized tankers. When the ships arrive at their destination, the process is run in reverse to convert LNG back into gas.

A large export or import terminal can cost more than $1 billion, and planning, obtaining permits and completing construction can take years. There are seven export terminals in the United States and 28 large-scale import terminals in Europe, which also gets LNG from suppliers like Qatar and Egypt.

Some European countries, including Germany, have until recently been uninterested in building LNG terminals because it was far cheaper to import gas by pipeline from Russia. Germany is now reviving plans to build its first LNG import terminal on its northern coast.

“Europe’s need for gas far exceeds what the system can supply,” said Nikos Tsafos, an energy analyst at the Center for Strategic and International Studies in Washington. “Diplomacy can only do so much.”

In the longer term, however, energy experts say the United States could do a lot to help Europe. Along with the European Union, Washington could provide loan guarantees for U.S. export and European import terminals to reduce costs and accelerate construction. Governments could require international lending institutions like the World Bank and the European Investment Bank to make natural gas terminals, pipelines and processing facilities a priority. And they could ease regulations that gas producers, pipeline builders and terminal developers argue have made it more difficult or expensive to build gas infrastructure.

Charif Souki, executive chair of Tellurian, a U.S. gas producer that is planning to build an export terminal in Louisiana, said he hoped the Biden administration would streamline permitting and environmental reviews “to make sure things happen quickly without micromanaging everything.” He added that the government could encourage banks and investors, some of whom have recently avoided oil and gas projects in an effort to burnish their climate credentials, to lend to projects like his.

“If all the major banks in the U.S. and major institutions like BlackRock and Blackstone feel comfortable investing in hydrocarbons, and they are not going to be criticized, we will develop $100 billion worth of infrastructure we need,” Souki said.

A handful of export terminals are under construction in the United States and could increase exports by roughly one-third by 2026. Roughly a dozen U.S. export terminal projects have been approved by the Federal Energy Regulatory Commission but can’t go ahead until they secure financing from investors and lenders.

Roughly 10 European import terminals are being built or are in the planning stages in Italy, Belgium, Poland, Germany, Cyprus and Greece, but most still don’t have their financing lined up.

Tweets by @forbesindia
Brain and Spinal cord tumor in adults
For Madhuri Dixit, 'The Fame Game' felt familiar if not the medium