Cardiologist turned green tech entrepreneur Srikanth Sola saw many people falling sick due to air pollution, including some young patients die on the table. He decided to try and tackle the root of the problem—pollutants in the air—with his startup Devic Earth 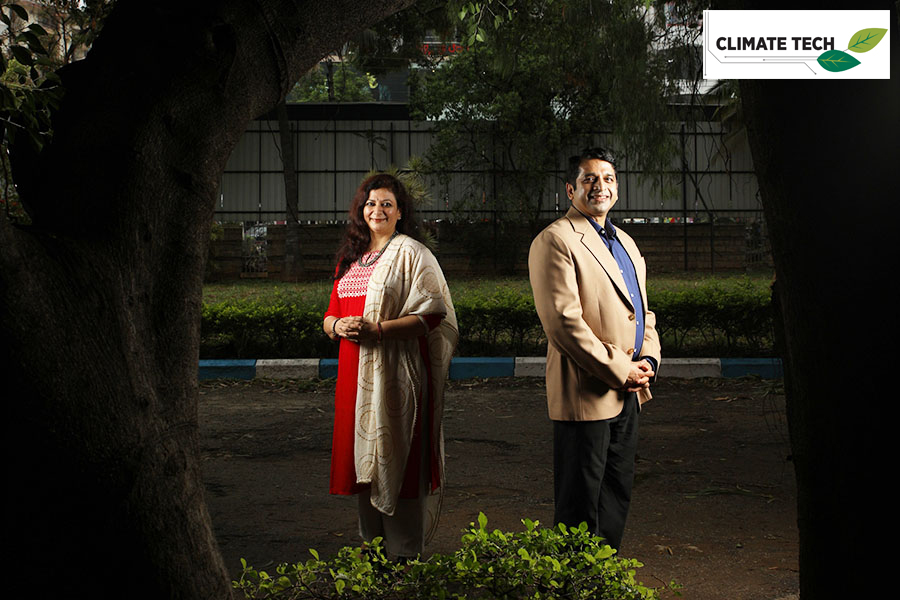 Multiple startups are applying innovation to address various aspects of sustainability and pollution, and creating new-age products with multiple use cases. Read about some key companies here Who would have thought that a cardiologist was going to become a green tech entrepreneur?” says Srikanth Sola, who switched careers from being a heart surgeon to tackle air pollution with technology.

Sola is founder of Devic Earth, in Bengaluru, which makes devices that emit radio wave pulses to reduce air pollution. He went to Stanford University and worked in Cleveland Clinic. He came to India in 2008 and while working at the Satya Sai Hospital saw many were falling sick due to air pollution.
Seeing some young patients “die on the table” shook him. His biomedical engineering experience and knowledge of MRI scans trigged an idea that radio wave pulses could be useful. Other groups had used it in the 90s to tackle pollution in water. He wanted to see if it could be done with air pollution. So, he started Devic Earth in 2018. 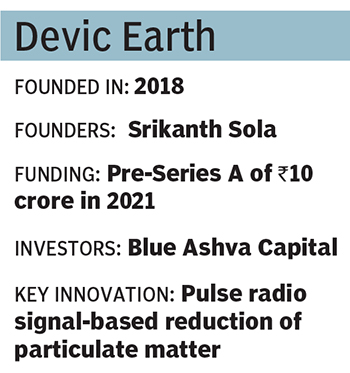 Its flagship product, Pure Skies, uses pulsed radio waves to clean air. At the push of a button, the device can help remove 40-50 percent of nano-sized particles at less than 20μm, including PM2.5 (particulate matter) and PM10 from the air.
The physics involves using the radio wave pulses to speed up a natural occurring process in which tiny particles of dust stick together because of the electric charges they carry, and settle down as “dry deposition” when enough of them stick together and therefore become heavier.
On factory floors, Pure Skies improves air quality by about 50 percent, and that leads to fewer sick leaves, improving productivity by about 11 percent year over year, Sola claims.
“We see it as software-enabled hardware,” Sola says. There is also an Internet of Things system that allows Devic Earth to communicate with a network of devices, including air quality monitors.
Among its customers are Tata Steel, a cement manufacturer, and organisers of marathons.
The product is about the size of a desktop office printer and uses 10-20 watts of power; upcoming ones will work with solar power.
Devic Earth is experimenting with miniaturising its device from about 8 kg to a few hundred grams as part of a technology discovery network for Nasa, which is looking at reducing lunar dust. On Earth, the startup is being pilot-tested by BHP in a copper mine in Chile to reduce nitrogen oxides. “It’s a 100 percent made-in-India product and we are proud of it,” Sola says.

Tweets by @forbesindia
Photo of the day: What doesn't meet the eye
What is QUAD, and how does it work?