For the first time in the history of the Intergovernmental Panel on Climate Change, the report includes chapters dedicated to technology, innovation and demand-side measures

Aakash Ranison is a Responsible Traveller & Climate Change Activist. He can be reached at namaste@aakashranison.com 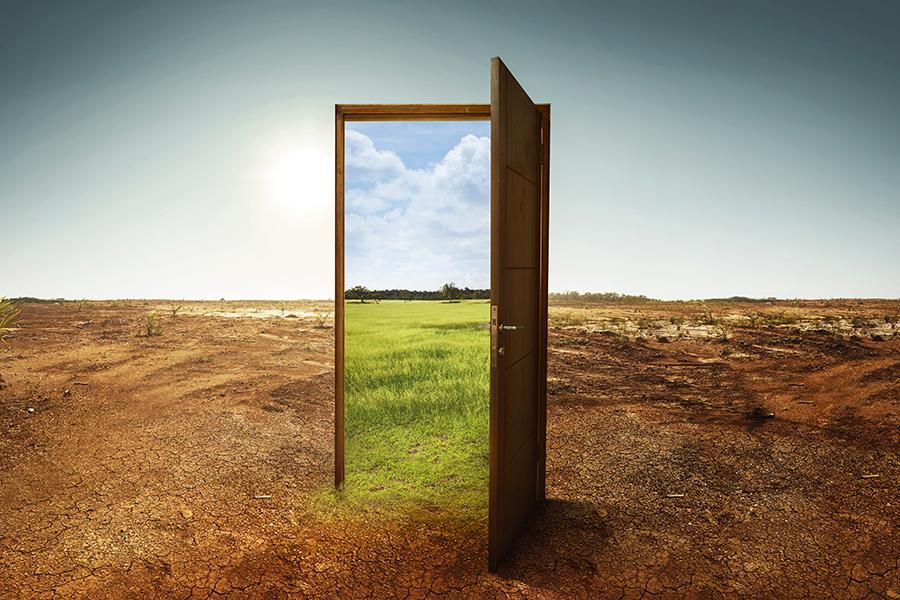 Even though the renewable energy sector attracted the highest level of funding in recent years, there are many sectors that are critical to the net-zero transition that needs a significant boost in investments. Image: Shutterstock

One of my favourite keywords as a climate change activist is mitigation. The dictionary defines this word as “the action of reducing the severity, seriousness, or painfulness of something”. For me, this term means hope. It means that we have not yet reached the dead end and there are ways to reverse the damage of climate change.

Mitigation is the foundation of the recent Intergovernmental Panel on Climate Change (IPCC)’s third of its four-part Sixth Assessment Report (AR6). Titled ‘Mitigation of Climate Change, the report is a broad spectrum of topics, from mitigation pathways and in-depth sectoral analysis to finance international cooperation, net-zero, and carbon dioxide removal. For the first time in IPCC history, chapters dedicated to technology, innovation, and demand-side measures are included. The Working Group III (AR6 WGIII) report will be the most comprehensive review to mitigate climate change since the 5th assessment (AR5) which was published in 2014.

In the 2015 Paris Agreement, the mitigation literature largely reflects on increasing net-zero commitments, and the growing need for action from non-governmental stakeholders, including businesses, industry, and financial institutions. The report says that “Reaching 'net-zero' by 2050 will help the world avoid worst-case scenarios, but will require a huge step-change in the deployment of resources, supportive policies, and technologies like wind and solar. Scientists are clear that only a very small window remains to meet the goals of the Paris Agreement.”

Speaking at the launch of the report, IPCC Chair Hoesung Lee said, “We are at a crossroads. The decisions we make now can secure a liveable future. We have the tools and know-how required to limit warming. I am encouraged by climate action being taken in many countries. There are policies, regulations, and market instruments that are proving effective. If these are scaled up and applied more widely and equitably, they can support deep emissions reductions and stimulate innovation.”

Some of the issues addressed in the report are as follows:

1) Increase in greenhouse gas emissions since 2014

According to the current national climate plans (NDCs), global temperature will be at 2.7°C this century, or possibly higher. If carbon dioxide (CO2) emissions continue at current rates, we will exhaust the remaining 1.5°C carbon budget in the early 2030s. This is a detour from the 2015 Paris Agreement that motivated 196 countries to limit global warming to well below two, preferably to 1.5 degrees Celsius, compared to pre-industrial levels.

The report states that of the greenhouse gases (GHGs), carbon dioxide causes most warming due to its high concentration and long lifetime in the atmosphere. Despite efforts to reduce emissions, our burning of fossil fuels adds more CO2 to the atmosphere, pushing the cumulative atmospheric concentration to unsustainable highs. Between 1850 and 2019, coal, oil, and gas accounted for about 66 percent of cumulative CO2 emissions, with land-use change responsible for about 32 percent. But since AR5, there has been greater recognition of increasing emissions of methane (CH4) and nitrous oxide (N2O). Both are potent GHGs that trap about 34 and 300 times more heat than CO2 respectively (over a 100-year period). Methane is responsible for almost a quarter of human-caused warming to date, and concentrations are increasing faster now than at any time since the 1980s.

2) Without a drastic boost in climate ambition, our hopes of achieving the Paris Goals are out of reach

We already knew the dangers of delayed mitigation in 2014, when the IPCC stated that scenarios with high emissions through to 2030 would have higher long-term economic costs, and would “substantially increase the difficulty of the transition” and “narrow the range of options consistent with... 2°C.” Today, average annual emissions cuts needed to stay below 1.5°C are four times higher than they would have been if collective mitigation and ambition started in 2010, according to the United Nations Environment Programme (UNEP). This highlights the need to act fast.

In 2020, during the Covid-19 pandemic, global GHG emissions observed a historical large drop in CO2 emissions from fossil fuels and industry. During the height of global lockdowns, daily emissions dropped by 17 percent compared to 2019, levels not seen since 2006, and people around the world were allowed a short respite from deadly air pollution. Since then, emissions have rebounded and were the highest yet last year. Research, however, has shown that rebuilding the economy in a more green, sustainable, just, and climate-centered way represents a far greater opportunity than the short, lockdown-triggered emissions break, which will have little impact in the long run. The world must begin phasing out fossil fuel infrastructure. Existing infrastructure alone will make the 1.5°C targets impossible to reach.

Delaying mitigation means we will have to cut more emissions each year to stay Paris-aligned by 2030. Investment levels are also nowhere near to what we need to stay Paris-aligned. The 2015 agreement recognised the key role finance plays in both mitigation and adaptation—it placed investors and financial commitments centre stage for climate policy and action. However, climate finance has only increased slightly since AR5, reaching about USD 579 billion in 2018/2017. This is about ten times less than the estimated USD 6.3 trillion needed every year by 2030 to stay Paris aligned. Climate finance is cheaper than paying climate damages and must be prioritised.

“It’s now or never if we want to limit global warming to 1.5°C (2.7°F). Without immediate and deep emissions reductions across all sectors, it will be impossible, says IPCC Working Group III Co-Chair Jim Skea.

The report adds that “Research, including last month’s landmark AR6 WGII report, shows that climate change affects people differently by gender, race, and ethnicity, and these all link to economic vulnerability. Marginalised groups have less access to energy, and are useless.”

It finds that the inclusion of women in policy-making can lead to better climate policy. Climate groups are now recognising that disadvantage is the result of many interacting systems of oppression.

Since AR5, there has been substantial growth in climate policy, legislation, and treaties at the international, national, and sub-national levels. The report adds that “an electrified global energy system, powered by clean renewable power and storage, gives countries their best chance of energy security and a safer, fairer world. Countries that have adopted low carbon policies are already seeing a drop in emissions. The rapid deployment and falling costs of renewable energy have massively outpaced and exceeded the expectations outlined in AR5. But it’s not enough.”

The report further says that, “Renewable energy has also continued to massively outperform forecasts, making it a post-AR5 success story. Just in 2020, the amount of new renewable electricity capacity added rose by 45 percent to 280 gigawatts, the largest year-on-year increase since 1999, while costs have fallen sharply in that time. And, more recently, the concept of ‘net-zero’ entered the policy arena in full force.”

In 2014, the IPCC was not directly using net-zero language but concluded that limiting the cumulative emissions of GHGs to zero was key to stopping climate change. Today, 136 countries with 85 percent of the world’s population, covering 88 percent of global emissions have set net-zero targets, although the targets and timing of how they are delivered remain under criticism for being too vague. 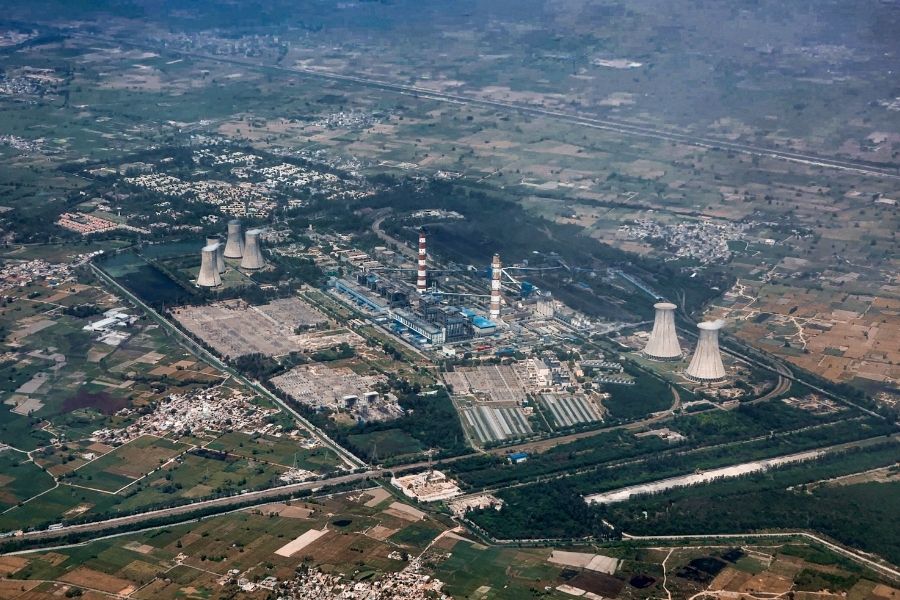 Some of the key steps mentioned in the report to achieve net-zero are:

1) Rapid mitigation across the full range of GHGs

Scientists have shown that even if carbon dioxide emissions are Paris-aligned, ignoring methane emissions will lead to overshooting the Paris agreed temperature goals while abating nitrous oxide emissions would help achieve the temperature targets as well as a suite of Sustainable Development Goals (SDGs).

A consistent success story since AR5 is the rapid deployment and falling costs of Renewable Energy (RE) such as solar, wind, and batteries, which have massively outpaced and exceeded the expert expectations outlined in AR5. But we still need to ramp up.

For net zero, all unabated coal and oil power plants need to be phased out by 2040. Increasing energy efficiency is also key.

4) Some degree of carbon removal is needed

Net-zero is achieved when the emissions going into the atmosphere are balanced by those removed. It is possible to achieve global net-zero while still allowing for emissions in some sectors, as long as these ‘hard to abate’ emissions are also being removed and permanently stored.

5) Transforming the Agriculture, Forestry and Other Land Use (AFOLU) sector is crucial

Today, AFOLU accounts for nearly a quarter of global GHG emissions, and sectoral emissions have been climbing in recent years. Livestock production and rice cultivation are the main culprits. The sector is also a carbon sink, as plants and biomass draw carbon dioxide from the atmosphere when they grow. Transforming the sector can reduce emissions.

The current scale and speed of urbanisation is unprecedented in human history, and since AR5 it has become even clearer that urban areas contribute the majority (about 70 percent) of the global footprint, posing an enormous challenge for climate mitigation. New urban planning presents a unique opportunity to reduce carbon lock-in.

Many more aspects of mitigation and gaps in our knowledge will be explored by the IPCC in this report. For example, the IPCC will dedicate a chapter to demand-side mitigation for the first time, which will explore how behaviour and lifestyle changes can reduce emissions, like shifts in diets, transport, buildings, and the efficient use of materials and energy. In general, scientists agree that systemic infrastructural and behavioural change will be part of the transition to a low-carbon society, but the feasibility and mitigation potential of demand-side measures remains a knowledge gap.

The report calls for transparency as the key going forward. It points to how net-zero targets should not be seen as end-points, but rather as milestones on the path to negative emissions; milestones that require detailed roadmaps as well as short-term goals.

The writer is a responsible traveller and climate change activist.

3,459
Thank you for your comment, we value your opinion and the time you took to write to us!